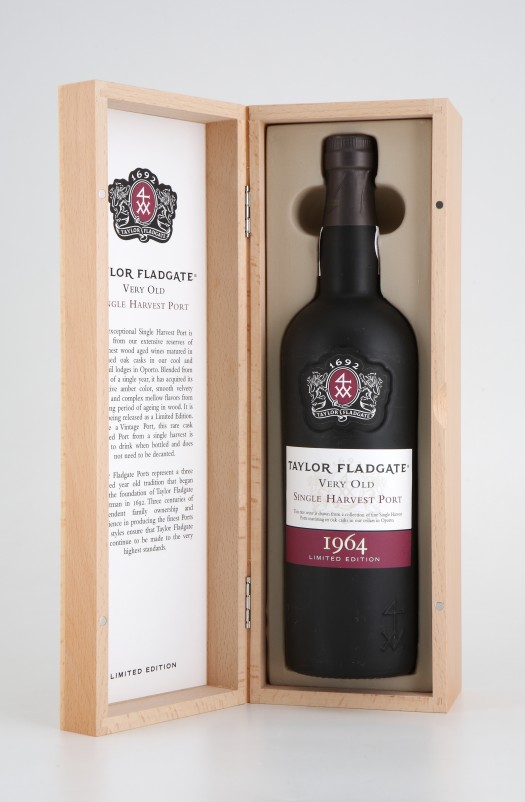 Even seasoned wine enthusiasts often get confused over the world of Port, and who can blame them? Bottled both in vintage-dated and non-vintage but “xx years old” varieties (and in ruby, tawny, white, and other versions), the topic quickly gets complicated — when all you want to do is enjoy something sweet with dessert.

What’s the difference between ruby and tawny, the two major types of nonvintage Port? As Taylor Fladgate wine director David Guimaraens says, “Most people are familiar with the dark purple, ‘ruby’ Ports which range from very basic up to the storied Vintage Ports.  Rubies are aged in bottles, so they keep their fresh red fruit flavors.  On the other hand, Tawny Ports are aged in wooden casks, so they have more interchange with the air around them.  This process evolves their color to a ‘tawny’ amber color, and changes their flavors from predominantly fruity to predominantly nutty.”

Guimaraens’ comments aside, I’d still characterize most tawny Ports as extremely fruity, but more chocolatey and coffee-like than rubies. These notes come across more distinctly in older bottlings, though. Young tawny can often be just as fruity as a typical ruby.

What does “10 years old” or “20 years old” mean in these Ports? Well, contrary to what you might expect, it doesn’t mean that in 2004 or 1994, Port was dumped into a barrel and a decade or two later was prepped for bottling. Ports with age statements like this are blends of a variety of years, and the number on the label is somewhat meaningless. Most tawnys are a blend of solera-style old stock and young stock, and the years noted on the label are a sort of moving target that the blender is supposed to aim for. There’s nothing requiring any sort of accuracy here, and in many cases no way of even knowing how old the wine is in any given bottle. But a 20 year old should at least taste older than a 10 year old, even if both of those numbers are fudged a bit.

The exception of course is when a vintage does actually appear on the label. That’s the case with the last tawny on the list below, a 1964 single-vintage Tawny Port from Taylor Fladgate. What that means is exactly what it sounds like: This Port was made exclusively from grapes picked in ’64. Yes, 50 years ago. They’ve been mellowing out in barrel ever since, and aren’t blended with other vintages. And unlike non-vintage Tawny, this stuff won’t be around forever, so snap it up while you can.

Croft, Fonseca, and Taylor Fladgate are all sub-brands of Taylor’s, a mega-Port operation whose CEO, Adrian Bridge, we’ve met on several occasions. He’s a swell guy, and we’re excited to offer notes on several Tawny Ports in current release, as well as the exceptional 1964. Thoughts follow.

NV Croft Aged Tawny Porto 10 Years Old (bottled in 2010) – Bright raspberry and sour cherry notes, just the right amount of vinegar to balance out some very focused fruit flavors. I’ve always thought of Croft as the fruitiest of vintage Ports, and here it produces a tawny that is closer to the ruby style of Port than most others you’ll encounter. Very easy drinking and versatile. A- / $28

NV Fonseca Aged Tawny Port 10 Years Old – Jammier, with more chocolate notes, and a lightly minty finish. Long, bold, and lightly creamy on the palate, this is a tawny with a little more oomph and more sourness on the back end. B+ / $23

NV Taylor Fladgate Tawny Port 10 Years Old – Somewhere between the fruitiness of Croft and the power of Fonseca lies Taylor Fladgate’s 10 year Tawny, an inviting wine with ample fruit at the core, but with bittersweet edges of licorice, chicory, and coffee bean. These characteristics, plus some chocolate notes, tend to overtake the fruit on the finish, but the body, on the whole, is surprisingly delicate. Complex, yet a bit immature. B+ / $23

NV Fonseca Aged Tawny Port 20 Years Old – Plenty of fruit and body here, but the chocolate notes are pumped up, and the fruit takes on more of a classic, Port-like raisin character. At 20, some of the more rustic elements of the Fonseca 10 Year Tawny are rounded out, giving this Port a slightly more refined construction, albeit one with plenty of lasting sweetness. A- / $40

NV Taylor Fladgate Tawny Port 20 Years Old – Lots of intensity here, with an almost bruising sour cherry and tart raisin character that overpowers some of this Port’s more delicate coffee and chocolate notes. The finish is lasting and almost punishing in its mouth-puckering character. This is a step back from the 10 year. B / $40

1964 Taylor Fladgate Single Harvest Tawny Port (pictured) – Wow, this is how tawny should be experienced. Drawn from a single vintage that’s 50 years old, this tawny is showing well rounded notes of cinnamon, raisin, and allspice… layered with cedar wood, chocolate, and coffee bean notes. The finish is long and sweetly sour — ending on a note of Cherries Jubilee that has the perfect balance of fruity and winey flavors. Lovely. A / $300

taylor.pt  [BUY THEM NOW FROM WINE.COM] 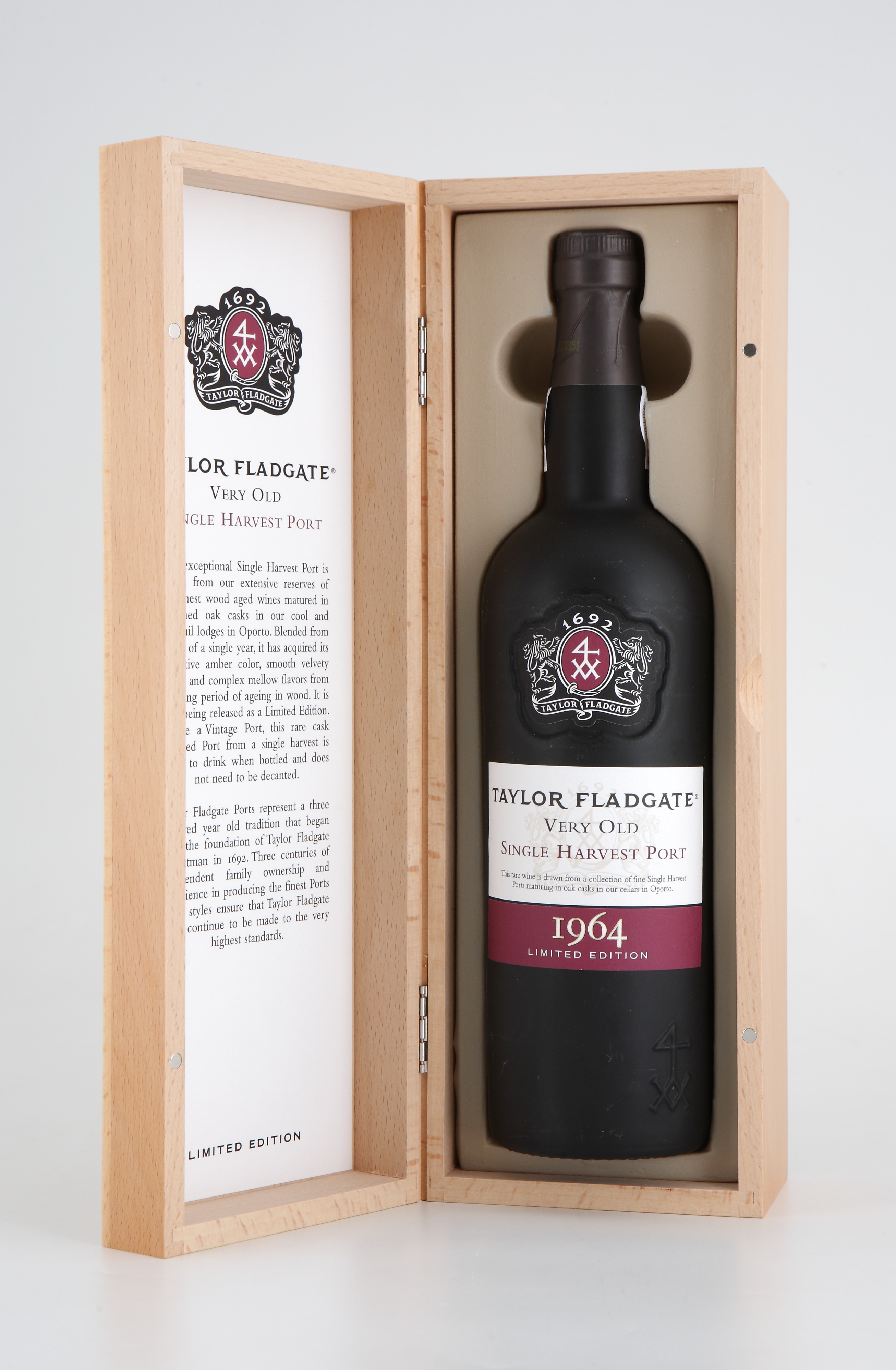