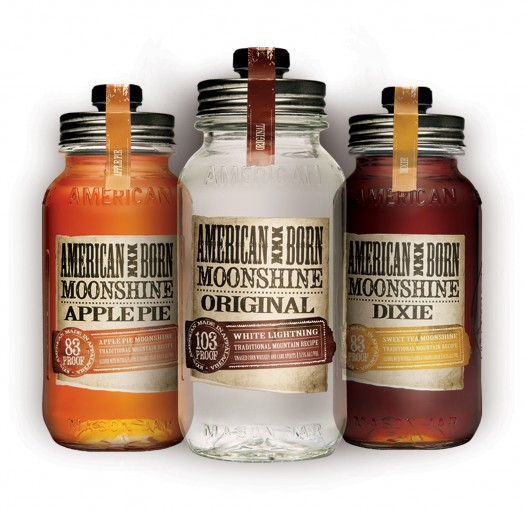 Moonshine continues to grow as a category, and this Nashville-based producer, founded in 2012, is getting its first products on the market in its home state, plus four others. Featuring mason jar bottles with a custom pouring system built into the lid, the company aims to class up an (often intentionally) unsexy industry.

Purportedly made from a 200 year old recipe, American Born Moonshine uses a 100% corn mash that’s sweetened with sugar. Two flavored (and lower-proof) versions are also on the market. We tasted them all, straight out of mini Mason jars.

American Born Moonshine Original White Lightning – Unaged and overproof, this moonshine is the legit stuff. Popcorn and cane sugar on the nose, it’s got a surprising level of refinement lacking from most moonshines, presenting some measure of balance from the start. On the tongue, the popcorn fades to reveal more sweetness, almost like that from grape juice, plus notes of toasted marshmallow, marzipan, and nougat. Sippable on its own, but more intriguing as a mixer, and one of the best white corn whiskeys you’ll find on the market right now. 103 proof. A- [BUY IT NOW FROM CASKERS]

American Born Moonshine Apple Pie – One of the most popular of flavors for moonshines these days, American Born’s apple pie flavored ‘shine is heavier on tart apple notes and lighter on those traditional apple spice characters like cinnamon and cloves. The nose hints at more, but the juicy body is more akin to cider than pie. Nothing wrong with that, but it’s not exactly what’s on the label — and who wants a glass of juice when they could be eating pie? 83 proof. B [BUY IT NOW FROM CASKERS]

American Born Moonshine Dixie Sweet Tea – Tea flavoring has been fading from the vodka world for a while, but here it shows its face again. In fact, the company claims this is the first sweet tea-flavored moonshine on the market. ABM’s rendition is sweet first, tea second, though both components come through in spades. The slightly corny finish adds an interesting spin, but I can’t say I prefer it to a more straightforward tea-flavored vodka. As with its compatriots, it’s easily enjoyable on the whole. 83 proof. A- [BUY IT NOW FROM CASKERS] 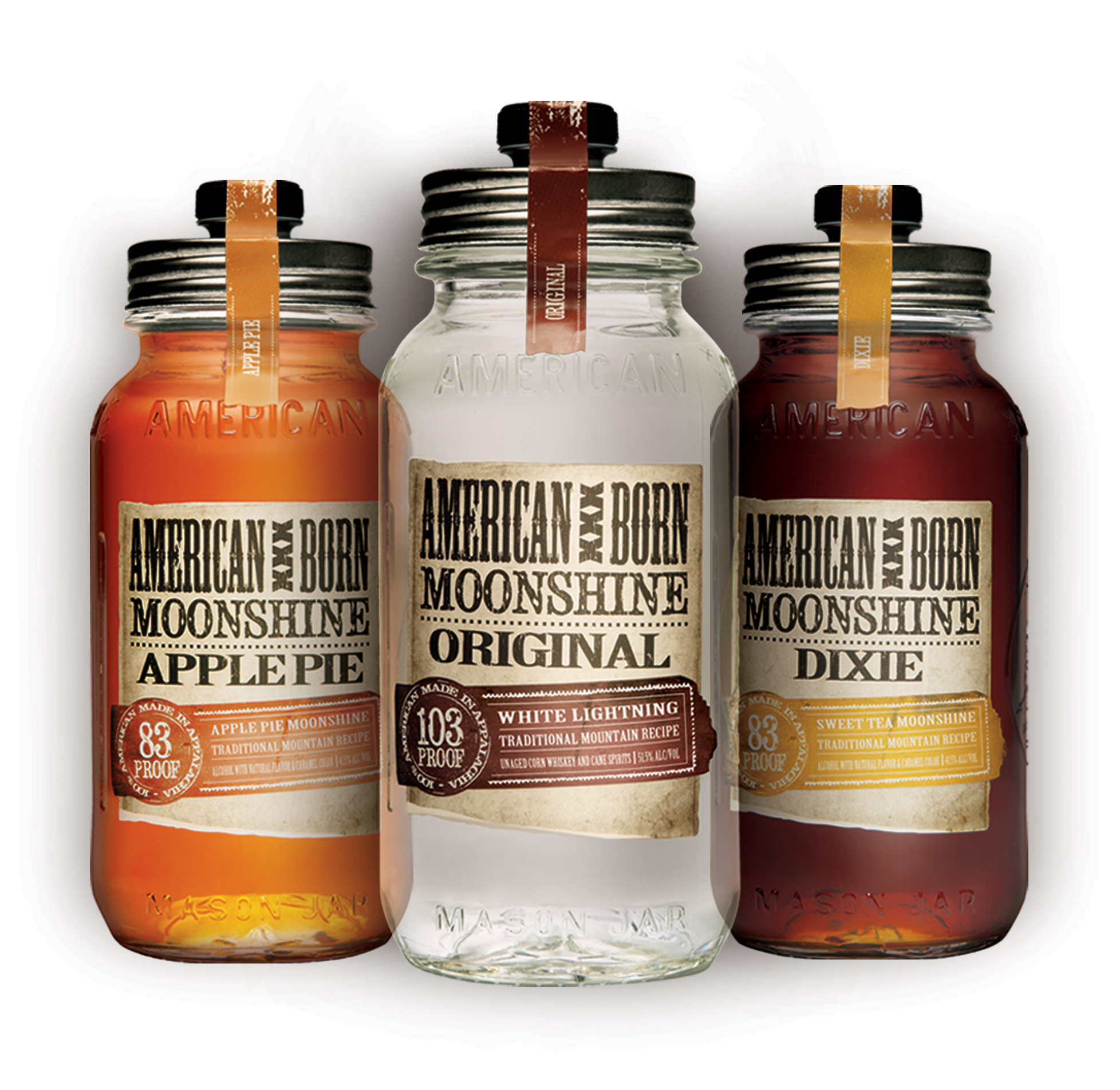