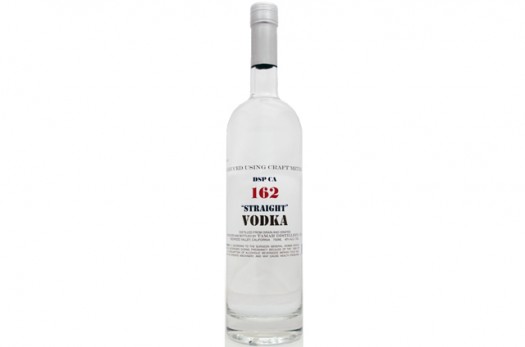 In 2010, California-based Craft Distillers sold its highly-regarded Hangar One Vodka line to Proximo Spirits. (You may not have even realized this, but now you know.) At the time, Craft signed a strict non-compete agreeing not to make vodka for three years. Well, the three years are up, and Craft is now back at work with some vodkas which incorporate flavors that might sound a bit familiar.

No frills here, and that’s by design to keep the focus on what’s in the bottle; the brand name refers to an old federal designation for the distillery. The scientifically-named spirits are distilled in the company’s copper cognac still from a wheat base, and the flavored vodkas are made with real macerated fruits. They’re filtered, but these spirits do still have a slight yellow tint to them. All of the botanicals are grown in the rare-fruit orchards of John Kirkpatrick in the San Joaquin Valley.

Vodka DSP CA 162 Straight – This vodka takes the wheat-base spirit and blends it with vodka made from wine grapes (riesling and viognier). You can smell the pot still character right from the start. Mineral notes play with a bit of grainy character, marshmallow, and nougat on the nose. The body is silky with a pungent character common to grape-based vodkas, balanced by modest sweetness and, curiously, some stronger cereal notes on the finish. You’re left with a character that is, surprisingly, not unlike a white whiskey or a blanche cognac. B [BUY IT NOW FROM CASKERS]

Vodka DSP CA 162 Citrus Hystrix – Flavored with Malaysian limes and their leaves. Brisk lime character on the nose, like candied lime peel. Bracing on the body, with crisp lime balanced with the right amount of sweetness. The lasting finish really brings out the leaf component, with just the right of grassiness poured over the tart body. The old Kaffir Lime vodka was always the most popular Hangar One flavor (at least in my experience in the field), and the company hasn’t strayed far from a successful formula. Big win here. A [BUY IT NOW FROM DRIZLY]

Vodka DSP CA 162 Citrus Medica var. Sarcodactylis – Flavored with Buddha’s Hand citrons. The aromatics are somewhat muddier than my memory of the crisp Hangar One Buddha’s Hand, but otherwise it’s very aromatic and unusual — almost perfumed — on the nose. The body has a creaminess to it — like lemon meringue pie — with a vaguely tropical character going on. Herbal notes or rosemary and sage emerge over time, particularly on the nose. A- [BUY IT NOW FROM DRIZLY]

Vodka DSP CA 162 Citrus Reticulata var. Sunshine – Flavored with tangerine and tangelo. A pretty orange nose recalls mild mandarines, but the body pumps it up with a brightness that almost hits a Tang-like quality. Sweet but not sugary, this is probably the most “modern” vodka in the lineup, but it’s also the most approachable on its own. Cosmo lovers would be calling this vodka all night long, but I doubt many cosmopolitan drinkers could pronounce the name. A- [BUY IT NOW FROM CASKERS] 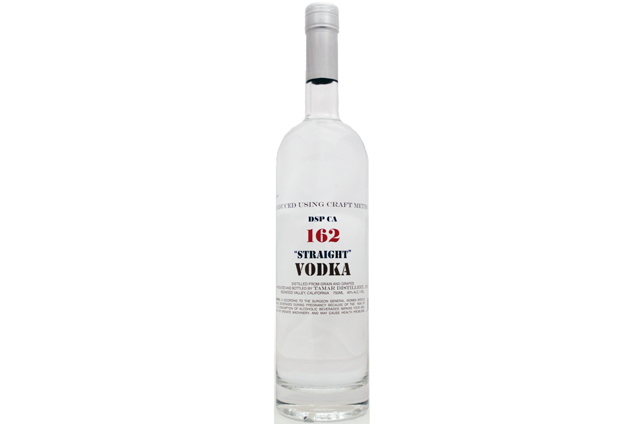