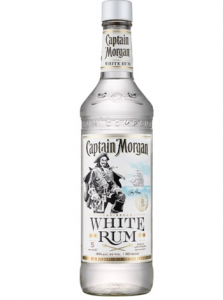 OK, on one hand, Captain Morgan has no business making a white rum. What, someone’s going to go to a bar and ask for a “Captain Morgan White and Coke”? Come on.

On the other hand, why not? Captain Morgan is one of the biggest rum brands on the planet, so why not have the biggest building block of the rum world as part of the stable?

Whether it’s a good idea or not I’ll leave to the market to decide. Here’s how it stands on its own.

Five-times distilled (or so they say) in St. Croix, Captain Morgan White is a perfectly well-made white rum, if a bit short of spectacular. The nose is harmless, with notes of lemon and chili pepper and with touches of rubber and fuel, both typical of younger white rums. The body features classic vanilla caramel notes along with brown sugar, and the finish is quite lemony, ending with a bit more of those fuel notes.

Again, nothing shocking here, but it’s perfectly respectable as a mixer… just like the regular Captain Morgan, for that matter. 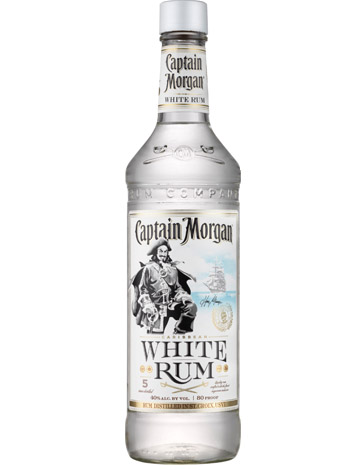