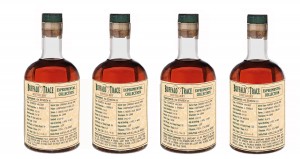 As I explained back then: Entry proof describes the alcohol level of a whiskey when it goes into the barrel for the first time. Generally whiskey is watered down a bit before barreling, often to between 105 and 125 proof, before it’s wheeled into the warehouse.

This release differs from the last one in two ways. First, the white dog came off the still at 140 proof, not 130. Second, this recipe is BT’s rye bourbon mashbill (aka mash #1), not the wheated one from last year. Same as last time, though, this white dog was split into four batches, one barreled at 90 proof, one at 105, one at 115, and finally one at 125 proof. All four spent 11 years, 9 months in barrel, and when bottled, they were all brought down to 90 proof. (These barrels were distilled, barreled, and bottled all around the same time as the wheated ones.)

Buffalo Trace Experimental Collection – Rye Bourbon 90 Entry Proof – Light and airy, a candy bar of a whiskey with notes of cherry, nougat, and caramel. Finishes smoothly sweet and easy. Not a lot of complexity, but it makes up for it in delightful simplicity. This is one you could drink all day. A-

Buffalo Trace Experimental Collection – Rye Bourbon 105 Entry Proof – Much different on the nose, with wood-forward aromas and hints of baking spice and menthol. The body is generous and considerably more balanced than the nose would indicate. Caramel and orange are the major notes, with the burly woodiness coming on stronger on the end. A straightforward if unremarkable rendition of an older bourbon. B

Buffalo Trace Experimental Collection – Rye Bourbon 115 Entry Proof – Racy on the nose, with Madeira and Port-like notes. Bold on the palate, with notes of sherry, clove-studded orange, and vanilla caramel on the finish. Great balance here, with a rich, well-rounded body. A-

Buffalo Trace Experimental Collection – Rye Bourbon 125 Entry Proof – This is BT’s standard entry proof, so should be closest to a typical Buffalo Trace mash #1 whiskey at this age. It’s a blazer on the nose, masking leather and wood notes with somewhat raw heat. It settles down with time, however, revealing a fairly traditional profile of vanilla, caramel, and milk chocolate, with some sawdust edges licking up on the back end. A fine effort but one that doesn’t really distinguish itself especially. B+

As with the rye experiments, this is again a fun exercise — and curiously I liked both the 90 proof and 115 proof expressions the best the last time out. Still, my hunch is that barrel variability probably has a bigger ultimate impact than entry proof does. 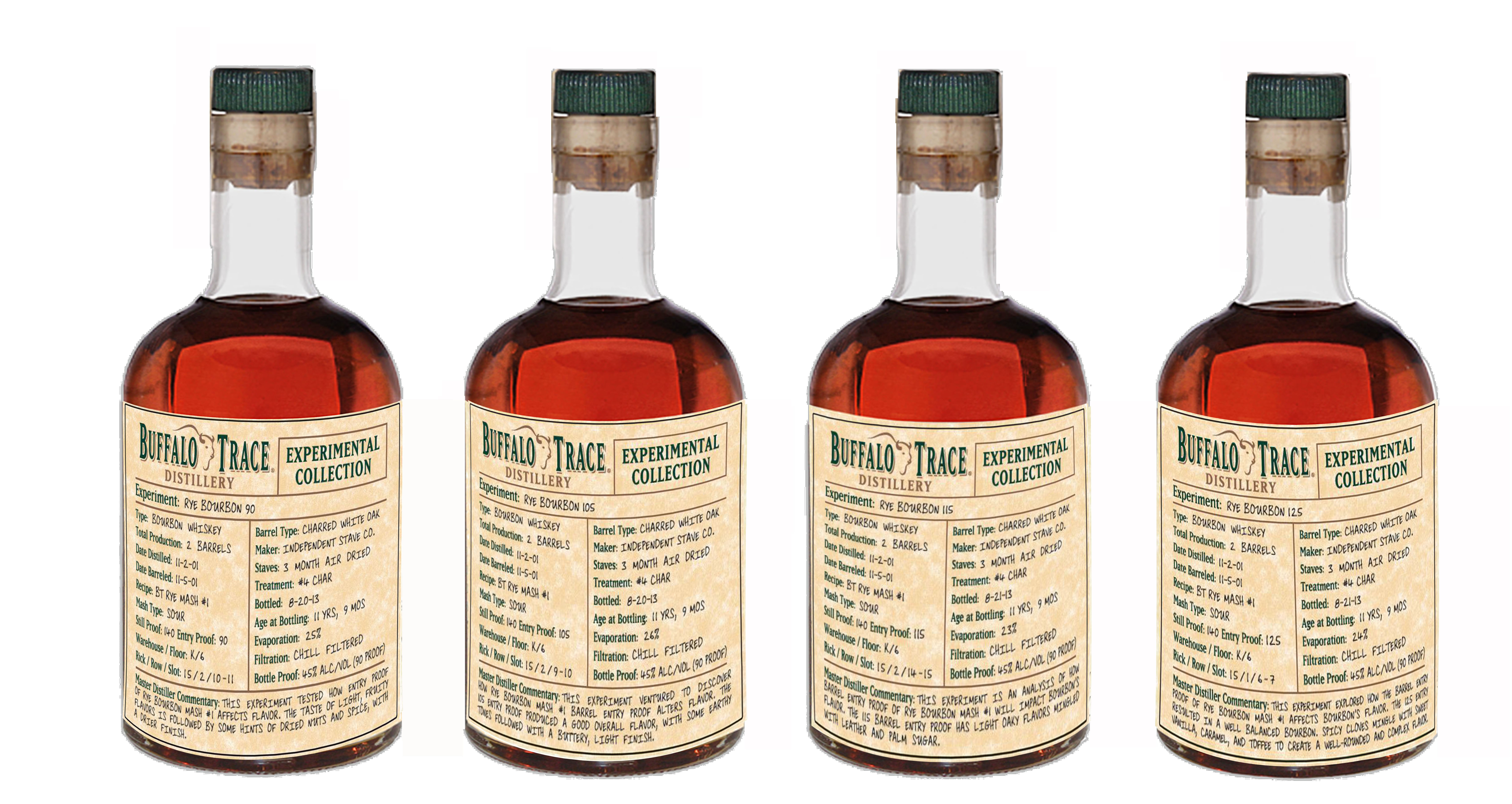