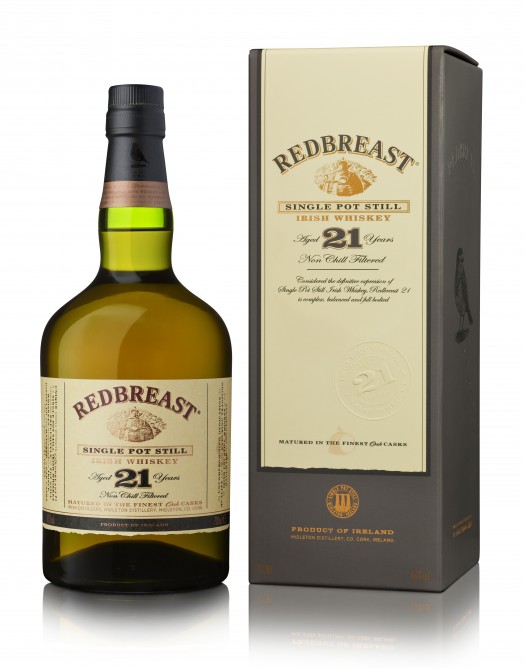 Redbreast is one of the most beloved of high-end Irish whiskeys there is, a triple-pot distilled whiskey made of malted and unmalted barley that wins pretty much every “Best Irish Whiskey” award that comes around. That said, the 12 year old expression has always been a bit too chewy and pungent for my taste, a malty monster in a category prized for being gentle and easygoing.

On the other hand, I respect Redbreast. Different strokes and all. And now a sure-to-be much desired 21 Year Old version is about to hit the market. What can an extra 9 years do to a whiskey that’s already a beast?

Let’s put it this way: If you like Redbreast 12, you’ll love Redbreast 21. All of Redbreast’s classic notes are intact: ultra-ripe banana, coconut husks, and butterscotch, to name but a few. But there’s also burnt honey, coal fires, and a powerful caramel note on the finish. The citrus notes — driven by partial aging in first-fill sherry casks — are particularly present here. No matter what you think about Redbreast, there’s always something new to discover lurking somewhere in a dram of this whiskey.

Rest assured: Redbreast’s DNA runs through this expression like a river, but I’m honestly hard-pressed to find a lot of difference here vs. the 12 year old version. It’s a bit more pungent and funky, but it’s just not overwhelmingly different than the 12. The 12 is just such a massive whiskey already that the extra age simply doesn’t change things as much as it otherwise might. Either way, Redbreast fanatics should give it a try before deciding whether the extra age merits more than twice the price. 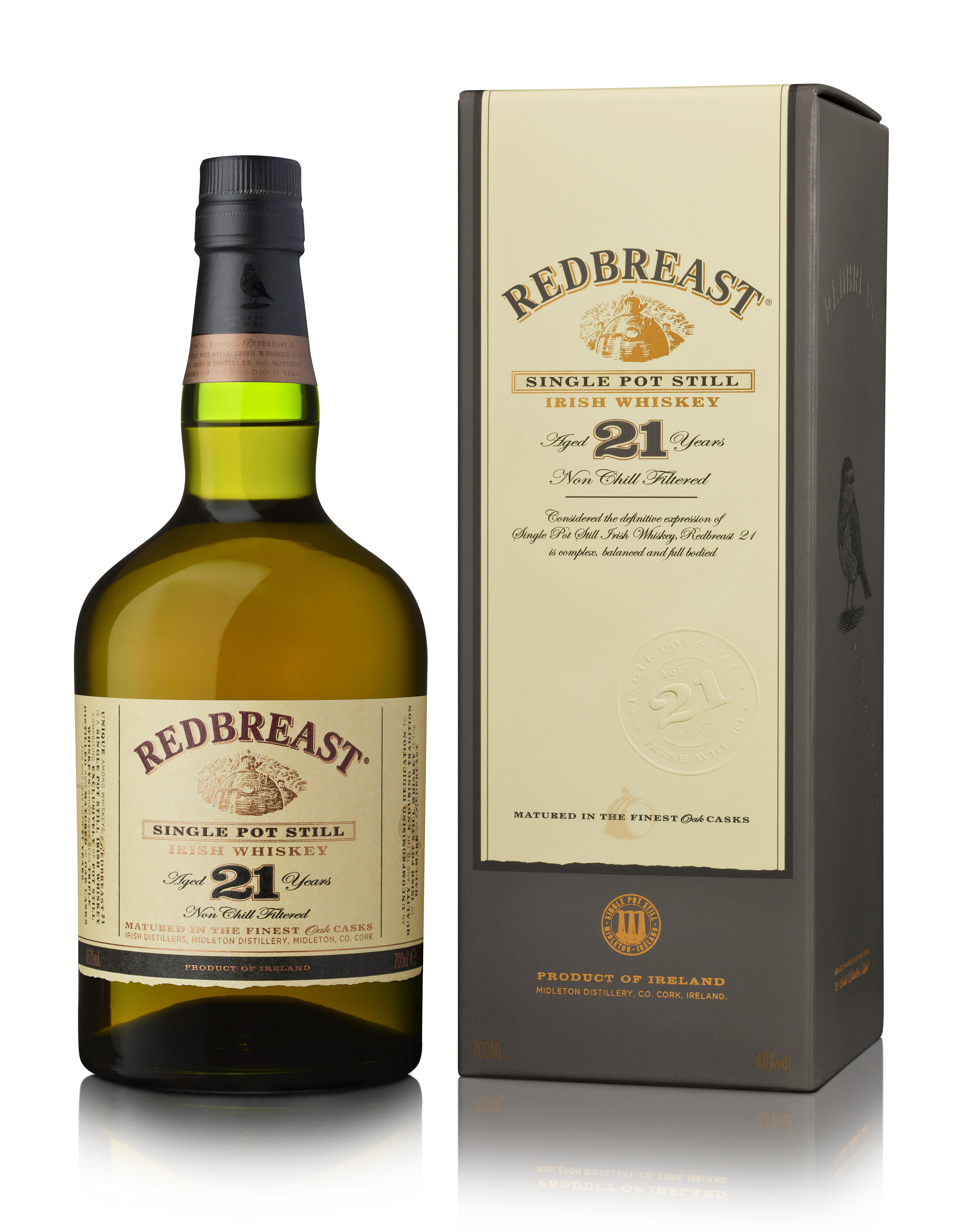