Review: The Spirits of Sweden’s Spirit of Hven 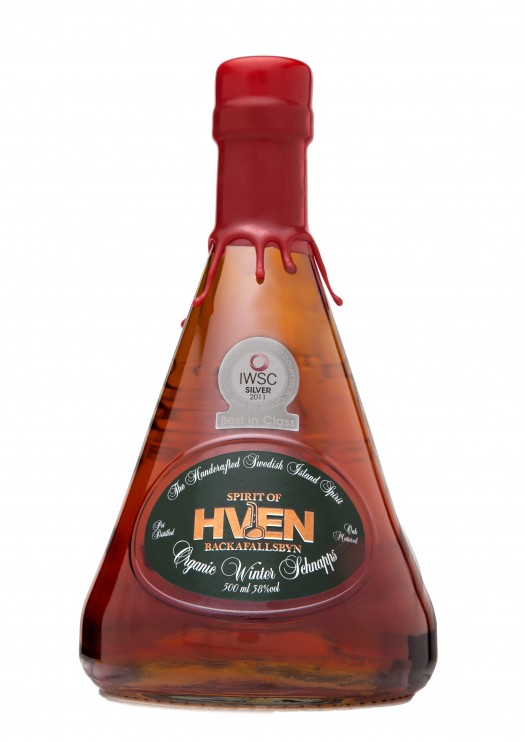 The Spirit of Hven Backafallsbyn Distillery, or simply “Hven,” can be found on a small island wedged between Sweden and Denmark (it’s part of Sweden). Hven, pronounced “venn,” was established in 2008 as part of the new guard of Scandinavian distilleries, where it produces a variety of white and brown spirits, including some seasonal schnapps (for which Swedes go ga-ga).

At present, Hven’s products aren’t distributed in the U.S., but you can have them exported to you by our friends at Master of Malt, if you’re game to give them a try. The conical bottles alone are conversation pieces.

We sampled six of the company’s offerings. Thoughts follow. (Note: All prices are for 500ml bottles.)

Spirit of Hven Organic Vodka – Organic grains are pot distilled, then matured in oak barrels, then distilled again, resulting in a clear spirit. I’m not sure this unique production method would qualify as “vodka” in the U.S., but such is life. As vodka goes, it’s very different and unusual, with a nose of pineapple jam, menthol, orange peel, and slight oily fuel notes reminiscent of Pine-Sol. It’s all very strange, but the body is fortunately cleaner, with brighter lemon notes, sweet nougat, and a clean finish. The overall impression is closer to gin or genever than vodka, which is either a good thing or a bad thing depending on what you’re expecting. 80 proof. B / $53 [BUY IT NOW FROM DRIZLY]

Spirit of Hven Organic Gin – Made with the same process as the vodka (including oak aging and secondary distillation), plus the addition of fresh botanicals, which include vanilla, cassia, juniper, cardamom, calamus root, Sichuan pepper, aniseed, and Guinea pepper. Strongly herbal on the nose, with notes of lemon peel and licorice atop juniper. On the tongue it offers some sweet vanilla notes to counter the juniper, anise, and slight pepper character. The creamier body, brought on by the oak aging, works well with the gin, giving it a rounder, more mouth-filling character. Exotic yet also quite easy to drink on its own or as a cocktail ingredient. 80 proof. B+ / $54

Spirit of Hven Organic Aqua Vitae – This unique aqua vitae — essentially a flavored schnapps — is oak matured twice, both before it is distilled and after it is distilled in copper pot stills. Flavored with lemon and orange zest, along with caraway and St. John’s wort, this is a moderately gold spirit with a nose of dried herbs. A seemingly mix of random spice cabinet selections leads to a surprisingly delightful little concoction on the tongue. Lots of vanilla and caramel notes, with hints of gingerbread, hot chocolate, and marshmallows, leaving those herbal hints on the nose far behind. A bit of honey is added to this aqua vitae as well, which gives the spirit a unique but welcome touch of sweetness. All told, it’s a unique little spirit. Usually that’s a bad thing, but in this case, the results are surprisingly delightful. 80 proof. A- / $58 [BUY IT NOW FROM CASKERS]

Spirit of Hven Organic Summer Schnapps (2011) – Presumably this changes from year to year, given the vintage date on the bottle, although most of the bottles I see online do not have a date indicated. This schnapps is flavored with bitter orange, rhubarb, elderflower, and apples and mixed with locally harvested botanicals before barrel aging to a modest amber. If you’re familiar with the Scandinavian essential spirit Aquavit, you’ll find these Summer Schnapps familiar. The nose offers a bittersweet rhubarb/cinnamon character, with a bit of a musty root beer note and a touch of dark chocolate. The body has more sweetness, at least at first, with orange and apple notes at the forefront. That sweetness turns bitter with more of that root character — licorice is a hefty here — and a wood oil, musky finish. Not bad for Aquavit, but nothing I’d drink during the summer. 76 proof. B- / $56

Spirit of Hven Organic Winter Schnapps – No date on this, but the fine print says it was produced in 2012. Produced as above, but flavored with oranges, cinnamon, cloves, and cardamom, then oak-aged. Fruitier on the nose, with more sweetness and distinct cinnamon notes. On the body, considerable a apple cider character emerges, tempered by wood notes. Very Christmassy… the cloves emerge as strong contenders after the spirit opens up in the glass. But as with the summer version, the bitter finish is powerful, almost amaro-like in its intensity. Curious stuff. 76 proof. B / $56

Spirit of Hven Seven Stars No. 1 Dubhe Single Malt Whisky – A much, much different animal than all of the above. Named for a star in the Big Dipper, this first in a series of single malts (6 more are planned) is aged in a combination of American, French, and Spanish oak, though no age statement is offered. The nose is classic malt whisky — the base grain, lumber, and coal fires. Rustic, but pleasing. On the tongue, it’s surprisingly delightful. The grain gives way to lightly sugared toast, orange peel, sesame seeds, and light nougat and even butterscotch notes, emerging in classy, layered fashion. Most curious of all: The moderate smokiness on the nose totally fades away on the tongue, ultimately revealing a young spirit that nonetheless displays amazing refinement. Released March 2013, 10,250 bottles made. 90 proof. A- / $154 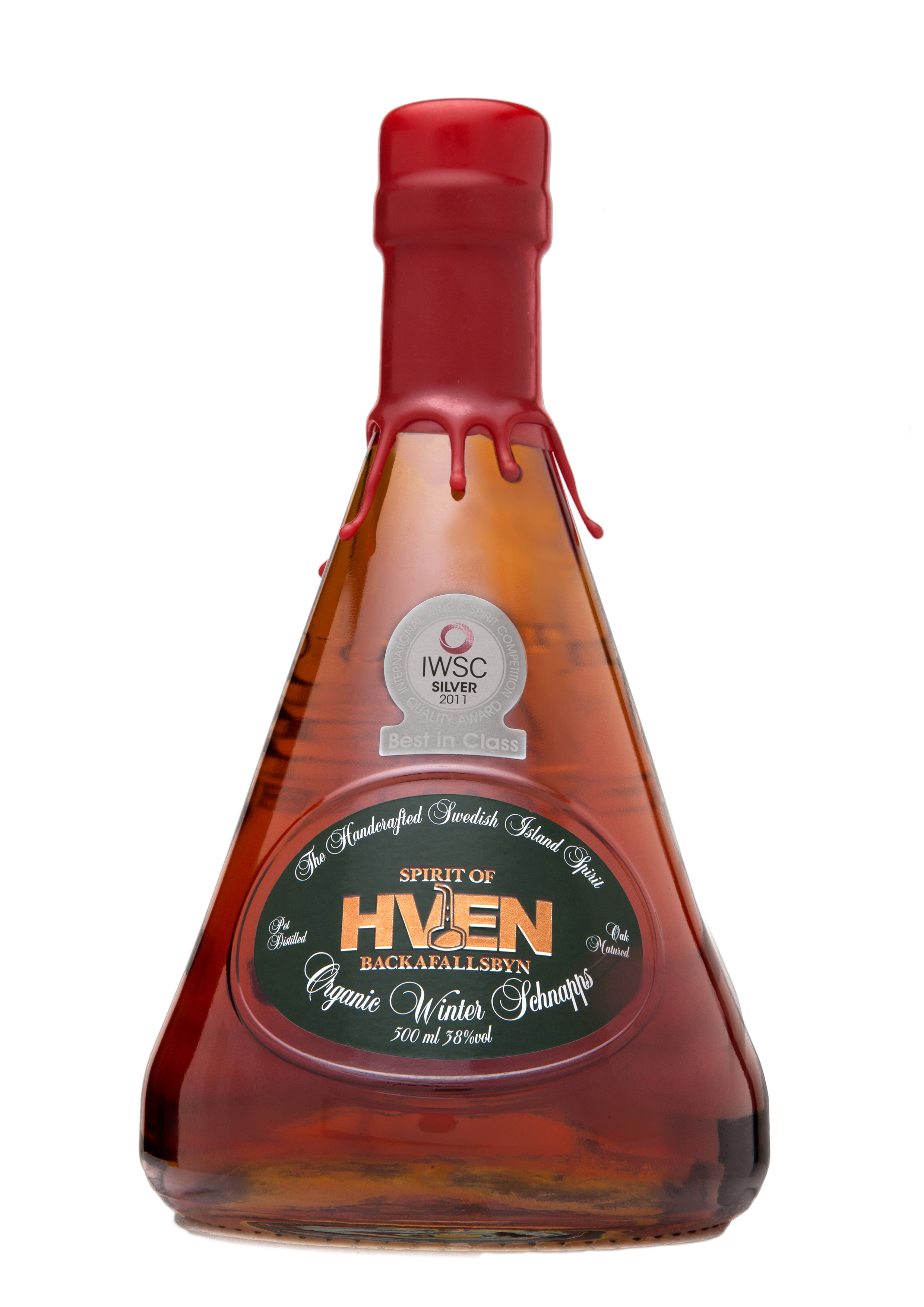