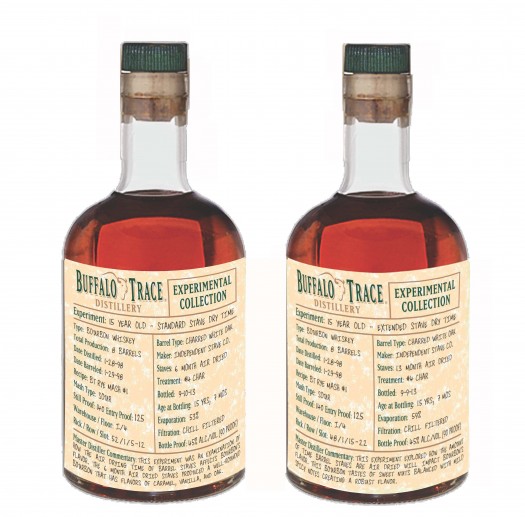 When trees are cut down and turned into lumber, the wood planks are dried, or “seasoned,” by leaving them out in the open air. After a few months, the wood has lost enough of its oiliness to allow the staves to be turned into barrel planks. (If the wood isn’t dried at all, the moisture will likely lead to significant barrel leakage.)

But stave drying also has effects on the way the bourbon tastes — impacting how the whiskey is absorbed into the wood, and the amount and types of tannins, sugars, and other chemicals that are released into the spirit.

For this Experimental Collection release, Buffalo Trace focused on the very narrow variable of stave-drying time. The distillery normally dries its staves for six months. That’s the “control” in this experiment. For comparison, some wooden staves were dried for 13 months before being turned into barrels. Both were then coopered and filled with the same new make spirit (BT’s rye mash #1), and aged for 15 years. Both are bottled at 90 proof. New wood vs. old… which makes a better bourbon? Thoughts follow.

Buffalo Trace Experimental Collection – Standard Stave Dry Time – Proof that you needn’t mess with a winning formula. 15 year old rye-heavy bourbon in all its glory, full of vanilla and caramel character, and touched with orange oil, cloves, and cinnamon. Great balance, and incredibly well-rounded, this is just a great, well-aged bourbon that finds everything firing on all cylinders. A

Buffalo Trace Experimental Collection – Extended Stave Dry Time – Hotter on the nose, with clear mint notes. Punchy, with much stronger orange fruit notes and a finish that is reminiscent of balsa wood. The vanilla is kept in check, with just hints of caramel. A racier spirit but one that starts to spiral out of balance. Amazingly instructive in how a small thing can impact a spirit in such a major way. B+ 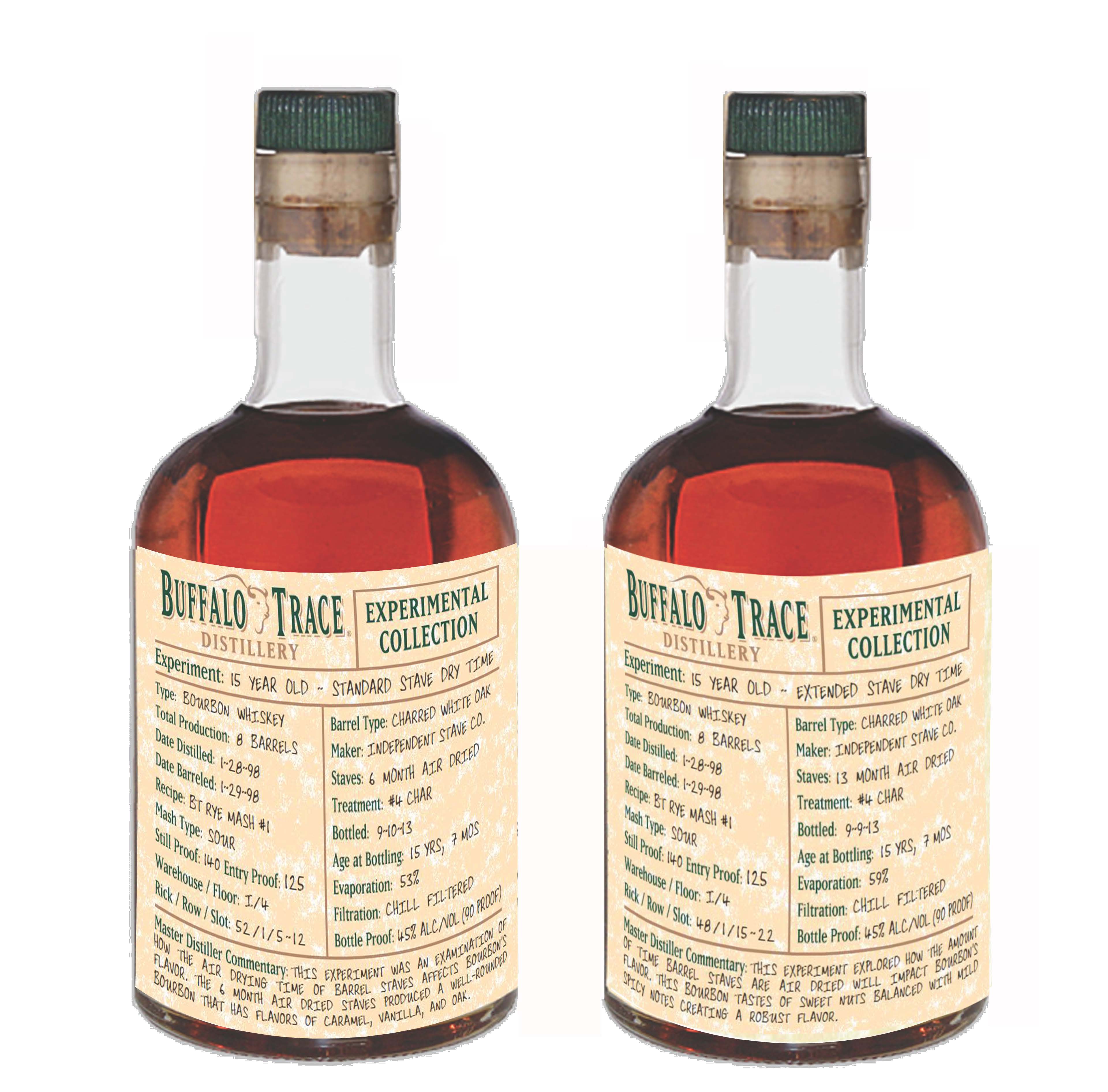