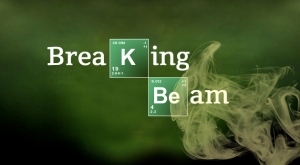 No other story today could possibly dominate headlines in the spirits world like the stunning announcement that Beam Global is going to be acquired by Japanese mega-conglomerate Suntory for a cool $16 billion. Of course, along with this announcement has arrived a plethora of articles using the image of Bill Murray from his portrayal of a Suntory spokesman from the movie Lost In Translation. Let’s dig deeper into this historic acquisition with a bit of context, courtesy of our friends on the web:

Start with a brief history of Suntory, and a brief overview of Beam history. Then check out a Forbes profile on the man behind Suntory, Nobutada Saji.

Crain’s Chicago provides an excellent summary of the acquisition. CNN reports that this could be the second largest acquisition by a Japanese company of an American company in history, and will result in the 3rd largest spirits company in the world.

Who stands to win from this? Big surprise: Investors and shareholders. However, not everyone is happy. BusinessWeek is reporting that the shareholder rights law firm of Johnson & Weaver is already investigating the proposed sale, and whether or not Beam’s board “failed to satisfy their duties to the company’s shareholders.”

There’s some early commentary available, but most is still forthcoming. Here’s a good piece by Louisville’s David Mann about the local implications of the Beam takeover. Bourbon scribe Chuck Cowdery offers up his compulsory op-ed, as does the usually brilliant Shanken. Other than that, the general vibe from most bourbon writers seems to be that it’s simply too soon to tell what the future will hold for Beam after Suntory Time arrives.

No doubt there’ll be much more coming in the next few days. We’ll stay on top of it all and deliver you the best synthesis of analysis possible.