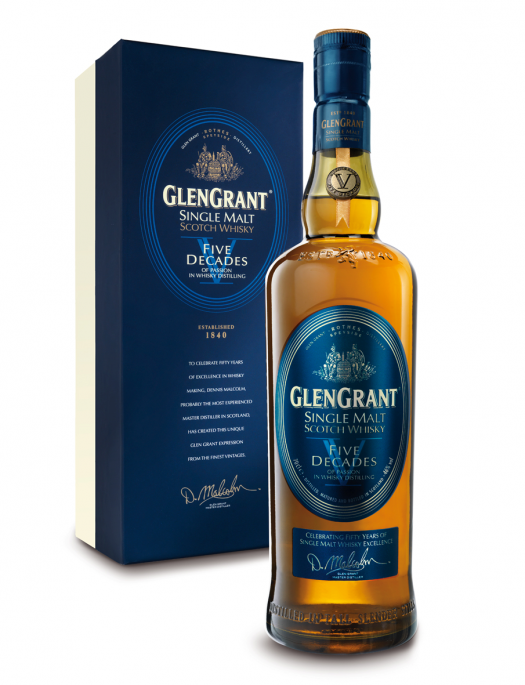 Glen Grant master distiller Dennis Malcolm brings us this unique and very limited edition offering, a vatting of his favorite casks, laid down over his 50 years of service (which he celebrates this year).

Malcolm says, “Glen Grant Five Decades is the embodiment of our devotion, being a culmination of each of the best vintages from every decade I have spent in this beloved hall of whisky excellence.” Strong words. But does that measure up to what’s in the bottle?

Five Decades starts off with a bit of an odd nose: Malty, but with sharp black and red pepper notes. The body is lightly sweet with honeycomb notes, but it adds a bit of mushroom character. There’s a light sherry character to it — I’d have given this longer in sherry casks to bump up the sweet orange notes — with grain (think fresh straw) maintaining its dominance throughout. Altogether, Five Decades drinks like a much younger whisky — which may mean it’s dominated by casks that hail from that most recent decade instead of the fifth one. A fine little whisky but nothing earth-shattering, particularly at this price. 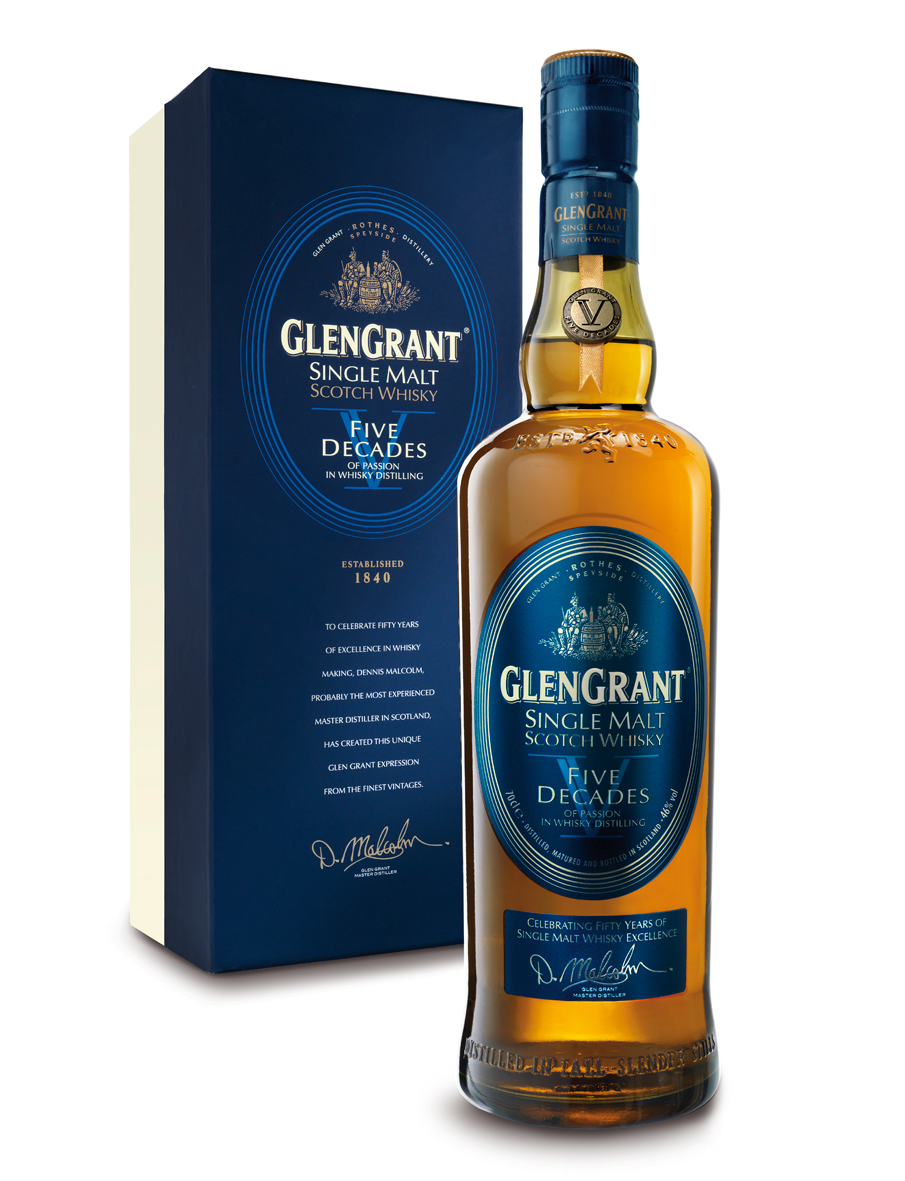