Back again by popular demand, it’s the Drinkhacker holiday gift guide — or our “best stuff of the year awards” if you want to go that route. As usual, this list is filtered through the lens of the holidays, designed to help you decide what you might buy for the loved ones on your shopping list, should they be whiskey, rum, tequila, or other spirits fans.

The offerings below are but a small selection of our favorite spirits from the last year, with an eye toward things you might actually be able to find on the market (no Pappy on this list… what would be the point?). Got alternatives to suggest or gift ideas you think we missed? Chime in in the comments, please!

Happy holidays to all of you! As always, thanks for reading the blog!

Bourbon – Parker’s Heritage Collection Promise of Hope ($90) – Hard to go wrong with Bourbon this year, with so many good bottlings to pick from. But for its sheer holiday appropriateness (and quality), I have to go with the new Parker’s Heritage release, bottled in honor of Parker Beam. If you buy a bottle, a full $20 will go to ALS research, which Beam was recently diagnosed with. Other ideas? Where to start: Hillrock Solera ($90, an utter knockout), both Four Roses releases — Single Barrel ($80) and Small Batch ($90) — and Wild Turkey’s new Russell’s Reserve Single Barrel Small Batch ($50). On a budget? Try Rough Rider ($33), Jim Beam Signature Craft 12 Year Old ($40), Burnside Double Barrel ($44), or even the controversial Stagg Jr. ($50). But one of my favorite bourbons of the year is also one of its cheapest: The Hooker’s House single-barrel monster of a bourbon, finished in Pinot Noir barrels ($36).

Scotch – Laphroaig Cairdeas Port Wood Edition 2013 ($75) – Slimmer pickins in the world of Scotch this year, as prices have gone and quality has noticeably begun to decline. But this gem from Laphroaig, which is almost pink in color and is exquisite in its balance, is easily my top pick — and still widely available. Balvenie Tun 1401 Batch 9 ($250) and Ardbeg Ardbog ($120) are also still on the market, as is Isle of Jura “Juar” 1977 36 Years Old, which can be had for significantly less than its $950 list price. Budget shoppers (well, as “budget” as Scotch gets these days) should not overlook Johnnie Walker Gold Label Reserve ($87), a new limited edition blend that looks as good as it tastes.

Other Whiskey – WhistlePig “The Boss Hog” Rye 12 Years Old ($150) – I’m adding this new category this year because there are so many other worthy whiskeys on the market that don’t fit into the Bourbon or Scotch mold. It’s hard to pick a favorite here, as Collingwood 21 Year Old Canadian Rye ($70) and Powers John’s Lane 12 Years Old Irish ($65) are neck and neck in quality. But the seductive Boss Hog gets my slight nod for 2013’s most memorable alternative whiskey. Budget-minded shoppers needn’t look beyond Pike Creek Canadian ($37).

Gin – Master of Malt Worship Street Whistling Shop Cream Gin ($68) – You won’t find a more unique gin for sale this year, or perhaps ever. I’m shocked it’s still on the market. Also worth a look for the juniper fan in the fam: The Russell Henry lineup (3 different gins, $38 each) and the German Monkey 47 ($61, 500ml).

Brandy – Louis Royer Cognac XO ($140) – Amazing stuff, and my only top-shelf Cognac pick for the year. For something more exotic (and inexpensive) try Encanto’s Acholado Pisco ($35). 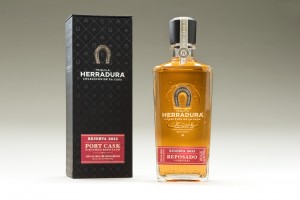 Tequila – Tequila Herradura Coleccion de la Casa Port Cask Finished Reposado, Reserva 2012 ($90) – Tons of great tequila releases to choose from this year, but my top pick has to go to this unique Herradura bottling, finished in Port casks. This came out in early 2013 but has a 2012 date on it… mind you don’t accidentally pick up the less masterful 2013 release. Also worth considering: Qui Platinum (“white”) Extra Anejo ($60), Tapatio 110 Blanco ($42, 1 liter), and 901 Anejo ($50).

Liqueur – Art in the Age Sage Liqueur ($30) – Try out this unique liqueur as an alternative to juniper-focused spirits for the gin lover on your list; it really switches up a martini or G&T. Also worth a look are Jack from Brooklyn Sorel Liqueur ($40) and the new Luxardo Aperitivo ($20).

Looking to buy any of the above? Give Caskers a try!

AND: Get the gift guide in high-res printable PDF format, ready to take to the store!