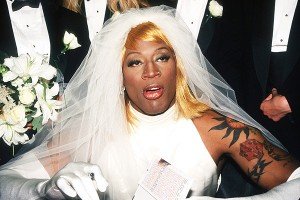 Not satisfied with being one of the most brilliantly insane basketball players of all time, Dennis Rodman has decided to travel down roads blazed by Jimmy Carter and numerous others in an idealistic effort to become a peace broker for humanity.

At a recent press conference, the former Piston/Bull/Laker/Maverick/Cross Dresser promoted his upcoming basketball game in North Korea — where his 6-foot-7 frame will be valiantly taking the court in country where the average height for men is 5’8″ — and also took a few moments to promote his new vodka brand, humbly named Dennis Rodman: The Original Badass Premium Vodka.

“Everyone knows (President Barack) Obama drinks beer (…) But you know what? I’m pretty sure he does have a cocktail here or there. I’d love to see him with a ‘Bad Ass Vodka’ shot in his hand, toasting to Kim Jong (Un) and me.

“That would be awesome.”

In related news, both Rodman and Obama make an appearance on the 2013 edition of GQ Magazine’s Least Influential Celebrities list.

Equally as amusing today, a Fort Meyers, Florida man was arrested for attempting to hide 13 bottles of liquor down his pants. When approached by security, he was asked if that was twelve bottles of Hennessy and one bottle of Grey Goose in his pants, or if he was just happy to see them. [UPI]

Finally in science news: the Daily Mail is reporting alcohol is good for preventing cancer, improving your sex life, and when drunk in moderation won’t make a person fat. The world’s oldest wine cellar has been discovered in Israel. Physics researchers explain foaming beer bottles, Gizmodo drinks a Samuel Adams Utopias in the name of research [Drinkhacker’s take coming soon!], and a British researcher busts the myth of the beer belly. 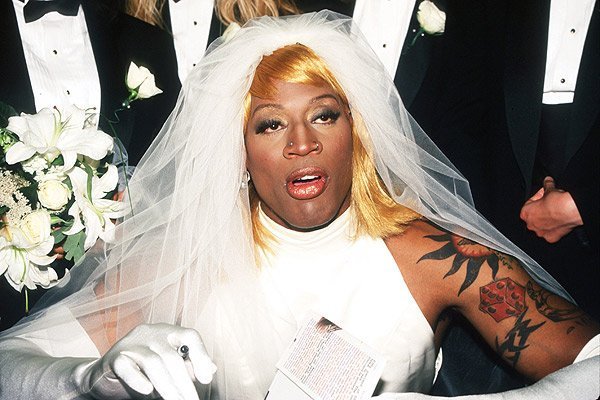