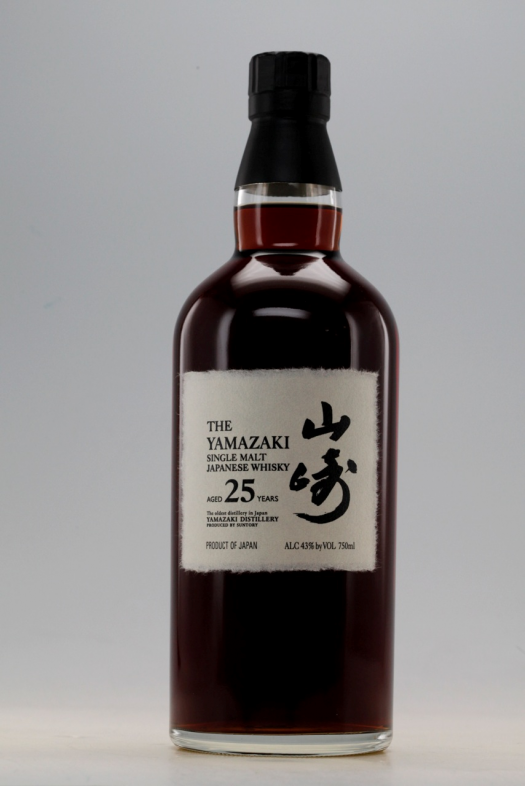 For relaxing times, make it Suntory time… 25 years old. Yamazaki is the top-selling single malt in Japan and has made huge inroads Stateside in recent years, with no small thanks to Lost in Translation, which did for the whisky what Sideways did for Pinot Noir.

Lately, Yamazaki (and pretty much all Japanese whisky) has been expanding its portfolio as it creeps toward the higher end. The latest offering: this 25 year old single malt.

Yamazaki 25 is an extremely dark spirit — a color that would be surprising for any malt, really, almost a weak-coffee brown. The nose is immediately huge, with raisin and Port wine notes and a coffee character that makes me think of Spanish brandy. This follows into the palate, where dried figs, raisins, and Spanish brandy’s more savory coffee notes are prominent. There’s also sherry at work here, but the character is more of orange peel than sherry’s more traditional, juicy wine notes. The finish is dark and brooding, slightly perfumed but quickly veering into overly wooded astringency that sticks with you for a while.

This is a very intriguing spirit from Yamazaki, but it’s one which is is wholly unlike the other whiskies in the series. If you color yourself a fan of the 12 or 18 year old expressions, best to give the 25 a sample before you shell out for a full bottle. I’m of the mind that this is one whisky that’s a bit past its prime. 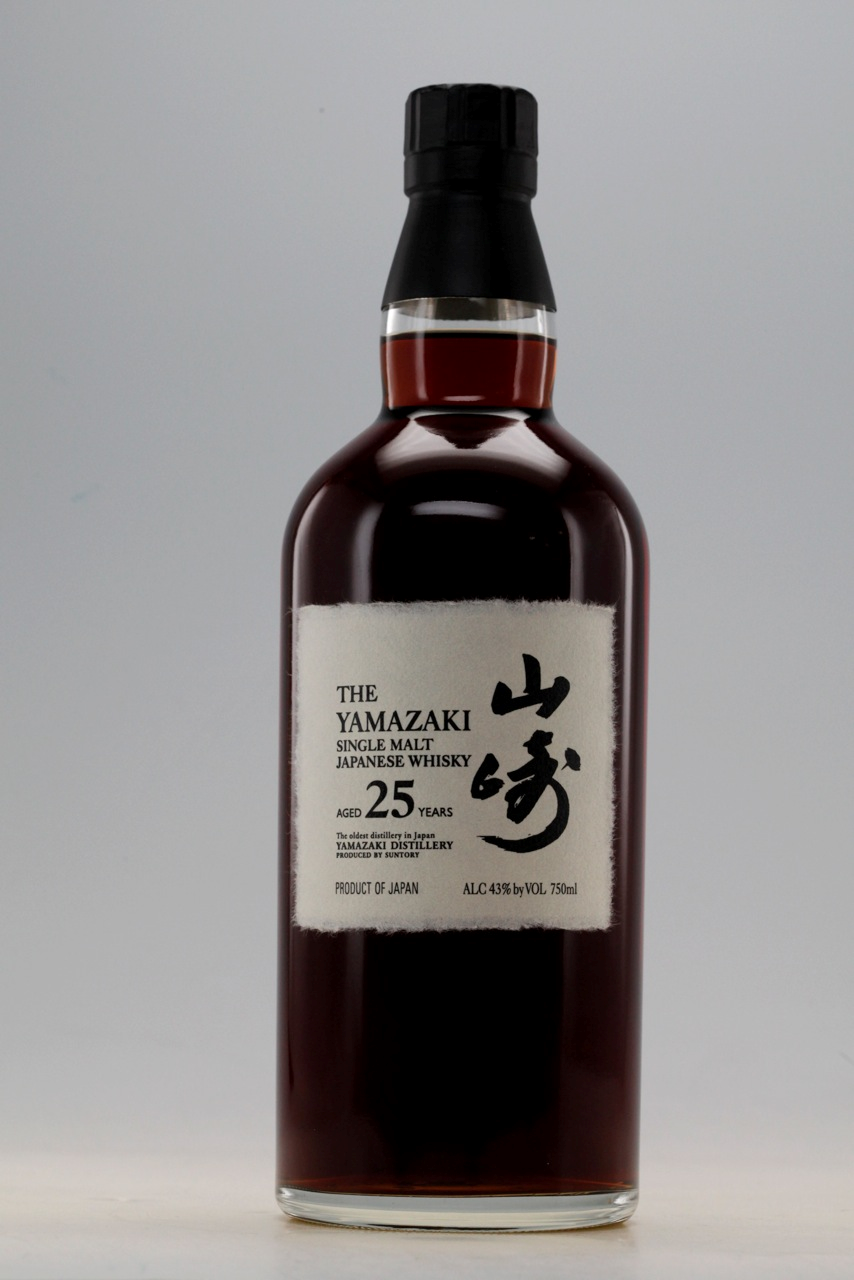