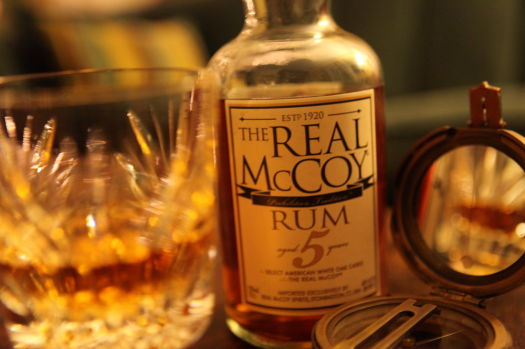 The Real McCoy is a new brand that’s just made its way into the U.S. “The Real McCoy” is sourced from Foursquare Distillery in Barbados, where column and pot still rum is aged for five years in oak ex-bourbon barrels. The name refers to Bill McCoy, a Prohibition-era bootlegger and, as bootleggers go, a real stand-up guy.

As for the rum, it’s swell stuff. The nose is at first blush a touch hot, but it settles down with a few minutes of air time, revealing gentle wood notes, some incense smoke, and a slightly winey character that balances out that traditional caramel. On the palate it’s very appealing and easy to sip on. Classic rum structure, with a healthy slug of caramel, and a racy back end with touches of fresh apple, cinnamon, and red pepper. The body and mouthfeel are easy, and the rum has a simple and sweet finish.

It’s solid stuff, completely appropriate for sipping or mixing. It doesn’t reinvent rum’s wheel — it’s ultimately a bit too mild to aspire to top-shelf greatness — but it covers all the bases with a gentle ease and winds up as one of the more refreshing rums on the market. 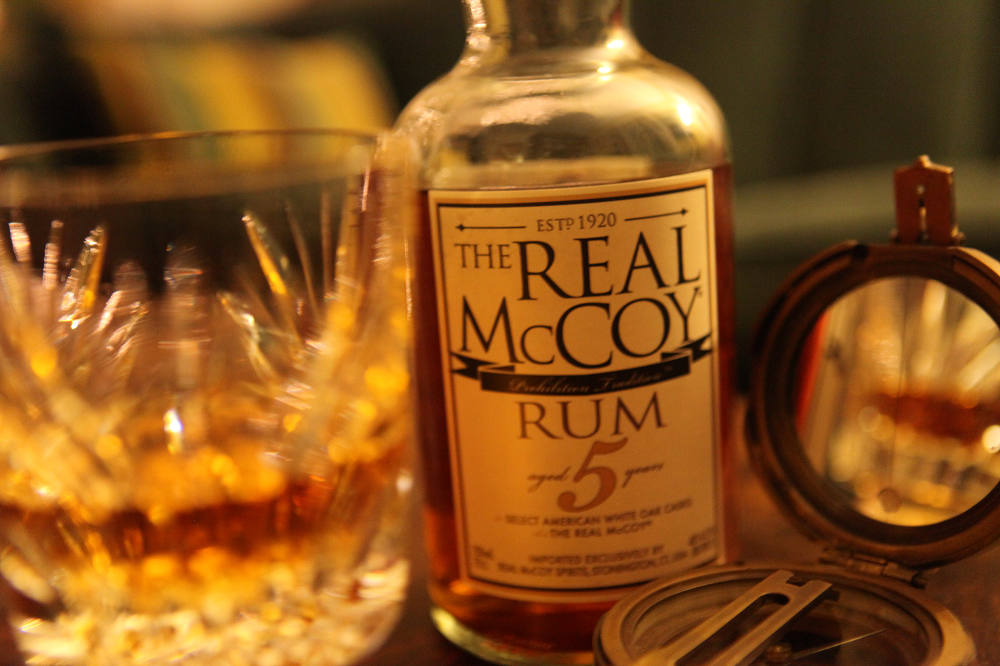