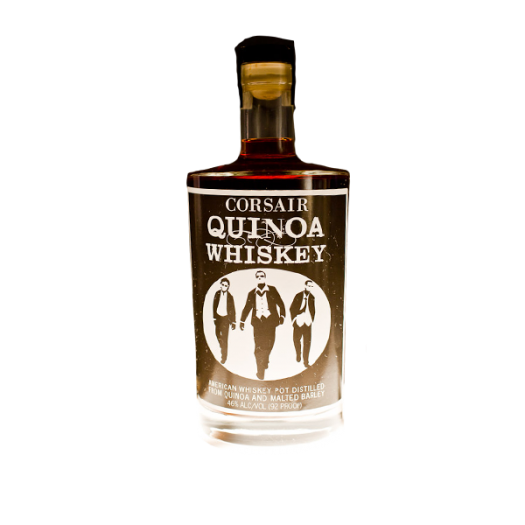 Corsair is probably the country’s most curious and experimental craft distillery (it makes one whiskey that has elderflowers in it), and the two whiskeys reviewed below should be proof enough of its oddball inspirations. Both of these whiskeys are part of Corsair’s standard releases, though that doesn’t mean they’re easy to find.

Corsair Ryemageddon –  An aged version (no statement) of Corsair’s Wry Moon white whiskey, made from malted rye and chocolate rye. This is a fun and — suffice it to say — wholly unique product on the market. The nose is heavy with grain, savory yet spicy and clearly on the hot side. The body starts things off with a traditional, relatively young grain profile, and then the jams get kicked out. A racy sweetness comes on strong — nougat and marshmallows, with a little punch of candied grapefruit — and then it starts to mellow. Here the rye starts to really show its face, with a finish that is long and spicy, full of red and black pepper, with a touch of nutmeg and cloves. This is youthful and brash stuff, yet full of life and punchy with flavor. Worth exploring. 92 proof. B+ / $52 [BUY IT NOW FROM DRIZLY]

Corsair Quinoa Whiskey – Made with red and white quinoa — the It Grain of the healthy eating craze today. I sampled this before almost in passing and found it somewhat off-putting. Today I’m digging the Quinoa Whiskey quite a bit more. I get immediate chocolate on the nose, with modest spice and indistinct grainary notes. The body is amped up with a mild sweetness, more of that milk chocolate character, and a finish that takes things not so much into young grain notes but rather into an earthy, mushroomy quality that is unique in the whiskey world. This is intense and exotic stuff, definitely worth checking out… but seriously, Corsair, where’s the clever name? Quiskey, anyone? 92 proof. Reviewed: Batch #5, bottle #109/160. A- / $56 [BUY IT NOW FROM CASKERS] 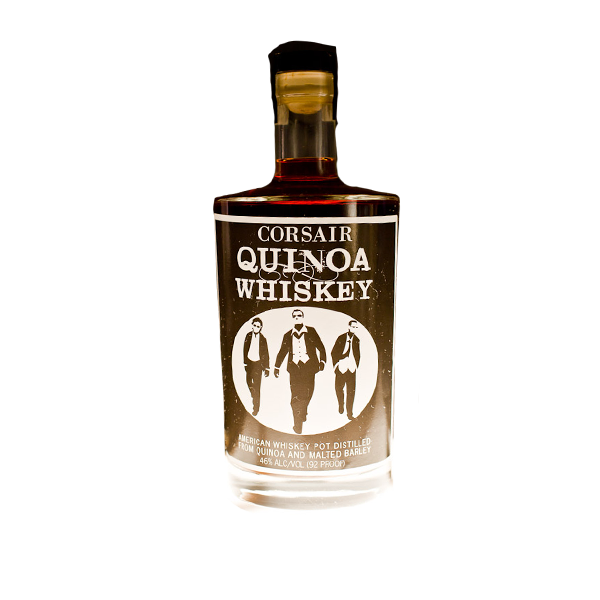