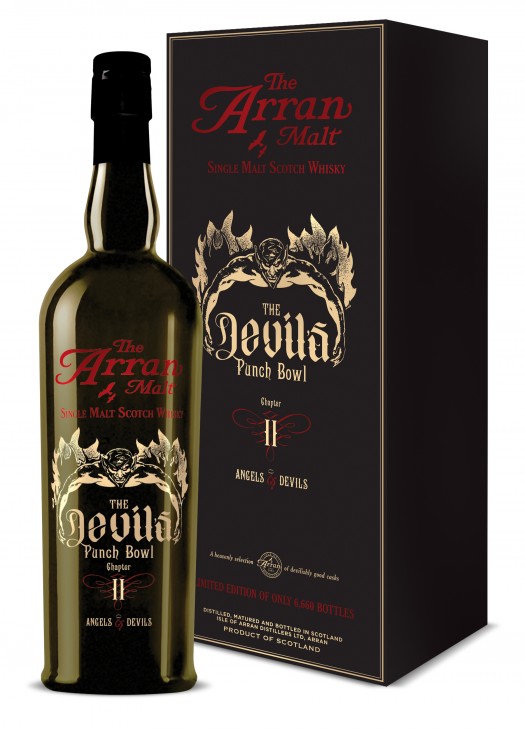 Last year’s limited edition Devil’s Punch Bowl from Arran was one of my favorite whiskys of the year, and it all but vanished from the market in months. Now Arran is back with a sequel — Chapter II, “Angels & Devils.”

This is crafted from a collection of whiskys put into cask in 1997, 1998, 2002, and 2004. A combination of peated whiskys and sherried whiskys are used to create the finished product.

As with the original, what a product it is. The nose offers an initial rush of malt, then fruit — banana and citrus — followed by a mild slug of peat. On the body, it’s warming but soothing, offering notes of peated grain, sherry, and toasty cereal. Compared to my notes (I’ve none of Chapter I remaining), the whisky isn’t as spicy and peppery as the original bottling, coming across as a rather more straightforward, moderately-well-aged malt whisky. That’s not such a bad thing. Chapter II has a wonderful balance to it that drinks just as easily, even if the story it tells isn’t quite as nefarious. 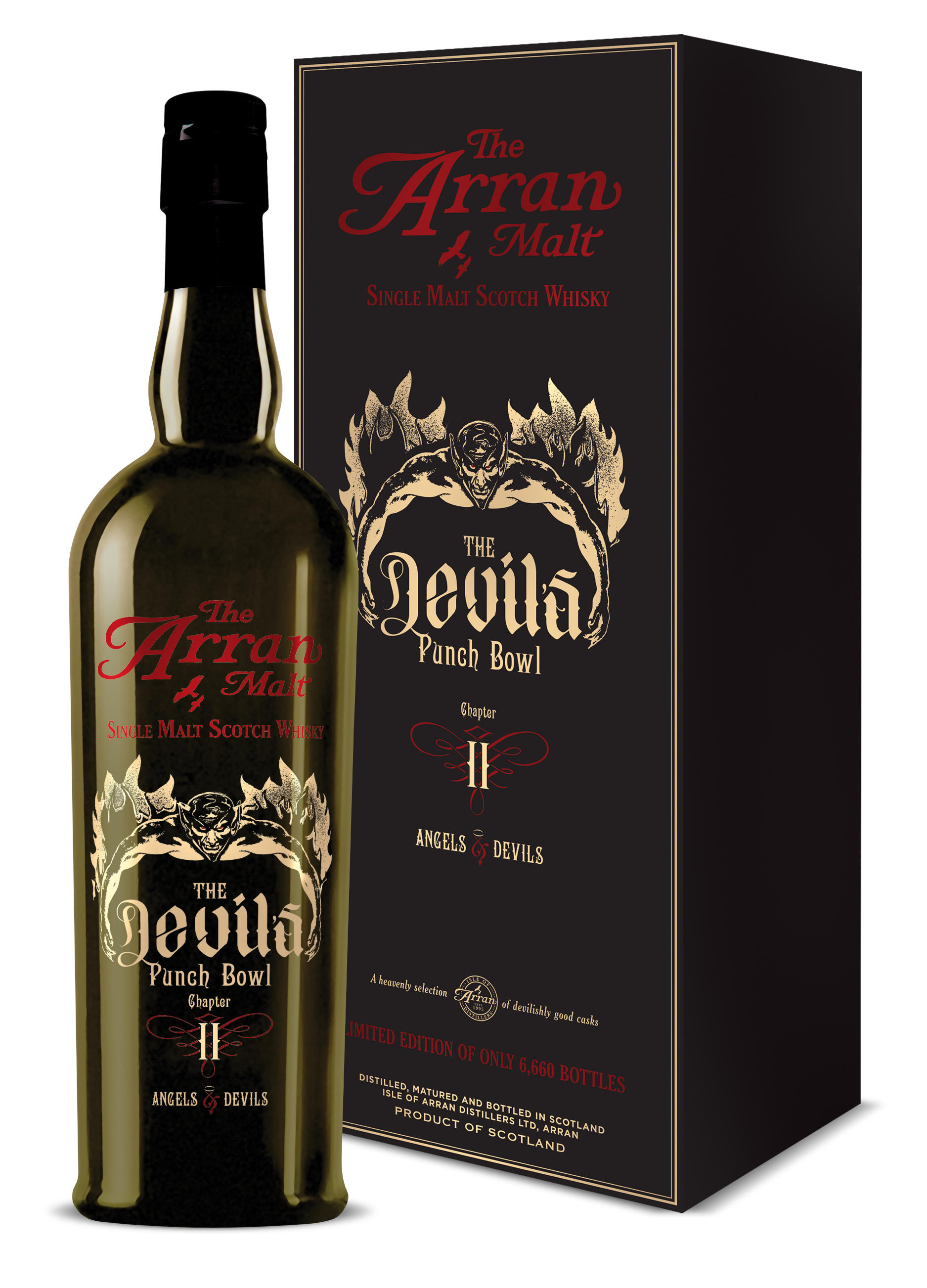