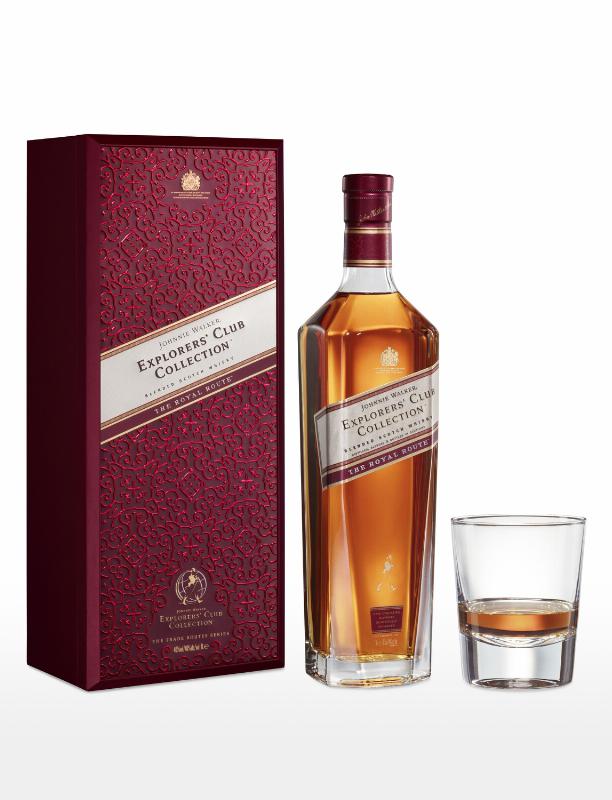 Johnnie Walker is wrapping up the trio of whiskys in its Explorers’ Club Collection. The Royal Route is now readily available in duty-free retail outlets at about a cost of $159. We haven’t reviewed them, but if you’re had a dram, drop us a tasting note in the comments. [Johnnie Walker]

And speaking of explorers: We’ve received an update from Doug Stone over at the Whiskey Explorers Club regarding the company’s latest shipments. As we all know, they’ve been hindered by several obstacles with shipping and customs. Thankfully they’ve remedied this with a solution to set everything up stateside, but starting up the new operation has introduced some new delays. Look for packages to arrive around mid-November, with hopefully little to no service interruption from here on out. [For Whiskey Lovers]

The New York Times takes a look at another trend happening in the bourbon world, the increased phenomenon of blending bourbon and rye. Whether or not this proves to be yet another passing fad, author Chuck Cowdery sums it up best at the end of the article: “Overall, I think the producers are driven to make news and get attention.” Indeed, sir. [New York Times]

Just in time for the arrival of Anchorman 2, Ben and Jerry’s is rolling out its latest ice cream in tribute to legendary anchorman Ron Burgundy. The limited edition Scotchy Scotch Scotch will be arriving in stores shortly, and will be butterscotch ice cream with butterscotch swirls. Mmmm. Nonetheless, we’re all still patiently waiting the arrival of the Brick Tamland Chocolate Squirrel Swirl. [Ben and Jerry’s]

A new campaign and phone app from Amstel Light is challenging people in Bulgaria to put down their smartphones in exchange for free beer. [Fast Company]

And finally today, the geniuses at MIT are at it again. DrinkIn is a delivery service for Cambridge/MIT residents to get alcohol delivered right from the store to their door via a mobile app. The company is reporting early success and brisk utilization of the service, which will no doubt be extra useful for those who like their beers chilled courtesy of wintry Boston winds. Kudos for making that degree pay off. [Boston Magazine]