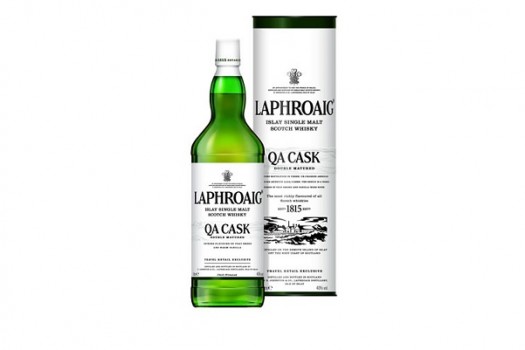 It’s not every day we get to experience a new Laphroaig expression, and it’s pretty much never when we get to try two of them. At a recent Laphroaig Live event, these two expressions were introduced by Laphroaig Distillery Manager and Friend of Drinkhacker John Campbell.

The night started with Quarter Cask, Laphroaig’s fastest growing expression, now accounting for 25 percent of the company’s sales just nine years after introduction, then moved on to the new stuff. Maker’s Mark, which supplies the used barrels to Laphroaig which it uses for its primary aging, was also on hand to let us taste Maker’s 46 by way of comparison.

Here are some thoughts on the new stuff.

Laphroaig QA Cask – A travel retail exclusive launched in April 2013. Like Quarter Cask, this is double matured, but rather than finishing this whiskey in small casks it is finished in unused, new charred oak barrels, a la Bourbon. (QA stands for quercus alba, the scientific name for white oak.) Compared to Laphroaig 10 or Quarter Cask this is a much different whisky, immediately striking the palate with more of a wood smoke character than a peaty one. It’s chewy and bold — yet bottled at just 80 proof — a surprisingly nutty whisky with notes of coal, chocolate, and light spice notes — nutmeg, perhaps — with a little toffee and burnt sugar on the finish. The saltiness of Laphroaig adds balance and curiosity, but it’s far from overdone. At first it’s quite jarring in comparison to Quarter Cask, but its charms grow on you, and fast. Definitely one to keep experiencing and contrasting against other Islay whiskys. 80 proof. A- / $84 (1 liter)

Laphroaig Cairdeas Port Wood Edition 2013 – It’s easy to see why Laphroaig bottled this, which is finished in Port pipes, in a clear bottle instead of its typical green: The rosy orange color is unique and really quite lovely. Wow, one sip and this is an instant, utter knockout. It starts with sweet strawberries and cream, jam on toast, light rose petals — then that characteristic Laphroaig DNA kicks in on the back end, with its salt and brine balancing things out perfectly. The brain barely knows what to do with this. Is it Islay? Is it a strange Highland whisky? Is it a Port cocktail? The mind boggles, but the tongue is happy. Incredibly hard to put down, and so pretty to look at, too. Stock up. 102.6 proof. A+ / $75 [BUY IT NOW FROM CASKERS] 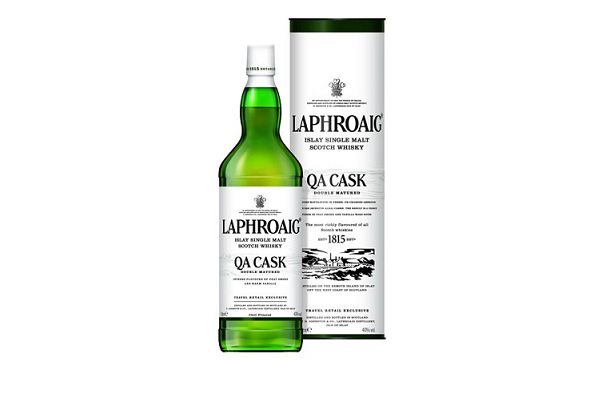