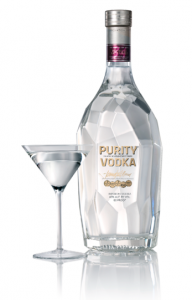 Sweden’s Purity Vodka thinks it has something special going on, and it’s itching to prove it. Recently the company sent out “tasting kits” — well, two mini bottles — so media could compare its vodka with that titan of the industry, Grey Goose. Taste the two blind and see which you prefer. Purity promises it will win the Pepsi Challenge.

They aren’t wildly dissimilar based on their specs: Purity is made from organic winter wheat and malted barley (unusual) and distilled a claimed 34 times. Grey Goose is made from French wheat, also in column stills.

So I put the two vodkas side by side and put them through their paces. Here are the (blind) tasting notes. (Bear in mind my original notes on Grey Goose, linked above, are more than five years old now.)

Vodka A – Slightly sweet, with lemongrass notes, both on the nose and the palate. The body offers touches of pepper, with a warming, soothing finish. The slightly syrupy, overblown texture is the only drawback here, as it just so slightly coats the mouth when it should be cleansing. Overall it’s completely drinkable and versatile. B+

Vodka B – Significantly less character — much, much cleaner and more neutral. There’s more of an eastern European feel to this, with a light medicinality and more pepper on the back end. As with Vodka A, there’s a subtle lemon character, which comes along with time in the glass and exposure to air. A very good vodka, but the lighter body, which is mouth cleansing instead of coating, makes it not just a good mixer but a good choice for sipping straight. A-

Vodka A was Grey Goose, Vodka B was Purity. These are both very mild vodkas, yet they’re significantly different. It’s almost unfair to put the Grey Goose — which suffers based on its lightly gummy body next to the brisk Purity — next to the clean and crisp Purity. But both are honestly good spirits. That said, Purity made a bold claim and, at least on the palate of this reviewer, backed it up.

$39 / puritydistillery.com  [BUY IT NOW FROM CASKERS] 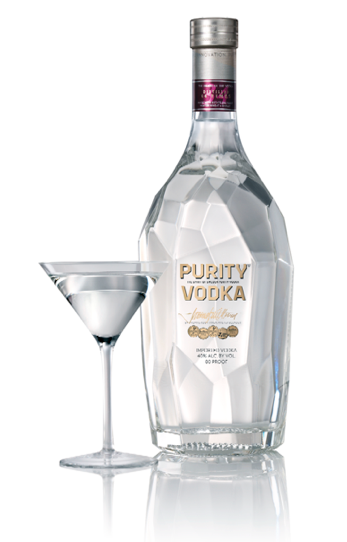