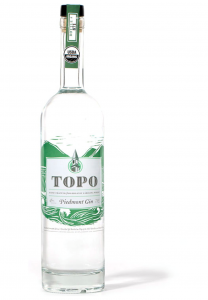 Top of the Hill Distillery, affectionately “TOPO,” promises its spirits are “100 miles from grain to glass.” That’d be more comforting if I was closer to North Carolina, where TOPO is based. Good luck finding these farther afield. Fortunately, I was able to sample the full lineup of three unaged spirits from way out here in California. Thoughts on these organic spirits follow.

TOPO Vodka (2013) – Made from organic Carolina wheat. Whew, pungent on the nose, redolent of a typical white whiskey, with lots of grain aromas filling the nostrils. On the tongue, it belies that funky nose with a brisk sweetness, almost marshmallow-like in character, with a pungent medicinal character underneath. Kind of a strange combination. There’s a lot going on here, and those that like their vodka on the more rustic side will find plenty to enjoy. On the other hand, if you’re looking for balance and refinement, TOPO’s definitely got some growing up to do. 80 proof. B- / $29

TOPO Piedmont Gin – Also an organic wheat spirit. Piedmont, I’m guessing, refers not to Italy but to a big swath of area that runs along the eastern seaboard and crosses straight through central North Carolina. (Now you know!) But whatever the nomenclature, it’s an American style gin flavored with ample juniper, cardamom, coriander, star anise, and organic cucumber. On the nose there’s ample juniper, so much so that you might think TOPO Gin is going to be a one-trick pony. Take a sip and you’re in for a surprise: The juniper fades. Sweet licorice notes, floral snippets, and hints of orange peel arise in its wake. What’s most surprising is the kind of candied flower finish. Either that, or that my tasting notes bear no resemblance to those of TOPO’s. 92 proof. A- / $29

TOPO Carolina Whiskey – Like the above, this is young whiskey based on organic Carolina wheat. It has a lot in common with the vodka, too, as you might expect. It is, however, considerably more pungent (distilled fewer times and likely more pot-distilled spirit than in the vodka, I’d guess), full of deep grain and traditional fuel-driven notes on the nose. The body is of greater interest, loaded with chewy sweetness, plus plenty of cereal notes. The effect is not unlike a good granola bar, breakfast and dessert all in one package. It’s not overblown, but surprisingly well balanced among its various characteristics. As white whiskeys go — which is often a Bad News Bears situation — it’s one of the better ones around. 84 proof. B+ / $22 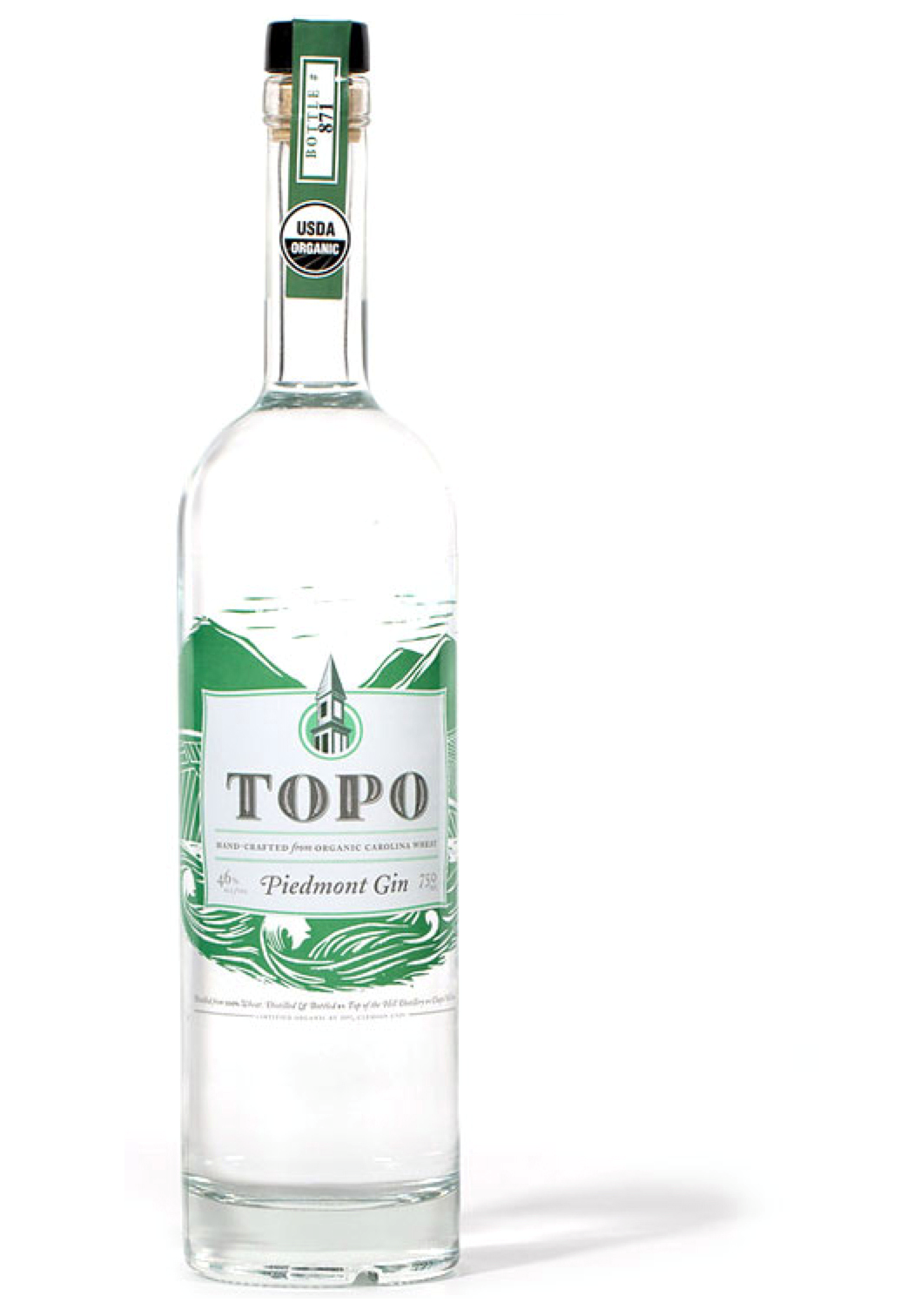