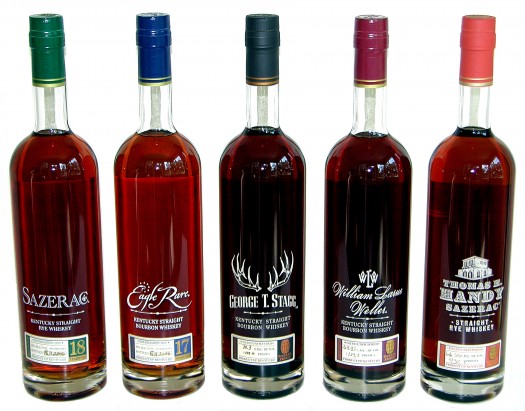 It’s always a glorious day when Buffalo Trace’s Antique Collection annual samples arrive, letting us stick our noses and tongues in these classics of the American whiskey world. 2013 offers the quintet at ages of up to 19 years old. Here’s how the five whiskeys of the 2013 Collection stack up. (Hint: It’s one of the strongest showings for the Antique Collection in years.)

Sazerac Rye 18 Years Old 2013 – Beautiful nose. Lovely rye spice meets caramel and spice aromas. The body has an easy sweetness to it, with gentle grain meeting burnt sugar, vanilla caramels, and light applesauce notes. Relatively simple, but wait for the dark molasses to come along in the finish as you let this rumble around in the glass for a while. This is a barrel (er, barrels) picked at just the right time — I don’t get the overly tannic, drying, and dusty character than 2012’s version. As it often is in the annals of the Antique Collection (because it’s essentially the same from year to year), this one’s just about perfect. 90 proof. A [BUY IT NOW FROM DRIZLY] [BUY IT NOW FROM FROOTBAT]

Eagle Rare Bourbon 17 Years Old 2013 – Surprise, Eagle Rare 17 Year Old is this year actually 19 years old. They didn’t bother changing the bottle, though. This is always a fun, go-to bourbon, and this year it’s no exception. A bigger whiskey, it’s got ample leather and wood on the nose and the initial attack of the body, with a kind of plum/prune/raisin underpinning that arrives quickly. The sweeter, more dessert-like elements come out more clearly as the finish fades, leaving the drinker with a surprisingly complex overall experience. 90 proof. A- [BUY IT NOW FROM DRIZLY]

George T. Stagg Bourbon 2013 – This year’s Stagg was aged on lower floors of the Buffalo Trace warehouses, and the proof comes in at 128.2 proof, one of the lowest (if not the lowest) I’ve seen since starting this website. (Higher warehouse locations are hotter, which causes more water to evaporate than alcohol, which leaves higher-proof whiskey in the barrel.) OK, with that resolved, what you’ll find is a classically structured barrel-proof bourbon, heavy with wood notes (and plenty of straight-up alcohol despite the lower proof level) up front but balanced by a surprising fruitiness underneath. Chewy with notes of figs, plums, and currants, it’s got a brooding character you don’t often see in bourbon and which is not the usual way Stagg presents itself. One worth exploring, as always. 16 years old. B+ [BUY IT NOW FROM CASKERS] [BUY IT NOW FROM DRIZLY] [BUY IT NOW FROM FROOTBAT]

William Larue Weller Bourbon 2013 – The blazing hot nose makes you think you’re in for nothing but burn, but this year’s Weller — never a highlight of the Antique Collection — has much more to show off. Lots of tobacco on the nose — both fresh and smoldering. A 136.2 proof bourbon at the (comparably) young age of 12 years old, it comes across as older than you initially expect. The tobacco and wood notes blow off after a time, bringing on restrained butterscotch sweetness, plus some banana and caramel notes. This is probably the most classically structured bourbon of the lot, with wood meeting ice cream toppings alongside a blistering overproof backbone. Plenty to enjoy for the traditionalists. B+ [BUY IT NOW FROM CASKERS] [BUY IT NOW FROM DRIZLY] [BUY IT NOW FROM FROOTBAT]

Thomas H. Handy Sazerac Rye 2013 – As usual, this 6 year old rye is the odd man out in a collection populated by whiskeys two to three times its age. But last year Jim Murray made the untenably insane choice to name Handy his “Whisky of the Year,” cementing its place in the Collection pretty much eternally. This year’s expression is one of the better versions of the spirit. It’s a quite sweet rye, laden with plenty of baking spice and a particularly long gingerbread finish. The exceptional sweetness can become a bit overwhelming in the long haul, but that may be to some drinkers’ tastes. Not a lot of wood influence this year, a stark departure from 2012. I wonder what Murray will say. 128.4 proof. B+ [BUY IT NOW FROM DRIZLY] [BUY IT NOW FROM FROOTBAT] 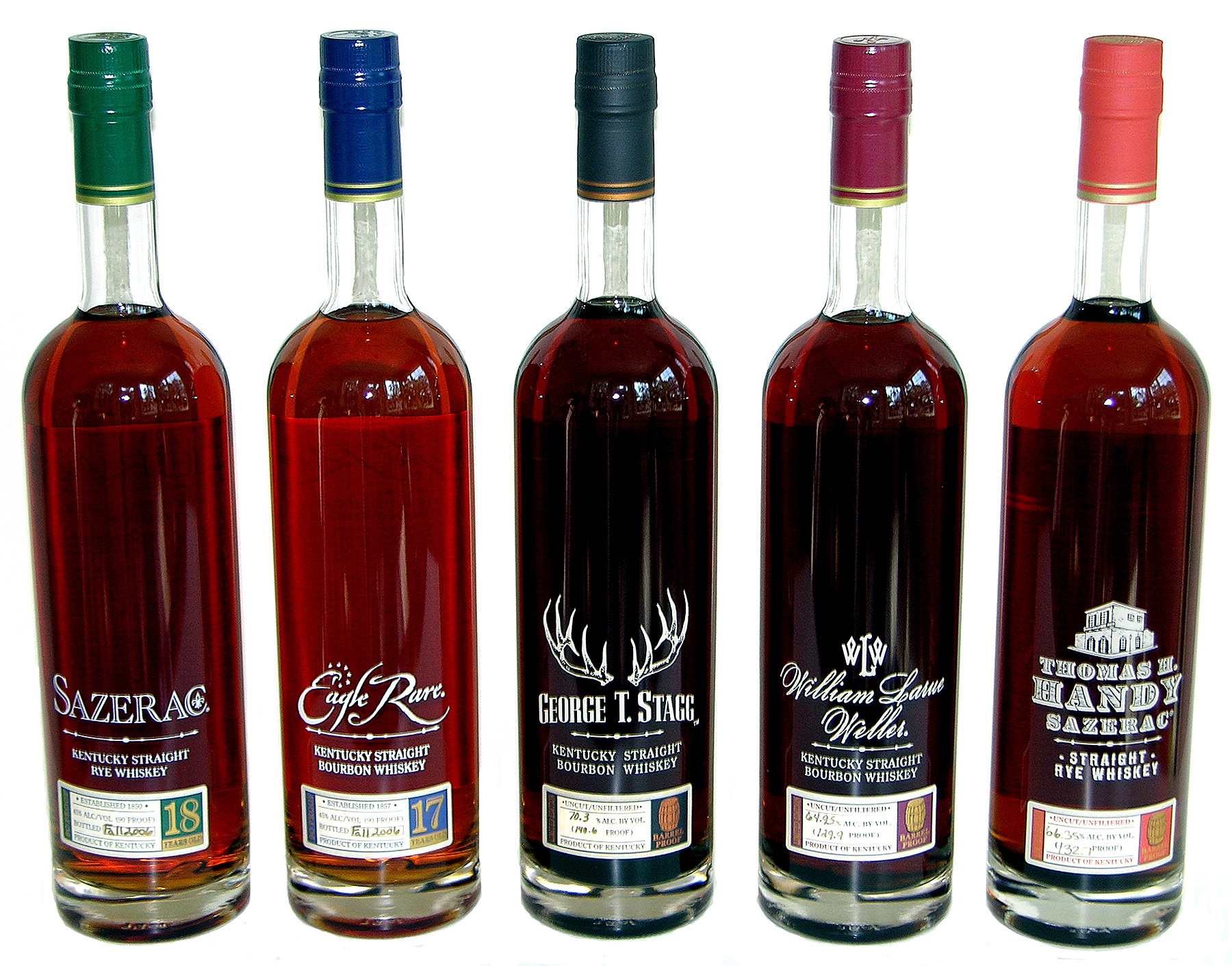