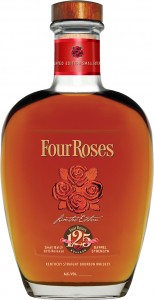 The annual release of Four Roses’ limited edition Small Batch Bourbon is always cause for excitement, but this year’s release is special, bottled in honor of the distillery’s 125th anniversary.

It’s a good mix. An intriguing nose offers some mint, butterscotch, and solid vanilla notes — it’s almost like wandering into a Baskin Robbins. On the body, things gel quite nicely. Vanilla caramels, more butterscotch, and a touch of cinnamon on the finish keep this whiskey grounded squarely in the dessert world, though it isn’t overly sweet and it manages to keep itself balanced. It may be one of the simpler whiskeys to come out of 4R in recent years, but damn if it doesn’t grow on you. Overall it’s really enjoyable, but I’d keep this one for after dinner drinking.

Note: A scant dash of water is a help.

Proof will vary. Our sample was about 110 proof. 8000 bottles produced. 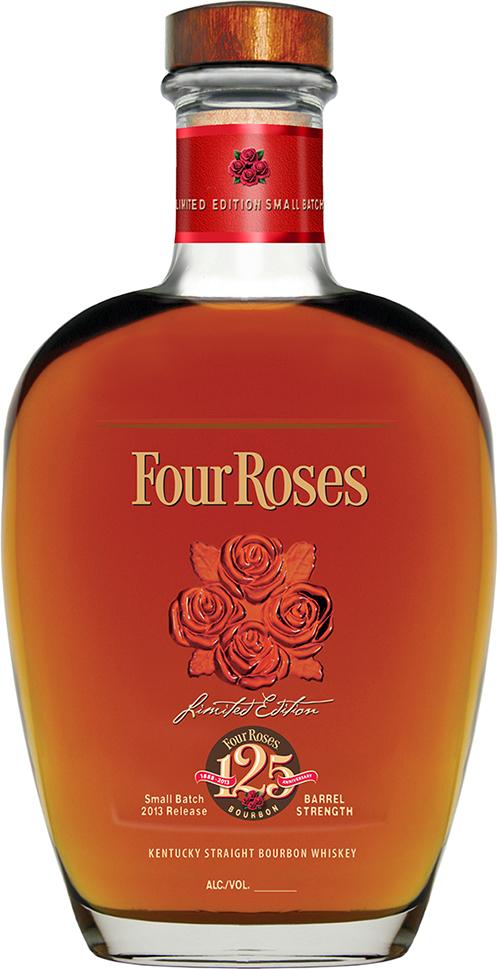