Bourbon heads certainly have cause to celebrate with the arrival of Stagg Jr. on select shelves later this week. Much like its parent/namesake bottle George T. Stagg, “Junior” will weigh in at around 134 proof and come with a retail price of $49.99 for a 750ml bottle. Hopefully it will be much more accessible to a wider audience as well. Our review is on the works. [Buffalo Trace]

In other whiskey based news, Shanken News Daily has an engaging interview with Heaven Hill president Max Shapira about the company’s rapid expansion, the surge in worldwide demand the company is currently experiencing, and what it will mean for the future. [Shanken News Daily]

With sales slipping in the United States, Anheuser-Busch InBev is following the trend of many other mega-conglomerates and setting its sights on a new prize for market domination: China. It makes perfect sense with the rise of the middle class in many major Chinese cities and a target audience of several billion people. [Wall Street Journal]

In a bold stroke of genius, Hillsboro’s Big Bottom Whiskey is taking a bit of a chance that a new 200ml resealable pouch o’ hooch will go over well with outdoorsmen tired of lugging a flask/thermos around. While 200ml might not be enough for some in the great outdoors (we’re imagining a bandolero for multi-pouch utilization), this is a nice example of thinking outside the bottle. [Oregon Live]

And finally today, Eater has coverage on the recent boycott of Russian vodka by many establishments due to the new anti-gay legislation currently enacted in Russia. No word on if this movement has gained traction or momentum, but this will most definitely be something to keep an eye on in the coming days and weeks as word spread. [Eater]

Drinkhacker Reads – 12.18.2013 – On The Matter Of Festivus Poles, Fashion and Alligators 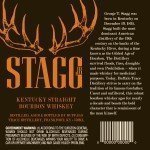