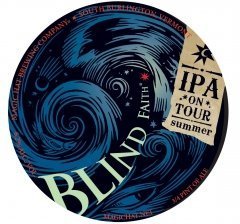 Magic Hat never met an ingredient it couldn’t turn into a beer, and this week we look at three new brews from the company — one a relatively straightforward IPA and two unique concoctions that you’ll no doubt find intriguing, at least to read about.

Magic Hat Blind Faith – This IPA is described as “well balanced,” but I get a strong coffee character from it, with chocolate on the finish. These flavors are a bit unusual for IPA, but they don’t dampen my enthusiasm for an otherwise chewy and rounded beer that has a solid slug of bitterness behind it. 6.2% abv. B+

Magic Hat HiCu – HiCu? Hibiscus and cucumber. Hmmm. A sniff brings out — miraculously — both of those elements, and I’m still trying to figure out whether I like it. It’s got two components that are bizarre to start with in a beer, and which arguably have no business being together, either. Ultimately, it’s the cucumber component that really takes over and doesn’t let go, channeling the spirit of the veggie tray into an otherwise indistinct English Ale. 4.2% abv. C

Magic Hat Elder Betty – You can probably guess that elderberry is the oddball ingredient in this Magic Hat brew. It’s a strange one, a Hefeweizen that only hints at the distinctively fruit on the nose. Take a sip and the unmistakable sweetness attacks you much more strongly, balancing out the biscuity notes of the beer with a tart and fruity finish that, well, tastes like elderberries. Hard not to like but difficult to love. Reviewed from can. 5.5% abv. B