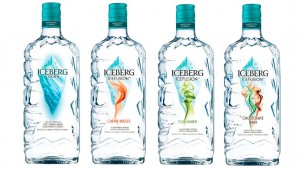 We last encountered this Canadian vodka — made with pure iceberg water, it’s said — last year. Now the company has expanded its lineup to include three flavored vodkas. Fresh thoughts on the original plus the three new offerings follow.

Iceberg Vodka – Clean, Euro-styled vodka with a lightly medicinal backbone. Some sweetness develops as you sip — caramel and maybe a little banana, too — but a bit of bite comes back on the end, a touch salty, too. A nice change vs. so many of today’s modern vodkas, which pour on the sugar until you choke. 80 proof. B+ [BUY IT NOW FROM DRIZLY]

Iceberg IceFusion Cucumber Vodka – Surprisingly, not the first or second cucumber vodka we’ve reviewed. This one’s got authentic cucumber notes on the nose, but quite sweet underneath — a necessity to make a vodka this vegetal more palatable to its obvious target market. That makes it much more drinkable on its own, but quite a bit less serious. That hint of banana from standard Iceberg creeps through in the end. 70 proof. B+ [BUY IT NOW FROM DRIZLY]

Iceberg IceFusion Chocolate Mint – Just like an Andes mint on the nose and the tongue. Sweet, but it’s supposed to be. Surprisingly balanced, without coming across as saccharine. The aromas are quite rounded and fill the room as they open up in the glass. One sip and I’m thinking I have room for another, as “it’s waffffer-thin.” 70 proof. A- [BUY IT NOW FROM DRIZLY]

Iceberg IceFusion Creme Brulee – Not a winner. The nose is off — lightly astringent — and the body is much too sweet, obviously an attempt to hide flavors that just don’t really approximate what it says on the label. Vaguely vanilla, vaguely cake frosting. Not really an effective attempt at either, though. 70 proof. C [BUY IT NOW FROM DRIZLY] 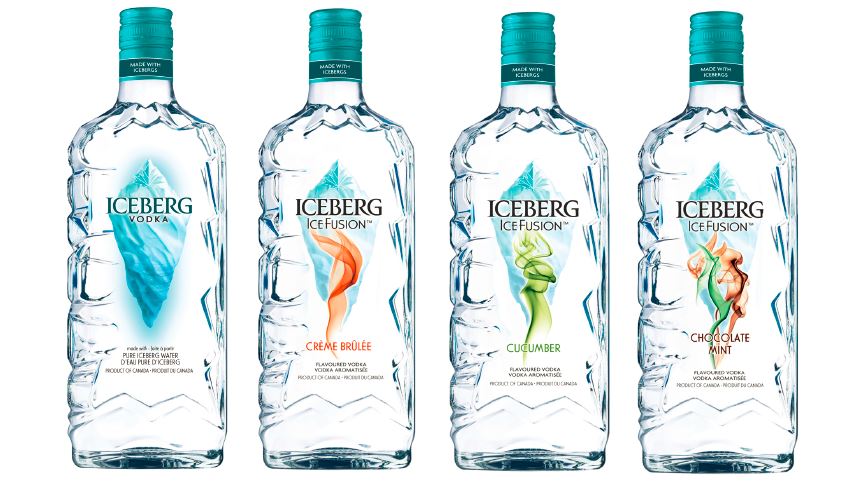