We’ve had a lot of exceptional items come across our desks this year, and rather than wait until the annual gift guide for a re-cap, we figured that there’s no better time than (a little over) the halfway point of 2013 to remember some of the best of the best.

in the same week, but both the Brora 35 Years Old Limited Edition and the Port Ellen 32 Years Old Limited Edition 2012 were more than up to the task of providing memorable (and pricey) experiences. They’re also two of the precious few A+ ratings we’ve given to date. For those whose pockets don’t run nearly as deep, we also gave the thumbs way up to Arbeg’s Ardbog and That Boutique-y Whisky Company’s first batch of Tormore.

Bourbon: It’s been a great year for Kentucky’s tastiest export, with Jim Beam providing a double whammy via its extremely limited Masterpiece Sherry Cask expression and forthcoming Signature Craft 12 Year additions to an already strong stable. As per usual, Four Roses released an excellent bottle with its 2013 Limited Edition Single Barrel, and new offerings from Russell’s Reserve, Hillrock Estate, and James E. Pepper proved that the worldwide demand for bourbon is based on quality and not just something the hype machine fabricated. For those looking for a bargain without sacrificing quality, expressions from Burnside, Big Bottom, and Hooker’s House all proved worthy of one’s hard earned coin. 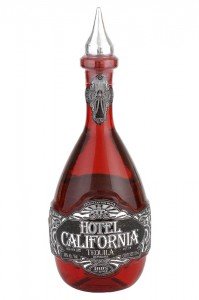 Tequila: With its international demand growing steadily over the last few years, tequila has had a bit of trouble overcoming certain goofy spokespersons and celebrities developing and “inventing” their own brands. However, one that escapes that trend is the Hotel California line; a mid-to-high-end priced spirit that’s consistent in quality across the board. Buffalo Trace’s parent company Sazerac continues its seemingly endless experimentation by introducing a line finished in a variety of bourbon barrels, including St. Pappy Van Winkle. And of course, the first name in tequila, Cuervo, launched its annual, limited edition Reserva de la Familia to high marks with an equally high price tag. For those looking for something a little lower on the price tag without compromising quality, both Cruz Silver Tequila and Tapatio brands did a great job delivering without breaking the bank.

Rum: The rum market is also enjoying its fair share of growth, and we’ve been lucky enough to sample some incredible new releases this year, with one of the best of the best being the 12 year old Dominican Rum from Kirk and Sweeney. Also delivering strong returns were the Imperial Premium Blend 30 Aniversario from Ron Barceló and the pricey (but worth it) Family Reserve “Old Rum” from Gosling’s.

Gin: Fears aside about the potential, looming juniper shortage, the gin world

has hit several reasonably-priced home runs this year. Old reliable standby Plymouth Gin provided back to back hits with its original and Navy strength expressions, and Master of Malt offered up an engaging little curiosity in the form of their Worship Street Cream Gin. It’s a bit off the beaten path as gins go, but for the curious and adventurous drinker in your life, it’ll do the job nicely.

Aside from those major categories, we’ve also had some incredible ryes courtesy of Angel’s Envy and Hooker’s House, the best Irish whiskey of the year via Powers with its John’s Lane offering, and impressive whiskies from House Spirits and Dry Fly. We also concluded the first half of the year with a sneak preview of an absolutely incredible absinthe from Switzerland’s Butterfly. All in all it was a fantastic first half, and with some of the bigger names releasing their best stuff in the fall, we’re certain the best is yet to come.

But enough about us, what were some of your favorites? Let us know!