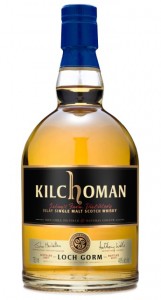 Kilchoman, by far Islay’s newest distillery, keeps cranking out releases — this is the 8th Kilchoman review we’ve published since 2010.

Loch Gorm, named after a peaty Loch near the distillery, is the beginning of a new range of whiskys from the distillery. As with the others, it will be reissued in older expressions as casks continue to mature.

The signature style of the whisky comes from full maturation in Oloroso sherry butts plus further finishing in Oloroso hogsheads. Initial maturation is over 5 years, though no age statement is offered.

The time in sherry gives the spirit quite a lot of color — and quite a lot of sherry on the body, too. The nose starts off with tons of smoke, backed with burnt orange peel. Sounds enticing, but the body gets a little messy. The orange is way overpumped, and the peat fire hasn’t mellowed one bit. The effect is something like drinking orange juice over a campfire. Not hideous, but pungent in ways you might not really be expecting (or desiring). Notes of cherries, heavily roasted grains, and light petrol character all pop up from time to time. Overall: The sherry seems a bit overdone here; ultimately I think Kilchoman is served better by sherry finishing rather than 100% maturation.

B / $90 / kilchomandistillery.com [BUY IT NOW FROM CASKERS] 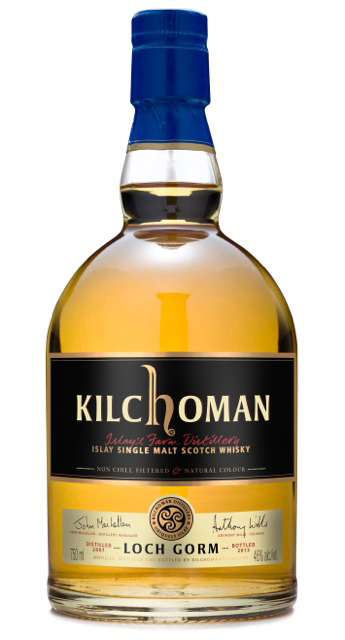