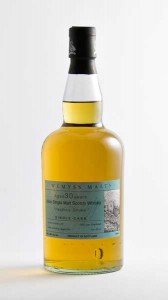 Two new whiskys from Wemyss — one a very rare independent bottling of a single malt, one a larger-scale extension of The Hive blended malt. Notes on both follow.

Wemyss Single Malt “Heathery Smoke” 30 Years Old – One of Wemyss’ more successful single malts (this one from Caol Ila), though I think “Honeyed Peat” would be a better name. This kind of age lets the smokiness mellow out, leaving behind nice honey notes, some floral character (the “heather” of the name), and a smooth, but still lively finish that offers a surprising amount of pure barley notes. It’s a smoky Scotch that doesn’t knock you down, a fire that’s burned down to embers, leaving behind just the essence of its coals. Worth trying. 92 proof. 272 bottles made. B+ / $245 [BUY IT NOW FROM CASKERS]

Wemyss Malts The Hive 8 Years Old – The Hive is already available as a 12 year old blend. Now a younger, 8 year old is hitting the market. Perfectly reasonable, this ultra-light whisky starts moderately sweet and finishes short, an everyday dram for those who like their whisky simple and fresh tasting. This isn’t incredibly different form the 12 Year Old version of The Hive, though perhaps some of the flowery elements are dialed back in this rendition. It does not seem as particularly sweet, either. Not a bad deal if you can find it. 80 proof. B+ / $40 [BUY IT NOW FROM CASKERS] 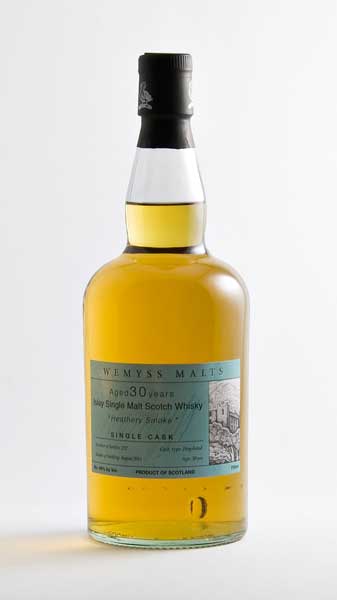