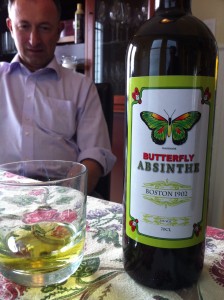 Based in Switzerland, Alan Moss is the kind of guy who lives and breathes absinthe. He writes about absinthe prodigiously on his blog, and he also makes the stuff (well, his partners do): La Clandestine is easily the best blanche absinthe on the market.

Moss has other tricks up his sleeve, it seems, and recently he dropped by Drinkhacker HQ to show off his latest: Butterfly. This is an absinthe that’s been on sale in Europe for a few years but is now coming to the U.S. As well it should: It’s actually an American-born absinthe, the recipe having originated in Boston, Mass., in 1902. As the story goes, an old bottle of an absinthe called Butterfly was unearthed on eBay — only the buyer ended up pouring it out when she was denied the ability to board a plane with it. The label survived, and the spirit was later recreated with a book was uncovered in Boston’s archives, and the original handwritten recipe (or at least one of the recipes) for Butterfly was found.

The label was recreated — with a few minor tweaks — when the absinthe was formally launched in 2011. Today it is produced in Switzerland alongside La Clandestine. 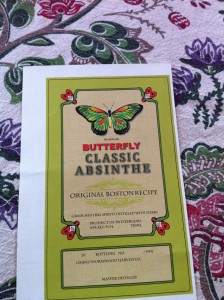 This is the new U.S. label; European label shown above.

I was fortunate enough to taste the new release, a quite sweet absinthe (which needs no sugar added) that includes some unusual botanicals, namely peppermint and citrus. The color is a beautiful chartreuse and the flavors run to lemon oil, fresh cut ginger, green onion, and of course some licorice candy. It’s a really top-notch product that will hit in the fall of this year for $85 to $90 a bottle. 130 proof. A [BUY IT NOW FROM CASKERS]

Moss also showed off a product which is not coming to the U.S. In fact, it’s only available if you visit the distillery where La Clandestine and Butterfly are made. Absinthe Aux Oeufs (pictured below) is, as the name implies, an eggnog liqueur that’s spiked with absinthe. A bizarre and unlikely spirit, you don’t really detect the absinthe. Instead, this big, eggy, vanilla-and-caramel cream liqueur drinks like a traditional ‘nog… until, after a while, a hint of licorice comes out. It’s super strange, yet surprisingly compelling. Too bad the six month shelf life means it will never be exported. 30 proof. 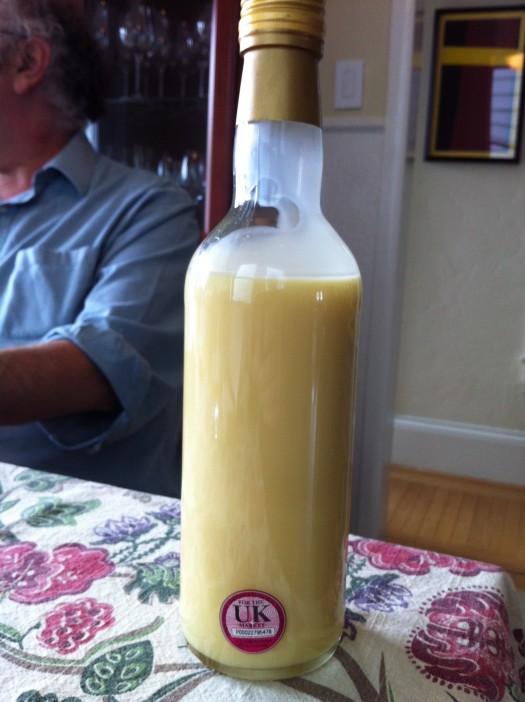 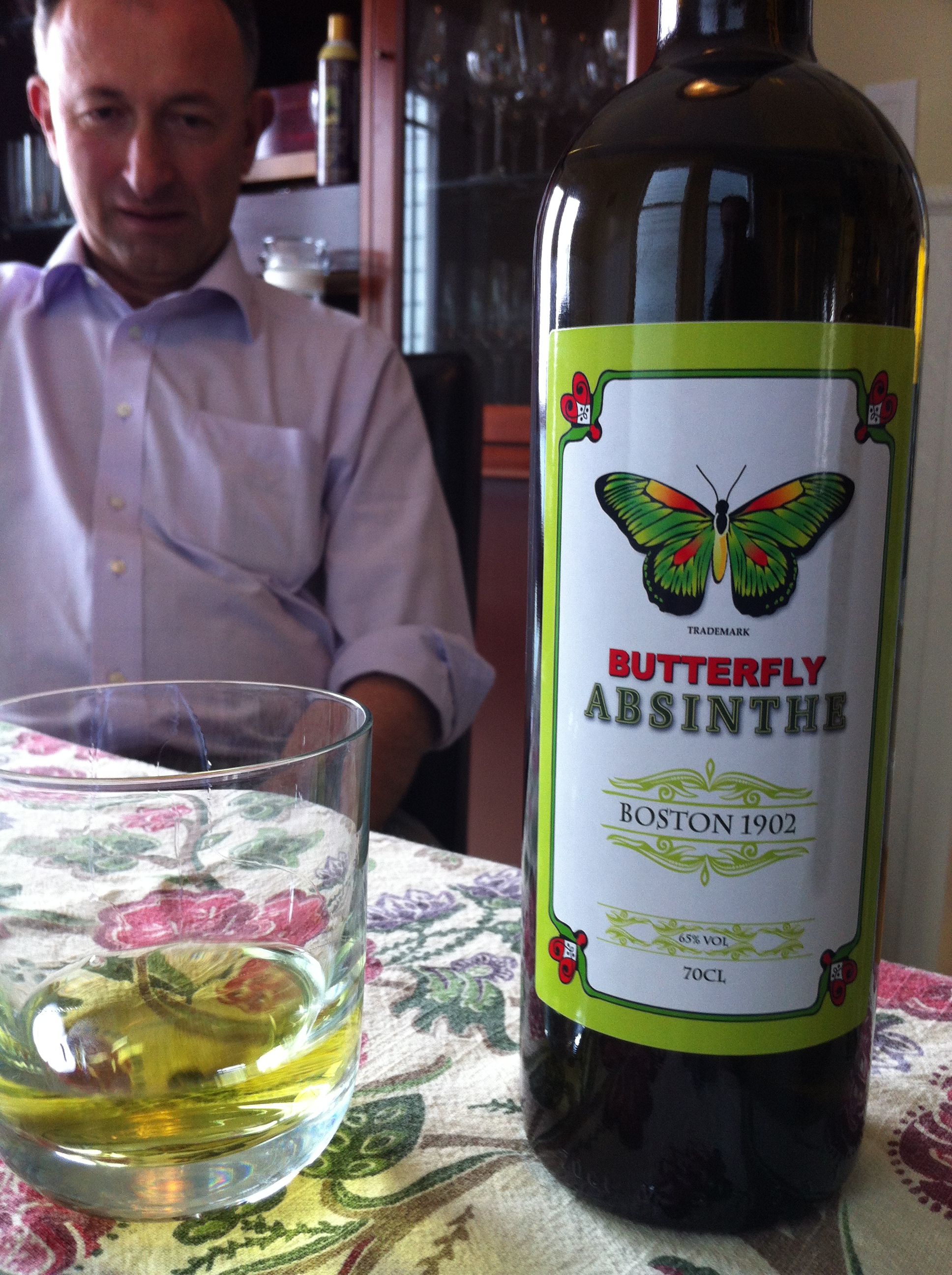