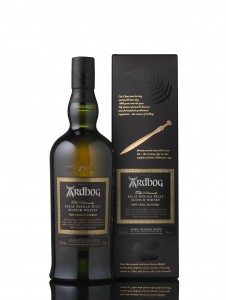 Ardbeg lovers likely don’t need me to tell them about the Ardbeg Committee and Ardbeg Day (which happens around June 1), which sees a special release of Ardbeg arriving every year. This year’s is called Ardbog, a play on words which alludes to the origin of peat in Scotland’s many bogs.

Ardbog is a 10 year old old whisky — in keeping with the primary malt from the company — with a twist, as it is aged in a combination of Bourbon (60%) and Manzanilla Sherry barrels (40%). Sherry is common, of course, as a finishing wood in Scotland, but Ardbeg doesn’t do a lot with it. (Uigeadail is one of the few that does.) I’m not sure why, it really does wonders to the normally overpowering smokiness of Ardbeg.

Ardbog features a pretty and almost floral nose, balancing peat fire with orange peel, orange blossoms, and hints of raisins. The body is lush and rich, bringing together all of the above along with a salty, sea-driven backbone. The finish comes together with a fruitiness that is downright shocking for Ardbeg, which is normally focused on fire and brimstone. It’s a lengthy, luscious denoument, both easygoing yet complex and deep, inviting continued exploration. Perhaps my favorite Ardbeg expression to date. 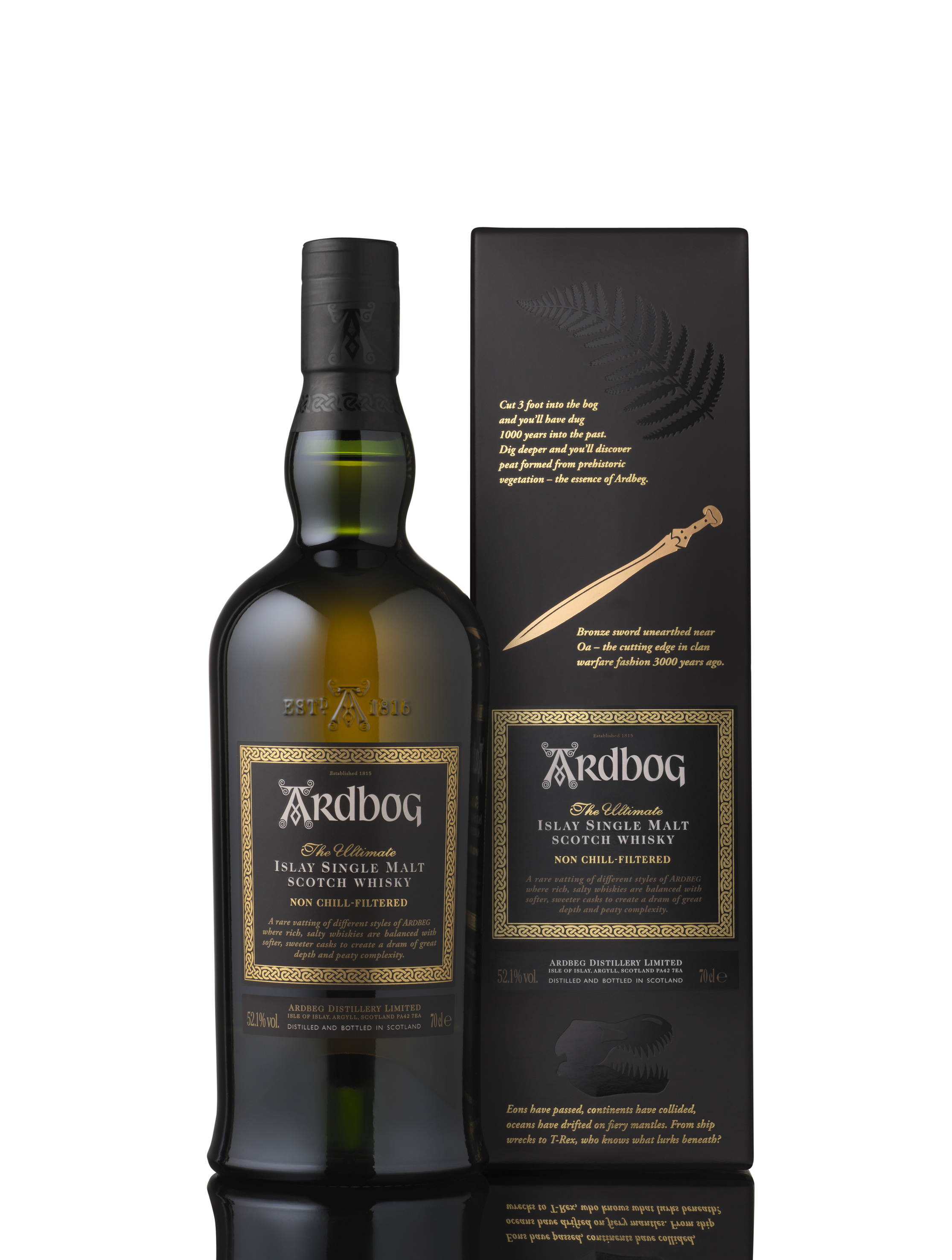