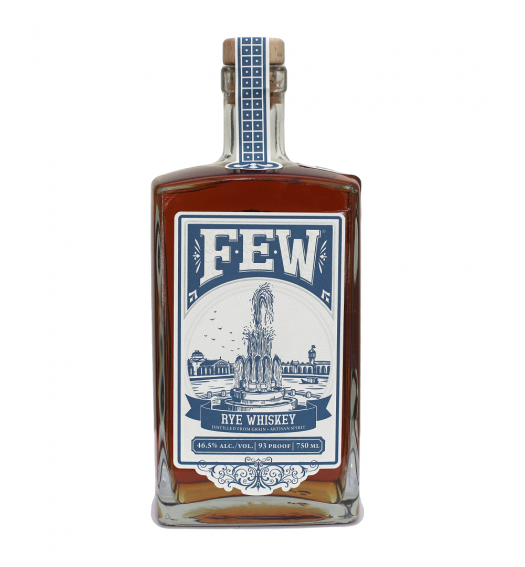 Evanston, Illinois-based Few Spirits makes old-timey spirits and even bottles them in old-timey decanters. Today we take a crack at two of the company’s bottlings — the “American” gin and an aged rye whiskey.

Few Spirits American Gin – Big and malty, this is a far different experience than most dry gins you’ve likely encountered. Many call Few’s gin closer to a genever, and that’s a fair descriptor. I think it’s more like a flavored white whiskey, intensely grain-focused and a little funky. Atop that, you get some gin-like character. Clear lemon oil from the second you crack open the bottle, for starters. Hints of vanilla on the finish. But by and large this offers beer-like malt and hops character throughout the body, overpowering the more subtle botanical elements in the whisk… er, gin. If you told me there was no juniper in this at all (you can catch it if you hunt for it, but then you start to wonder if it’s your imagination), I wouldn’t be surprised one bit. 80 proof. Reviewed: Batch #2-2-13, bottle #91. B- / $40

Few Spirits Rye Whiskey – A rye/corn blend (actual mashbill unstated) that spends “less than four years” in new oak barrels, Few’s rye offers a plethora of youthful flavors and chutzpah, a punchy whiskey with intense elements of cornmeal, fresh bread, and malt. As with many very young whiskeys, it is a little brash and angry, a brooding spirit overflowing with grain. Oddly, it doesn’t come across as particularly hot, though it’s bottled at 93 proof. Instead, it gets its fire in the form of toasted grains, and the ultra-long finish speaks more of gentle smokiness than heat. What I don’t get is a lot of fruit — just touches of applesauce. The cereal notes are simply overpowering of everything else. Reviewed: Batch #11-85, bottle #77. B / $60 [BUY IT NOW FROM CASKERS] 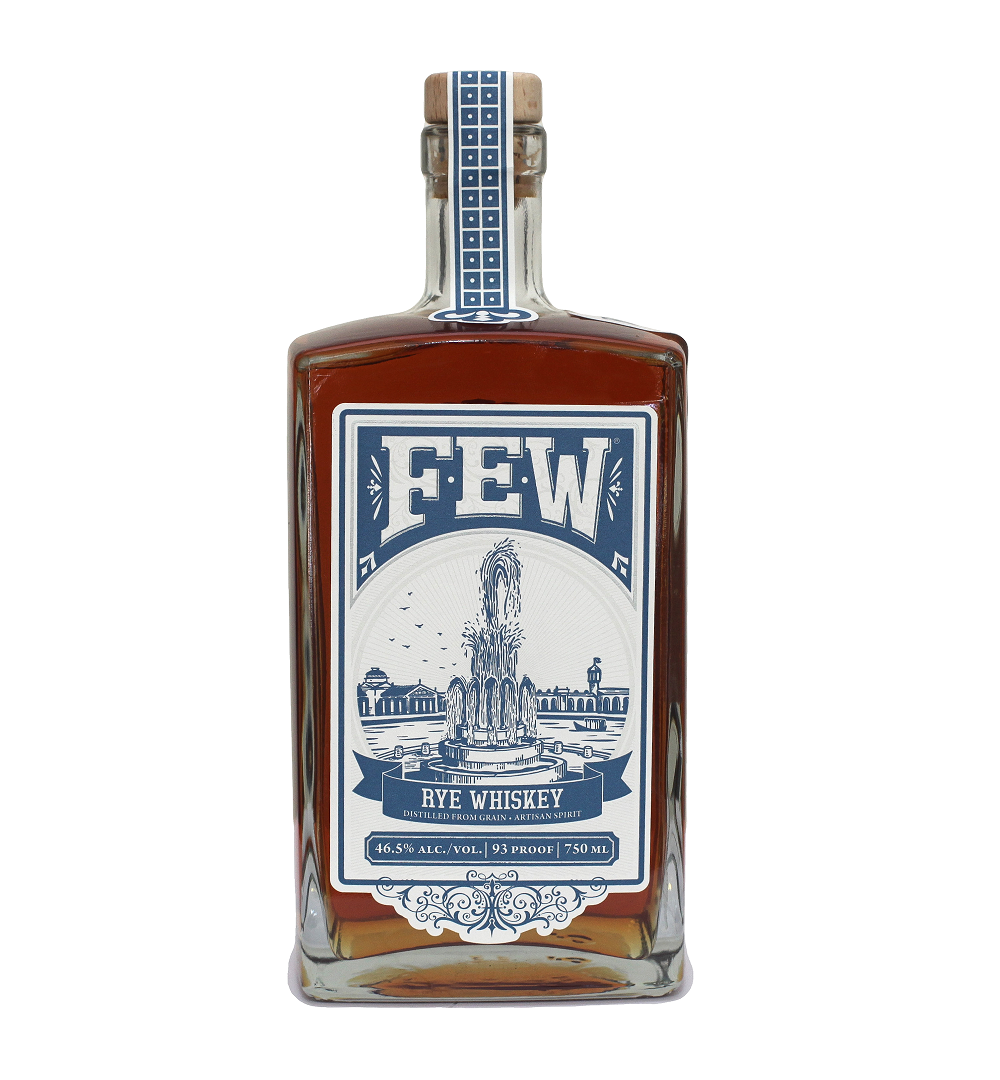