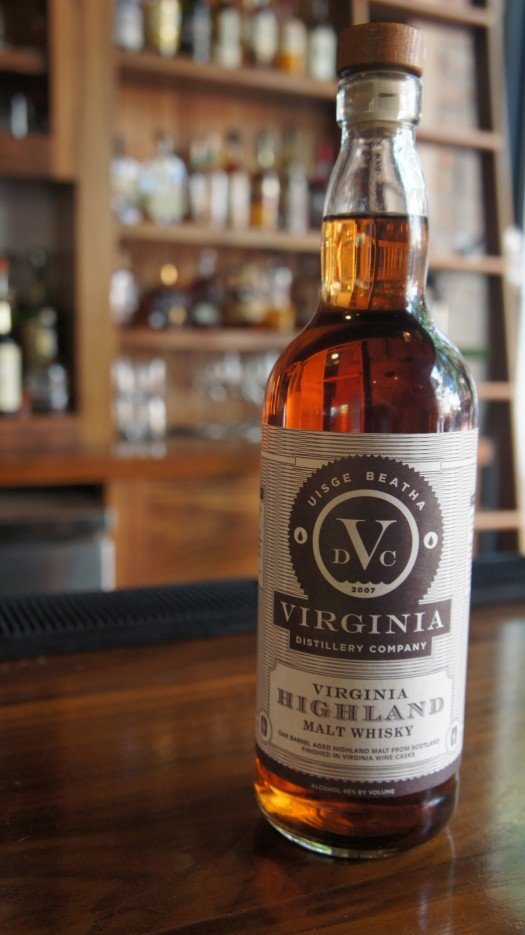 Eades Whisky broke ground in 2008 with the then-bold goal of growing, malting, and distilling its own barley to make single malt whisky in Virginia. Since then, the craft distilling movement has gone wild, and the idea of making whisky styled like single malt Scotch in the U.S. is no longer a wild one.

Eades has been working along toward its goal (Virginia Single Malt is sleeping in cask) and the new company, now known as Virginia Distillery Company, has been toying with some other goodies in the meantime. First there’s the Eades Double Malt line, each a blend of two single malts that are finished in wine casks. Now, there’s this, a single malt from the Scottish Highlands that is aged in Scotland, then shipped to the U.S. where it is finished briefly in Virginia Port-style wine casks. In other words: Virginia Highland Malt Whisky is essentially a unique spin on an independently-bottled Scotch, a real rarity here in the U.S.

The whisky has no age statement (nor information on the original distillery, the identity of the Port used for the finishing, nor much of anything else). It is bottled at 92 proof.

On to the review. The whisky (or is it whiskey now?) has a classic structure, despite the unique finish. The nose offers sweet nougat notes, shortbread cookies, and fresh barley notes. The body pushes up the sweeter notes, offering rich fruit, applesauce, honey, some cinnamon, and lots of that nougat character. Nothing overwhelmingly Port-like, which is a bit of a disappointment, but not a letdown. This is a solid, well-balanced whisky with lots to recommend it. Well done, Virginia! 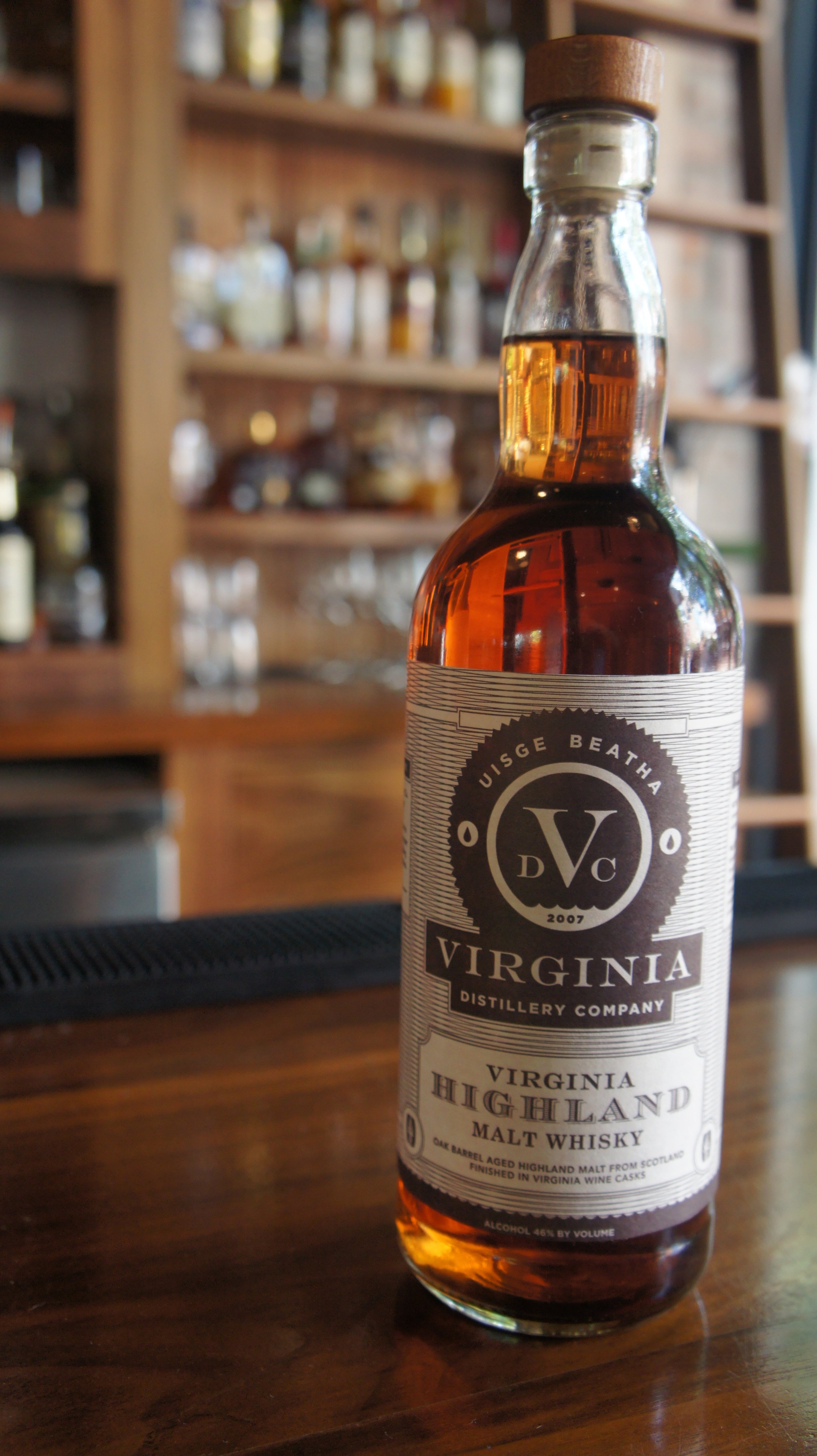