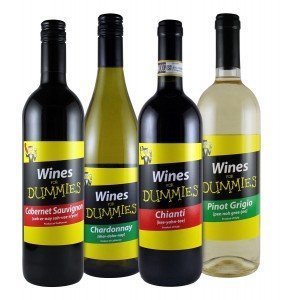 Surely you’ve known there was Wine for Dummies. Now there are Wines for Dummies. Actual wines, made for dummies to drink.

Don’t act so shocked. You knew this was coming. In fact it’s a pretty good idea: Package up cheap wine in a familiar package so utter novices can get their feet wet with the stuff. At $10 a bottle, it’s a harmless — if inelegant (and, well, far from “discriminating”) — way to explore the world of vino.

To even consider drinking these wines you really do need to be an utter, rank novice. None of them are particularly good, and the iconic black+yellow+red/green labels (complete with pronunciation guides — “kee-yahn-tee“) are not something you’re going to bring to Easter brunch. Instead, they are purely for investigative purposes. Try the wines, then hide the bottles at the bottom of the recycling bin so the garbage guys don’t judge you.

That said, from a business standpoint, how great an idea is this! It’s genius, really… but why stop at wines? Where’s my Microwave for Dummies? My TV for Dummies? My Car for Dummies? If nothing else, the Dummies people should be dominating the entire grocery store. Who needs to think about what to put on their salad when they could be using Dressing for Dummies!?

2012 Wines for Dummies Pinot Grigio IGT – A real Italian Pinot Grigio. Mildly tropical and atypical for Pinot Grigio, with a touch of funk beneath the fruit. Not much acidity to speak of, which is unfortunate but unsurprising at this price. Not sure if this is an apropos introduction to Pinot Grigio, but it’s at least a harmless wine on the whole. B-

2011 Wines for Dummies Chianti DOCG – Italian DOCG Chianti for just 10 bucks? Hard to believe, and proof that decent Chianti needn’t cost a fortune. Classic, intense red cherry character is the dominant flavor here, though the nose has some curious black tea character as well. The body is a little tart, a touch too balsamic on the back end, but overall a decent intro to the way Chianti — or at lease Sangiovese — is supposed to taste like. B

2011 Wines for Dummies Chardonnay California – A minimally oaked Chardonnay, this is actually an easy drinking wine with modest melon, lemon, and white peach character. Some vanilla on the back end. Simple, but reasonably appropriate as an intro to California Chardonnay, though a far cry from the more buttery, heavily oaked styles that drinkers are more likely to encounter. B

2011 Wines for Dummies Cabernet Sauvignon California – My least favorite of this bunch, a simple and not very lively Cab that offers a modest plum body, backed with somewhat harsh tobacco and leather notes. It finishes off with a rather unpleasant finish. C 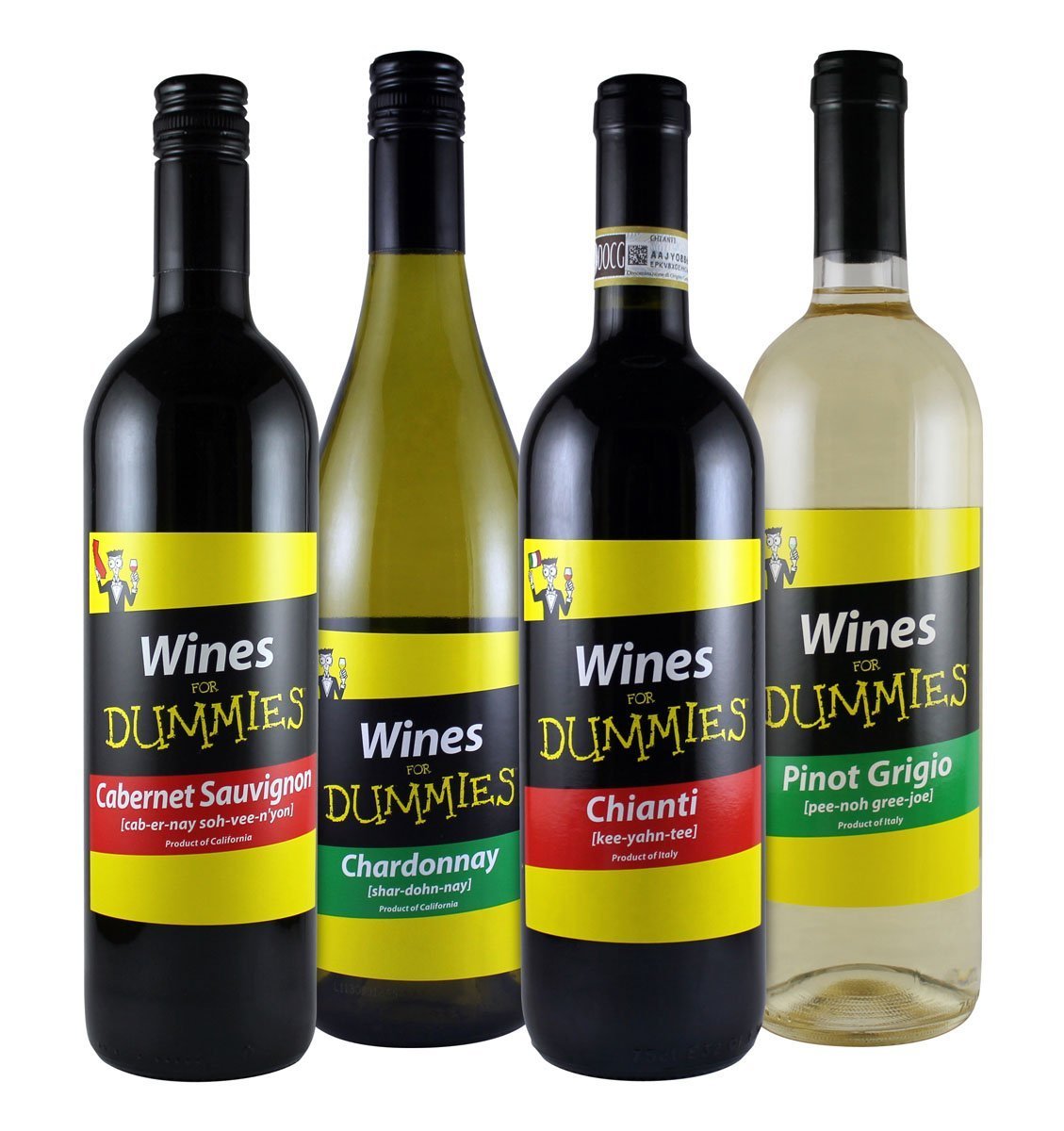