German brewers have been having a hard time lately. Not only are Germans drinking less beer, but now the German government is going ahead with fracking initiatives for energy. This move has brewers highly concerned, who say it could significantly hurt the quality and “purity” of German beer. This battle still has a long ways towards a resolution, but it will no doubt be an interesting one. Imagine if this was fracking, Kentucky, and bourbon. [NBC]

Elsewhere in the beer world, Grist columnist Deena Shanker examines the world of organic beer, and pontificates on whether or not it’s a permanent fixture in the beer world, a relatively passing fad, or somewhere in between. As well, Gizmodo breaks down the science of non-alcohol beer and its continuous quest to taste like the actual thing.

In non-beer related news, The Huffington Post conducts an informal taste test to find out of if the quality of gin and the tonic in a gin and tonic actually matters, or if its just all marketing fluff trying to convince people otherwise. [Huffington Post]

A few weeks ago we reported on the experiment Mira winery was conducting by sending a case of their wine to the bottom of the ocean floor. Fox News reports (and decides) the results are in: and the experiment was a success. The winery plans on starting phase 2 of the experiment shortly. [Fox News]

And finally today, we all know that most major corporations donate to political campaigns. But few folks take an in-depth look at just where the money is going. Medill Reports focuses in on the spending of Beam global’s lobbyist wing, BeamPac, and dissects exactly which candidates the company actively supports. [Medill] 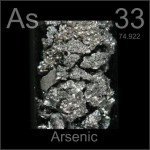