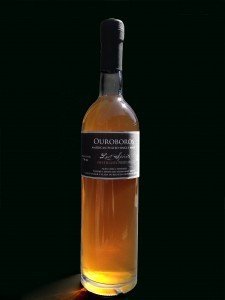 Lost Spirits’ Leviathan is one of the most unique whiskeys being produced in America today — if not the world. Made close to Drinkhacker HQ in Monterey, California, Leviathan is a heavily peated single malt that is aged in heavy char barrels previously used for late-harvest wine (the varietal of the wine changed depending on the cask).

Now comes Ouroboros (named after the snake eating its own tail), which is Leviathan with two little twists. First is the peat. This peat is sourced from a close-to-home private island in the delta leading to the San Francisco Bay instead of using Canadian peat. Second is the barrel. Late-harvest wine is out. Former Hungarian oak sherry casks are in. (As with Leviathan, they are re-charred before being filled with whiskey.)

As with its predecessor, it’s fascinating stuff. The nose is intense and gut-punching, a liquid forest fire filled with crude oil, fresh timber, and plenty upon plenty of  peat. The body throws many a twist at you. What starts with simple smoke evolves, both in your mouth and in the glass. Cocoa nibs and dark chocolate syrup are the immediate developments, along with a malty extract character like you get in an ultra-high alcohol beer like Utopias. Rum raisin, maybe? Citrus also comes and goes — something like one of those chocolate oranges you get in your stocking at Christmastime.

As with Leviathan, Ouroboros is both an acquired taste and — definitively — not for everyone. I think it’s a bit better than Leviathan (at least Cask #3), with more complexity and better balance. Your mileage, of course, will vary. Haters gonna hate. 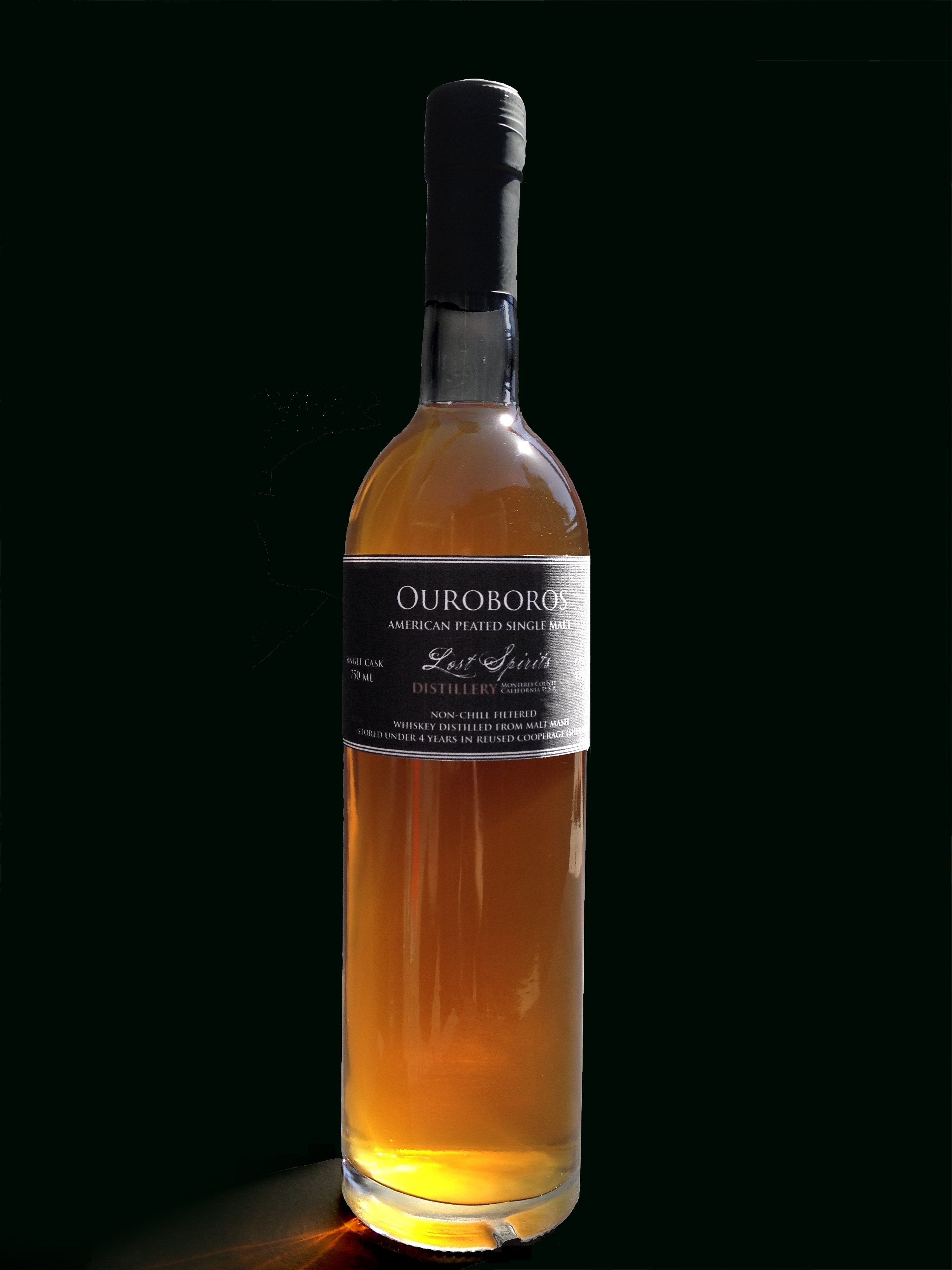