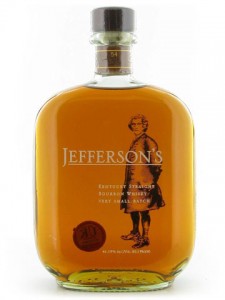 Today we’re filling a glaring hole in our coverage. While we reviewed one special edition of Jefferson’s Bourbon (which is no longer available, actually) four years ago, we’ve been silent on the line’s other expressions.

Today we start correcting that, with reviews of Jefferson’s entry-level Bourbon and Jefferson’s Reserve, the two most commonly available expressions from Jefferson’s. While Jefferson’s is traditionally thought of as a wheated line, that’s not always the case. These expressions don’t reveal their mashbills, but neither are reportedly wheated at all. (The mash is said to be 30% rye.) If you want to find wheat in your Jefferson’s, you’ll likely need to look toward the older and rarer expressions… which come from different distillery.

Jefferson’s Very Small Batch Bourbon – Aged 8 to 12 years. Plenty of wood on the nose, with a popcorn kicker. Not especially grainy on the palate, though it is a touch oily, with a finish that speaks more of Corn Nuts. There’s an unusual level of grain here for a whiskey of this age, with only hints at secondary characters… some rosemary and mint, perhaps. Surprisingly uncomplicated with nothing really to recommend or speak against it. Almost boring. 82.3 proof. B- / $30 [BUY IT NOW FROM CASKERS]

Jefferson’s Reserve Very Old Very Small Batch Bourbon (2013) – A blend of three Bourbons, aged up to 20 years (though presumably the bulk of the spirit is considerably younger). There’s much more refinement here, more sophistication and nuance. The nose is a bit racy with a little cinnamon character and classic vanilla notes. The body: Ample sweetness but not overdone, more of a creme brulee character with some melted caramels thrown in for good measure. The higher alcohol gives it a better body, with a lovely and slightly smoldering finish that hints at roasted marshmallows. It all comes together, inviting repeated and sustained sipping. Good price. 90.2 proof. A- / $40 [BUY IT NOW FROM CASKERS] 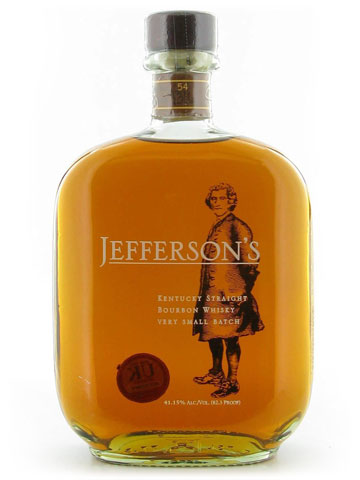 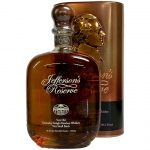