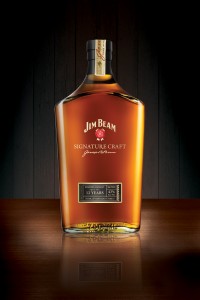 Rob Theakston recently had the opportunity to be front and center for the opening of Jim Beam’s Global Innovation Center this sprint, which culminated in the launch of Jim Beam’s first Signature Craft Bourbon. Rob previewed Signature Craft 12 Year Old, and now its formal arrival on the market is nigh. Launching for sale in August, Signature Craft will be a regular part of (and in fact the senior member of) the Jim Beam lineup.

Now production bottles are making their way to reviewers, along with the line’s first special edition….

Basically I think that Rob’s thoughts on Jim Beam Bourbon Signature Craft 12 Years Old are spot on. Classic Bourbon structure, it’s got vanilla to spare and a good slug of wood — but not too much — on the nose. The body is perfectly integrated, featuring chocolate and cinnamon beneath the vanilla/woody core. And there’s real austerity here, a wine-like character that you just don’t encounter in younger whiskeys and which is a product of picking really great barrels that have been mellowing for over a decade. The finish is more sweet than spicy, but it’s long and soothing. 86 proof. I agree with Rob’s rating: A / $40 [BUY IT NOW FROM DRIZLY] 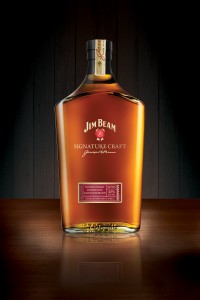 But wait, there’s more! Beam’s plan is to take Signature Craft and use it as the basis for a series of annually-released special editions. The first will launch in August alongside Signature Craft: Jim Beam Bourbon Signature Craft Rare Spanish Brandy 2013. This is the Signature Craft 12 Year Old that’s finished not in the traditional way of mellowing in Spanish brandy barrels but actually by pouring some Spanish brandy into the whiskey. That’s unusual, but does it pan out? Yeah, well enough, but it’s a bit of a distraction from the charms of the straight Signature Craft. The brandy adds more sweetness, along with heavy notes of raisins and dates, sending this whiskey’s flavor profile in a whole new direction. It’s still tasty, but more than a little disarming. I’ll keep sipping on it, but the original’s got it handily beat. 86 proof. B+ / $40 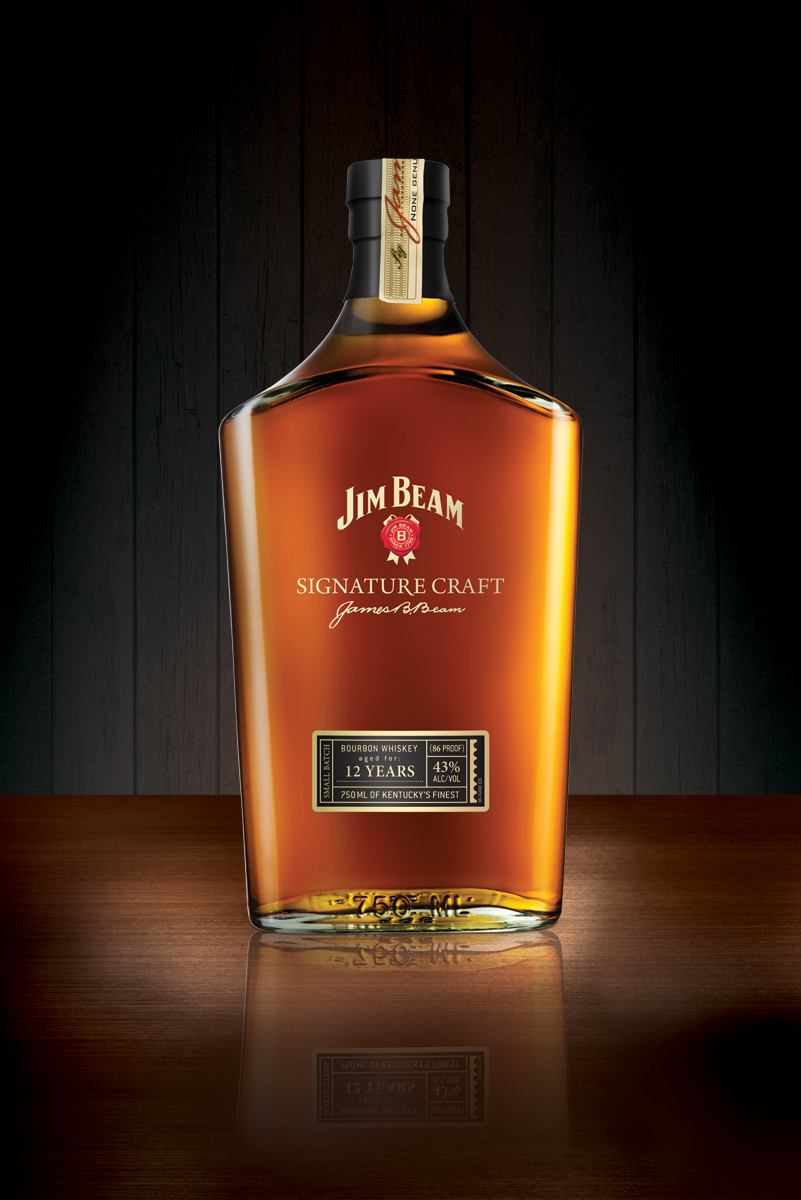