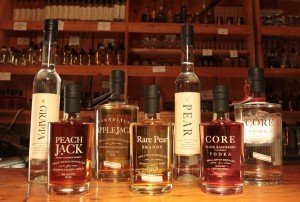 Harvest Spirits Farm Distillery, in Valatie, New York, focuses like so many other operations in this region on using local fruits to produce artisinal, farm-to-bottle spirits. The lineup below represents a full farmers’ market of goodies. Thoughts on the bulk of Harvest Spirits’ production follow.

Harvest Spirits Core Vodka – Another vodka distilled from New York apples, these grown in the company’s own orchards and triple distilled (leaving only the “core” of the spirit… get it?). Clean on the nose, with a caramel note. Slightly sweet, somewhat nutty on the body, with a surprisingly grain-focused finish. Apple character is evident on the nose, but only in passing, as the spirit opens up in glass. Intriguing and unique. 80 proof. B+ / $34 [BUY IT NOW FROM DRIZLY]

Harvest Spirits Rare Pear Brandy – Double distilled from Hudson Valley pears and aged for two years in American oak. Wood and pear — always a tricky combination — don’t come together well on the nose, here. It’s got a huge medicinal quality to it, vaguely fruity but knocked around by astringency and pungency, redolent of mothballs. The body is less palatable, more of that mothball character with a hint of pear on the finish. Just not drinkable. 80 proof. D- / $35 (375ml) [BUY IT NOW FROM DRIZLY]

Harvest Spirits Cornelius Applejack – Named after a veteran cider presser from the company farm, this apple brandy is rested in oak barrels for an unstated length of time before bottling. On the nose: Apples? Sure, but less present than you think: This is surprisingly far more whiskey-like than any applejack I’ve had. The body backs that up, with clear vanilla notes, wood, and a smooth cocoa finish. In a world where you’d probably never dream of drinking rustic applejack unless it was the last bottle left on the back bar, Cornelius challenges what this spirit can be and proves it belongs on the top shelf. 80 proof. A- / $50 [BUY IT NOW FROM DRIZLY]

Harvest Spirits Core Black Raspberry Vodka – A flavored vodka, distilled from apples and black raspberries (both local), with a small amount of black raspberry juice added back in afterward, giving it an impossible (yet natural) pink color. Incredibly fruity nose, a perfect complement to that incredible hue. Unlike the unflavored vodka, it has distinct apple notes underneath that big berry character. The body is immensely sweet (though there’s no added sugar), loaded with that raspberry — almost blackberry — character. Toss in some triple sec and you have an instant Cosmo, sans cranberry juice. 80 proof. B+ / $34 [BUY IT NOW FROM DRIZLY]

Harvest Spirits Peach Jack – Not what you think. Fresh peaches are pitted and soaked in Cornelius Applejack, then the mix is strained and aged a second time in oak barrels. There’s a lot going on here, maybe too much. The peach is overwhelming in an old school peach brandy sort of way, and combined with the apples it all gets a bit cloying on the palate. The finish feels authentic, but rough to sip on even at a relatively modest 60 proof. I can see how some folks would be fans, though. C+ / $33 [BUY IT NOW FROM DRIZLY] 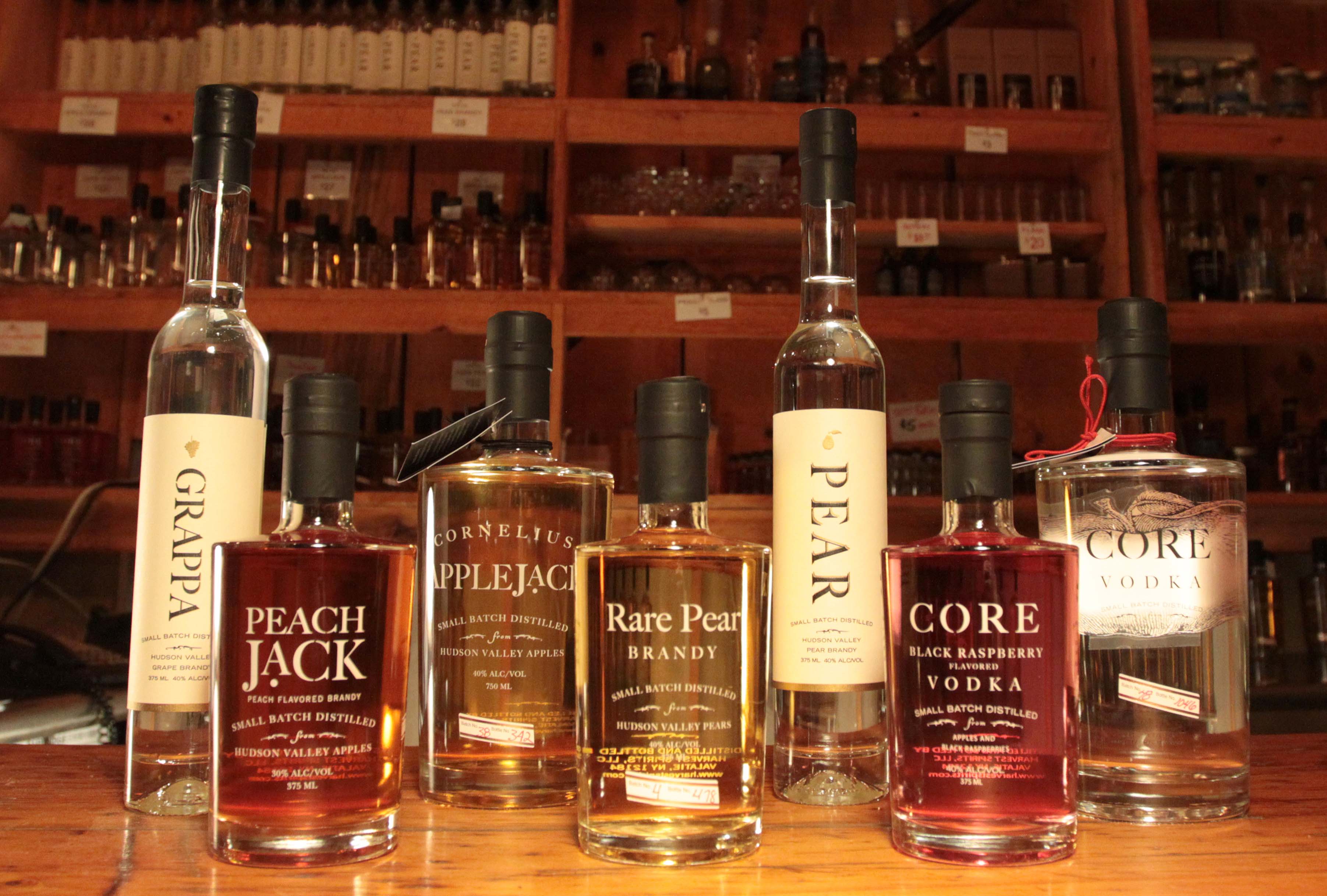