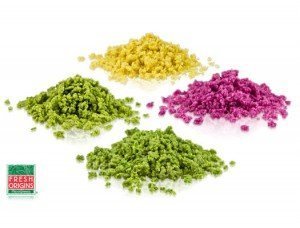 Bacon salt rim? Boring. How about a basil rim on your cocktail? Or fennel?

Fresh Origins, a micro-greens and edible flowers creator, is launching Herb and Flower Crystals, a sort of freeze-dried herb-meets-sugar idea that results in colorful, exotic, and wholly unique crystals that can be used as cocktail garnishes. Two sizes of the crunchy crystals are available, a coarse grind that is mainly intended as a flavoring ingredient for culinary recipes, and a finer grain that can stick to the rim of a moistened cocktail glass.

Neat idea — though I defer to better mixologists than I when it comes to figuring out how to effectively rim a cocktail with fennel crystals. Here are some thoughts on each of the varieties available.

Fresh Origins Mint Crystals – Very light mint notes, with curious licorice and vague sage character lacing the flavor. Mildly sweet, but not really like an after-dinner mint. Try it with a Grasshopper (or anything with chocolate elements in it). B [BUY IT NOW FROM AMAZON] 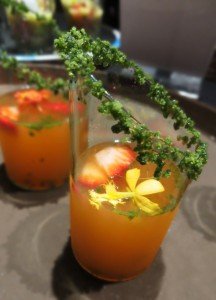 Fresh Origins Rose Crystals – Strawberry notes hit you first, and very mild, sweetened floral notes come along next. Actually pretty pleasant and refreshing, which came as a big surprise to me. You could totally get $2 extra for a Cosmo with a Rose Crystal rim. A- [BUY IT NOW FROM AMAZON]

Fresh Origins Basil Crystals – Again that cilantro character comes along, though it’s not out of the ballpark in relation to the similarly bittersweet basil. Basil in cocktails is a halting trend right now, but it’s one that’s still on the rise. As a rimmer it’s interesting, but I see it more as a culinary item than a cocktailcrafting one. B- [BUY IT NOW FROM AMAZON]

Fresh Origins Fennel Crystals – A straight-up licorice oddity in crunchable form. Lightly sweetened, probably the most candy-like of the full lineup. I rather like it but, short of doing something with absinthe, wonder about its cocktail applications. B+ [BUY IT NOW FROM AMAZON] 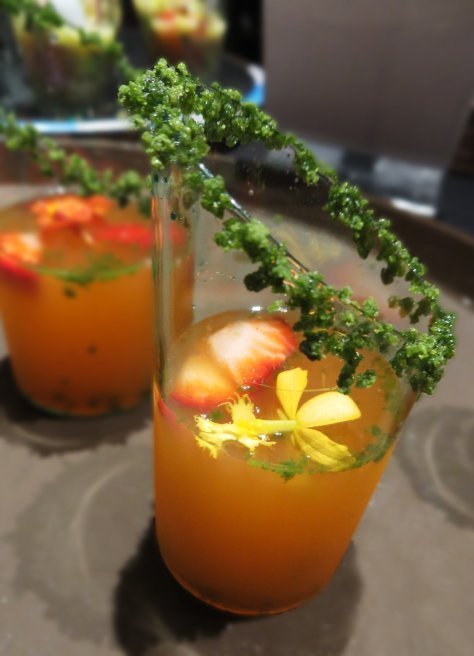