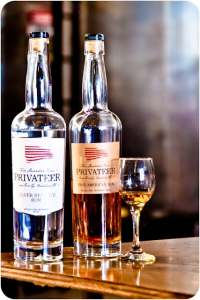 Another entry into America’s great and belated return to rum-making, Privateer hails from Massachusetts. I’ll spare you the lengthy backstory which includes a discovery of a colonial era flotilla of ships and a distillery owned by the ancestor of the distillery’s current proprietor. The bottom line: They’re making rum in New England again, people.

It’s unclear where the sugar cane for Privateer comes from, but it is distilled and bottled in New Essex, Mass. Thoughts on the distillery’s two expressions follow. Both are 80 proof.

Privateer Silver Reserve Rum – There’s a big, sugary nose on this white rum, with little underneath. Clean and fresh on the palate, it’s loaded with caramel notes, cake frosting, and a sweet vanilla finish. A touch of buttery lemon meringue and a sense of grassiness come along at the very end, but overall this is a sugar rush from start to finish. That’s on point for rum, but Privateer is ultimately a bit on the straightforward side. Batch #9 reviewed. B+ / $25 [BUY IT NOW FROM CASKERS]

Privateer True American Rum – This is Privateer’s amber rum, though it doesn’t actually say “amber” on the label (nor does it indicate anything about the aging program). It’s a bigger, bolder, burlier rum. The nose is much hotter, with sherried notes and a big orange peel bite to it. The body is huge, much bigger than the Silver, with a buttery texture. The body also offers more orange notes with hints of tobacco, cedar planks, and evergreen needles. I get more licorice as it opens up, leading to a light dusting of spice on the finish. Try in lieu of a spiced rum in cocktails for a more sedate, smoldering experience. Batch #6 reviewed. B+ / $30 [BUY IT NOW FROM CASKERS] 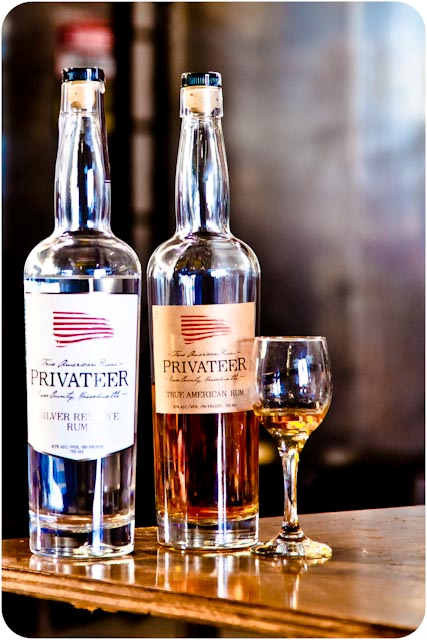