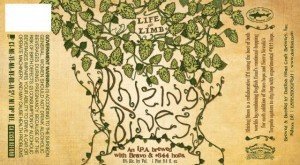 This curious Imperial IPA is a collaborative project, the third in the “Life & Limb” series, between Dogfish Head and Sierra Nevada, though the Dogfish DNA is more prevalent on the bottle and label. From the companies, you’re getting the best of both worlds: “Carolina-grown red fife wheat and Dogfish Head’s continual hopping from the East and Sierra Nevada’s estate-grown caramel malt and Torpedo dry-hopping from the West.”

The hops used here are Bravo (Dogfish Head) and #644 (Sierra Nevada), an experimental strain that has yet to be named.

Surprisingly fruity on the nose, it’s loaded with apple notes and some evergreen character. On the body, despite the 70 IBUs rating, it’s restrained for an Imperial IPA. Again, lots of fruit here, apples and some light grapefruit, modest hops, breezy grain character, and a mild but lasting finish that keeps the fruit notes coming and coming. The body’s a little on the flabby side, but far from a dealbreaker.

For those who like their beer with a tale to go with it, Rhizing Bines is a hit. 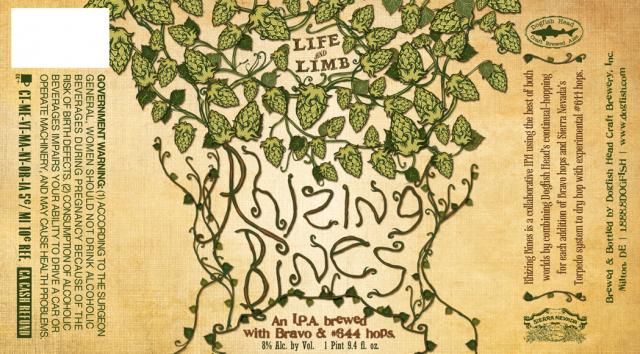