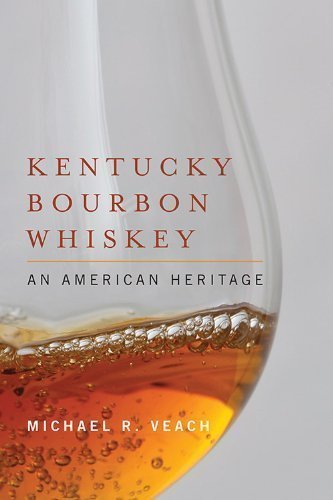 Historian Mike Veach is no stranger to bourbon history. He got his start fresh out of college at Louisville’s Filson Historical Society, archiving the papers of the famous Stitzel-Weller distillery. Over the last few decades, he has dedicated his career to preserving, documenting, and researching the stories of Kentucky’s greatest exports. He’s won numerous awards and earned the title of honorary Kentucky Colonel for his academic pursuits.
It makes perfect sense that someone with access to the craft’s most intensive information would compose such a comprehensive overview of bourbon’s history with his latest work Kentucky Bourbon Whiskey: An American Heritage.

Building on the legacy of books such as Gerald Carson’s The Social History of Bourbon (of which Veach wrote the foreword) and Henry G. Crowgey’s Kentucky Bourbon: The Early Years Of Whiskeymaking, Kentucky Bourbon Whiskey: An American Heritage provides a much-needed update. Veach tells his story using previously unearthed documents to dispel some long-held myths. To his advantage, Veach does so in an easygoing manner; opting out of the dry, academic tone commonly used in historical narratives. Veach takes the reader through the Whiskey Rebellion, the Civil War, Prohibition, and the golden age of Kentucky bourbon during the ’50s and ’60s. This last part alone is a purchase point for anyone whose library contains other titles that cover the earlier eras.

Author Chuck Cowdery astutely assesses that Veach’s book “adds significant new information to our understanding of the Kentucky whiskey industry.” Should a Bourbon 101 course ever make its way to an institution of higher learning, both Cowdery’s and Veach’s books would find themselves as the essential resources in the curriculum. Quite simply, it’s a fantastic read for anyone with even a remotely passing curiosity about bourbon’s expansive history.

Book Review: Bourbon: The Rise, Fall, and Rebirth of an American Whiskey
Posted in Books, Buy It Now, Rated A, Reviews, Top Rated