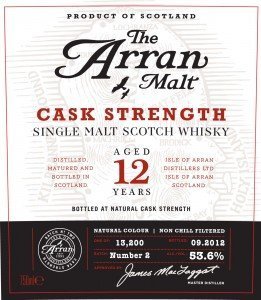 Arran, from Scotland’s Isle of Arran, normally releases overproof whisky as a matter of course — its 10 and 14 year old expressions are both 92 proof — but now it’s releasing for the first time in the U.S. a cask strength version of its 12 year old single malt.

This malt is typical of Arran, with youthful character, lots of grain notes, and saltiness on the finish. It’s a bit nutty in the center, but the nose seems a bit green, with a bit of a damp hay thing going on. At just 107.2 proof, cask strength enthusiasts may not feel this packs the wallop that most cask strength releases have, and the alcohol level is surprisingly low for a whisky of its age. That’s not a slight (the angels take what the angels take), but it may be something to keep in mind. 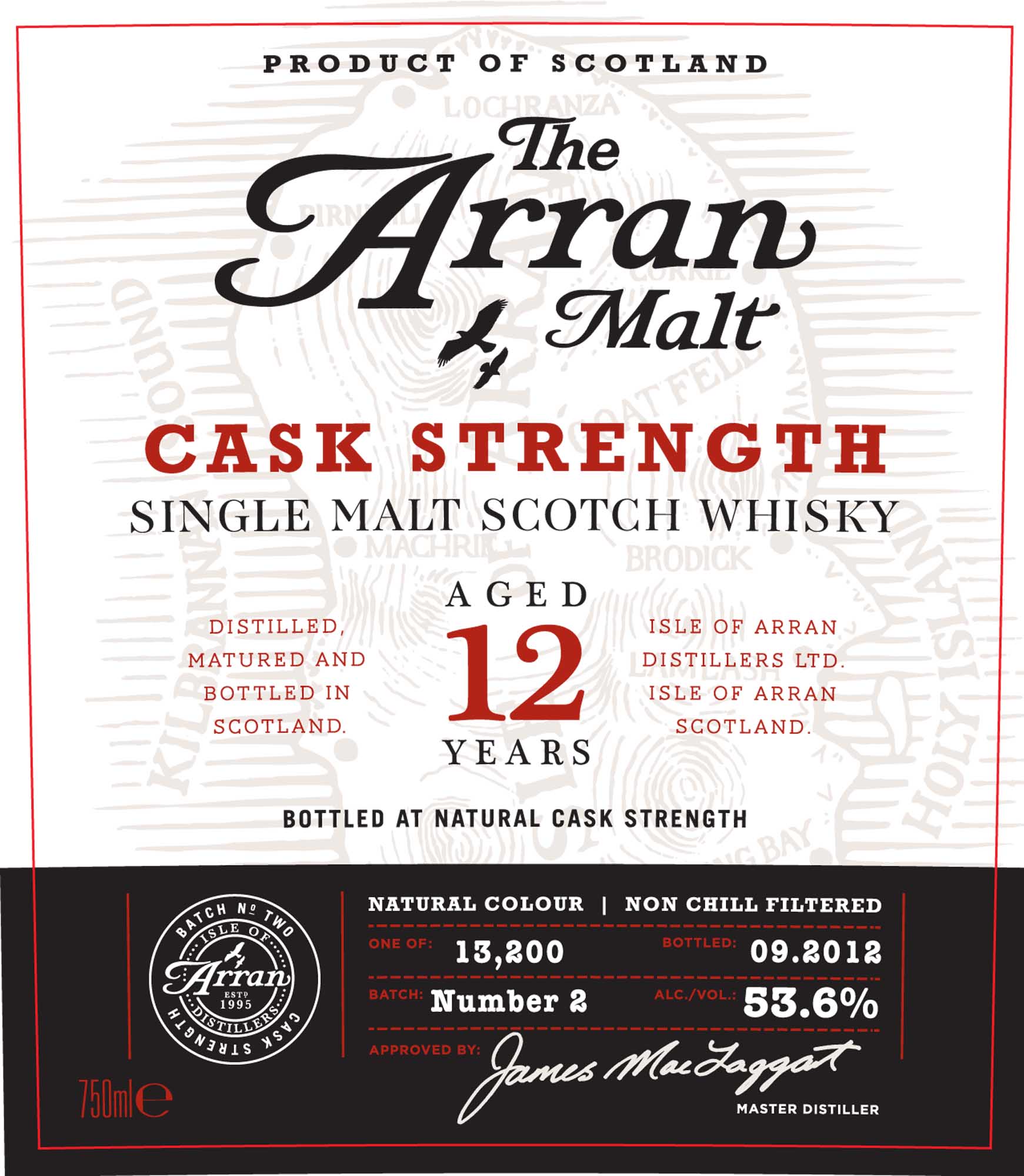