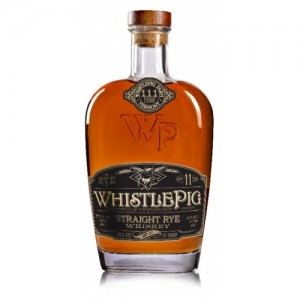 Since its release two years ago, WhistlePig has garnered a well-deserved reputation for producing one of the best 100% rye whiskeys in the biz — spicy, yet sweet and balanced. Now the company has upped the ante, with a slightly older (11 years instead of 10 years) and slightly hotter (111 proof instead of 100 proof) spin on the original. One feels that if WhistlePig could have figured out a way to squeeze 111% rye into the bottle instead of 100%, it would’ve.)

I sampled a bit of the very limited 111, aka TripleOne, at a recent event, but finally got the chance to sit down with a larger sample for reviewing. At the time, I declared the whiskey rum-like, with the funky notes characteristic of agricoles. I think that analogy still holds.

The nose is sweet-smelling, with touches of coffee, cloves, and strong wood notes. On the palate, it’s hot but not as fiery as you’d expect, offering the above, plus butterscotch, cinnamon, and fruitcake notes. Water brings out the sweetness, but reveals a finish that is a bit tough and tannic… a sign of a whiskey that, perhaps, has spent a touch too much time in wood after all.

Fun experiment and fun story… though the price may have you thinking long and hard about it. 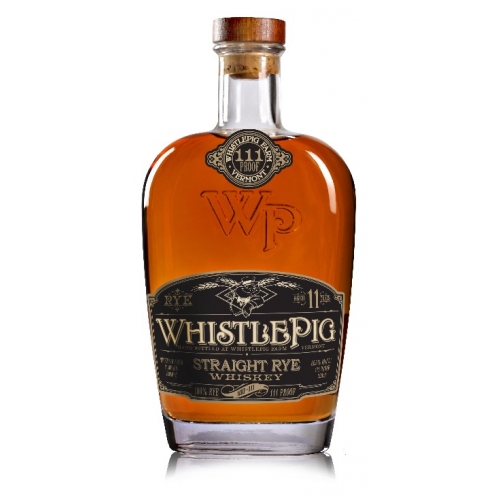