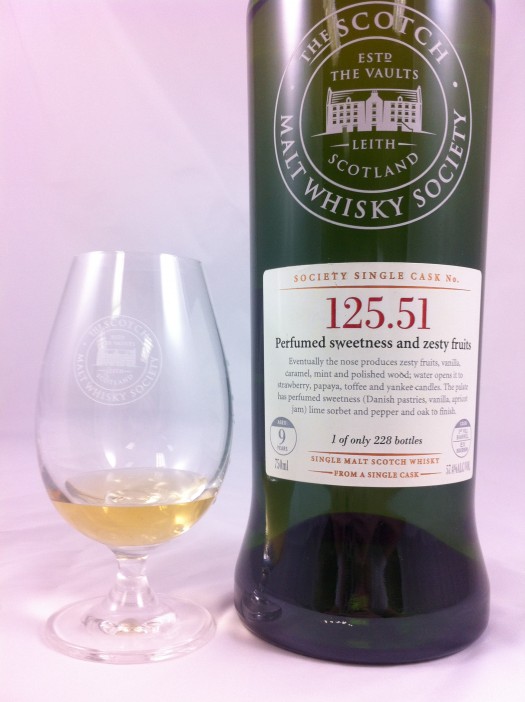 The SMWS has released its second outturn for December, including four bottlings of whisky — three single malts and a single grain whisky. Thoughts follow on what is an extremely varied batch of spirits.

SMWS Cask 48.26 – 23 year old Balmenach from Speyside – My first experience with Balmenach, a strange and unique Speyside whisky. Perfumed candy is my best attempt at describing it. Take a vanilla milkshake and stir in some jasmine, incense, and a melange of assorted potpourri and you have something approaching this whisky. The finish is a little weird, almost saccharine, with distinct cereal and wood barrel notes. Surprisingly pale. Not my cup of tea… which is, in a way, what this whisky resembles in more ways than one. Distilled 1988, 101.0 proof, 120 bottles allocated for U.S. B- / $115

SMWS Cask 125.51 – 9 year old Glenmorangie from the Highlands – A racy dram. Big peppery character up front mellows into marshmallow tones, with baking spices mixed in. Long and smooth, this drinks like a 15 year old malt instead of a mere 9er. Golden and fresh in the way that Glenmorangie can often be, with lots of citrus fruit, lemon, graham crackers, and toffee, it’s the whisky in this batch that I revisited more than any of the others. Distilled 2001, 114.8 proof, 150 bottles allocated for U.S. A- / $90

SMWS Cask G9.1 – 11 year old grain whisky from Loch Lomond in the lower Highlands – A brand made famous by its appearance in Tintin — it’s Captain Haddock’s whisky of choice. Definitely “grainy,” it’s got a light and gently herbal/nutty nose that turns toward the earth when you take a sip. The body is chewy, with intense wood, heather, and young grain notes. Not bad for a grain spirit, but the somewhat mushy and unfocused body just doesn’t compare to the real deal. Distilled 2000, 115.6 proof, 48 bottles allocated for U.S. B / $100 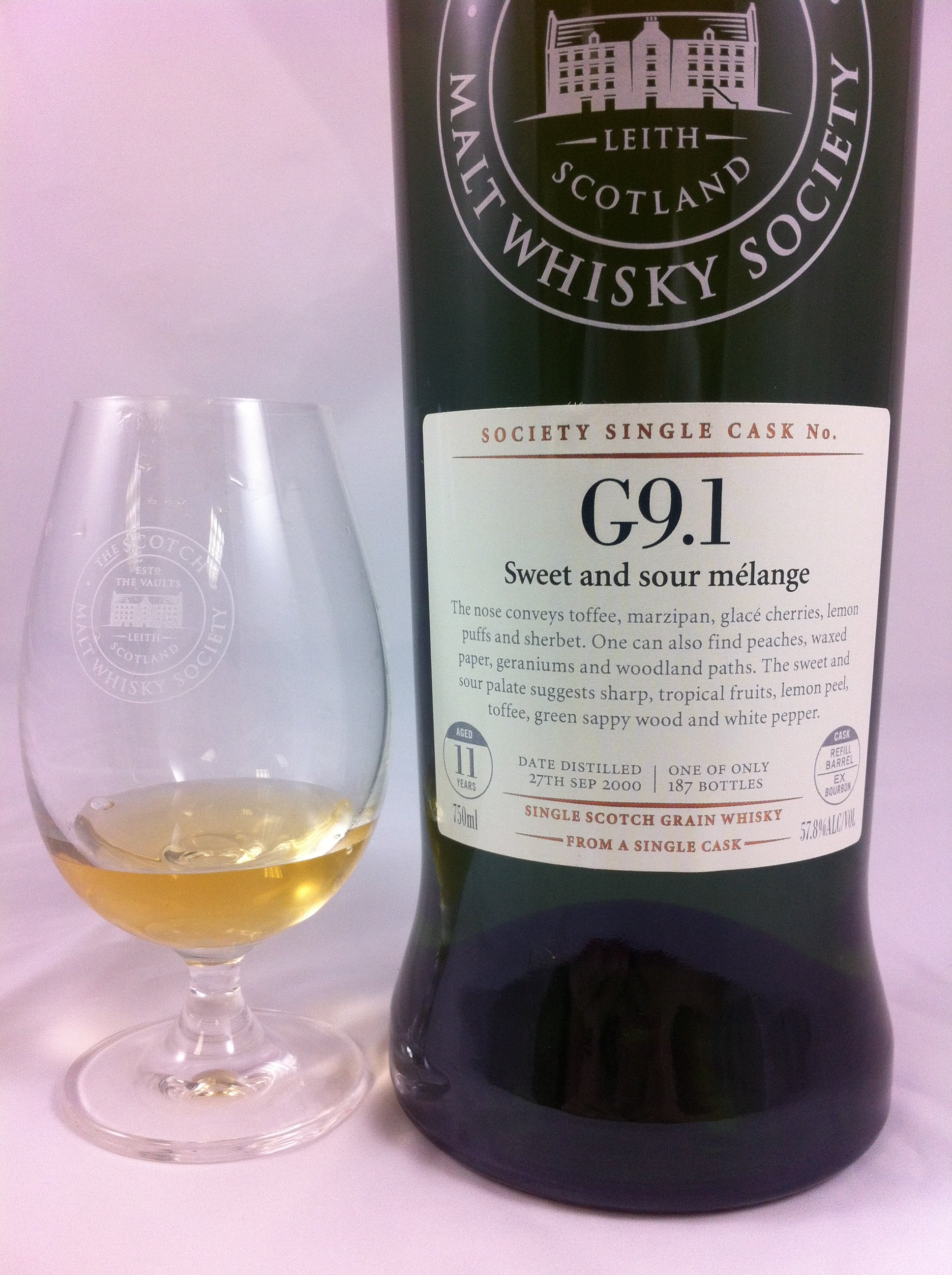