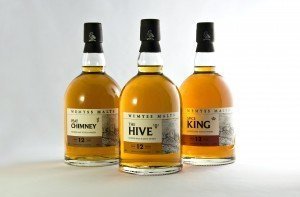 Wemyss Malts produces a variety of whiskys in Edinburgh, and while it does make some single malts, it is probably best known for its blends.

Now the company has launched a line of new blends, three different expressions, each 12 years of age: The Hive, Spice King, and Peat Chimney. If some of that sounds familiar, you’re not crazy. Wemyss has an 8 year old version of Peat Chimney, which you can still find on the market. That said, finding any Wemyss whisky on the market is never very easy, so if the expression sounds interesting to you, snap it up regardless of its age.

Thoughts on the new 12 Year Old blends follow. All are 80 proof.

Wemyss Malts The Hive 12 Years Old – The name refers to bees and honey, and for good reason. This malt is as honey-sweet as they come, though not unpalatably so. The nose speaks of orange flowers and lemon, but is very light. The body is heavy on the honey, as expected, backed with touches of earth and resinous tree sap notes. The sweetness is a huge rush, right from the start, but it eventually simmers down, leaving behind a long, though decidedly straightforward, taste of honey. B+

Wemyss Malts Spice King 12 Years Old – With a name like Spice King you’ve got a lot to live up to. This malt has some berry notes on the nose and features the bready, nougat tones characteristic of younger single malts. The body is similar, the semi-sweet flavor French Toast backed by touches of cinnamon, nutmeg, and some savory spice. Simple but not unpleasant. B [BUY IT NOW FROM CASKERS]

Wemyss Malts Peat Chimney 12 Years Old – As if the world of whisky wasn’t confusing enough, Wemyss also makes a version of Peat Chimney that’s 8 years old. My notes are similar to the 8 Year Old. The peat is easygoing and understated, a lightly smoky but also sweet blend that recalls barbecue smoke. Not much else to find inside… hints of honey and cherry notes, and ample wood (burning or otherwise). B+ [BUY IT NOW FROM CASKERS] 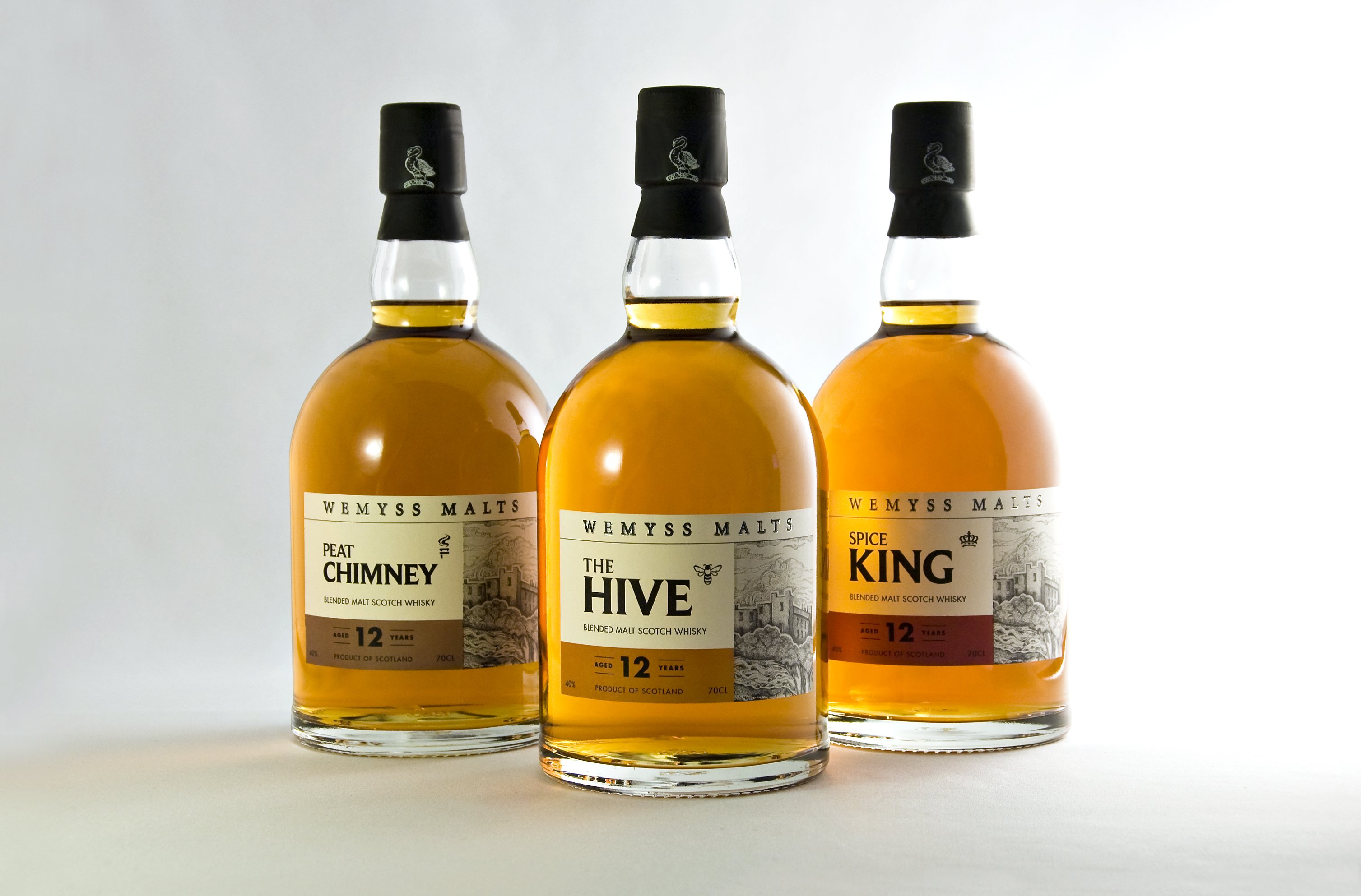