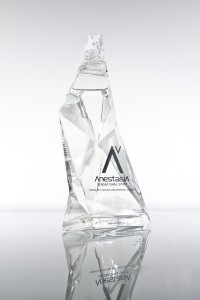 Much has been written about AnestasiA to date, so I won’t belabor obvious points. This weird and wacky spirit is far from the beaten path. I’m sure there are tons of club kids who’ll find this to their liking. I found it strange to the power of 100.

AnestasiA is marketed as a “Sensational Spirit” which pleasantly tingles in your mouth. Initially I thought this meant it was a carbonated/sparkling vodka, but that’s not the case. In fact it is a flavored vodka that “consists of naturally occurring ingredients and flavorings that are commonly used in the food industry.”

That flavoring primarily appears to be a member of the menthol family.

Nosing a glass of AnestasiA reveals a brisk lemon character that’s backed with some traditional medicinal tones plus a sort of rubbery quality. But take a sip and you’re in for something entirely unexpected: A powerful menthol character that immediately numbs the lips and makes the back of the throat chilly. I’m not overstating things here; this is not a subtle effect. The menthol is so powerful it feels like you’re drinking a liquified cough drop, or a bottle of Chloraseptic. The numbness in fact persists for at least a minute, maybe two.

With this numbing effect in play, it’s hard to say much about what AnestasiA actually tastes like. It’s vodka at the core, but I couldn’t begin to describe it. My palate is numbed by the menthol component… hence, I suppose, the “anesthesia” inspired name. For someone expecting a more traditional vodka, the attack to the palate is jarring.

For what it’s worth, the vodka is made from organic Oregon-grown corn in Bend, Oregon, distilled five times, filtered through charcoal and volcanic rock, and gluten-free. The packaging — striking and unwieldy, to say the least — is made from 40% recycled glass. It’s now available in New York only.

I give AnestasiA copious points for originality. It’s far from understated though, and I’m not sure I can describe it as vodka, either. Sure beats Sucrets, though, and I’m sure it’ll be a big hit this Spring at your local rave. 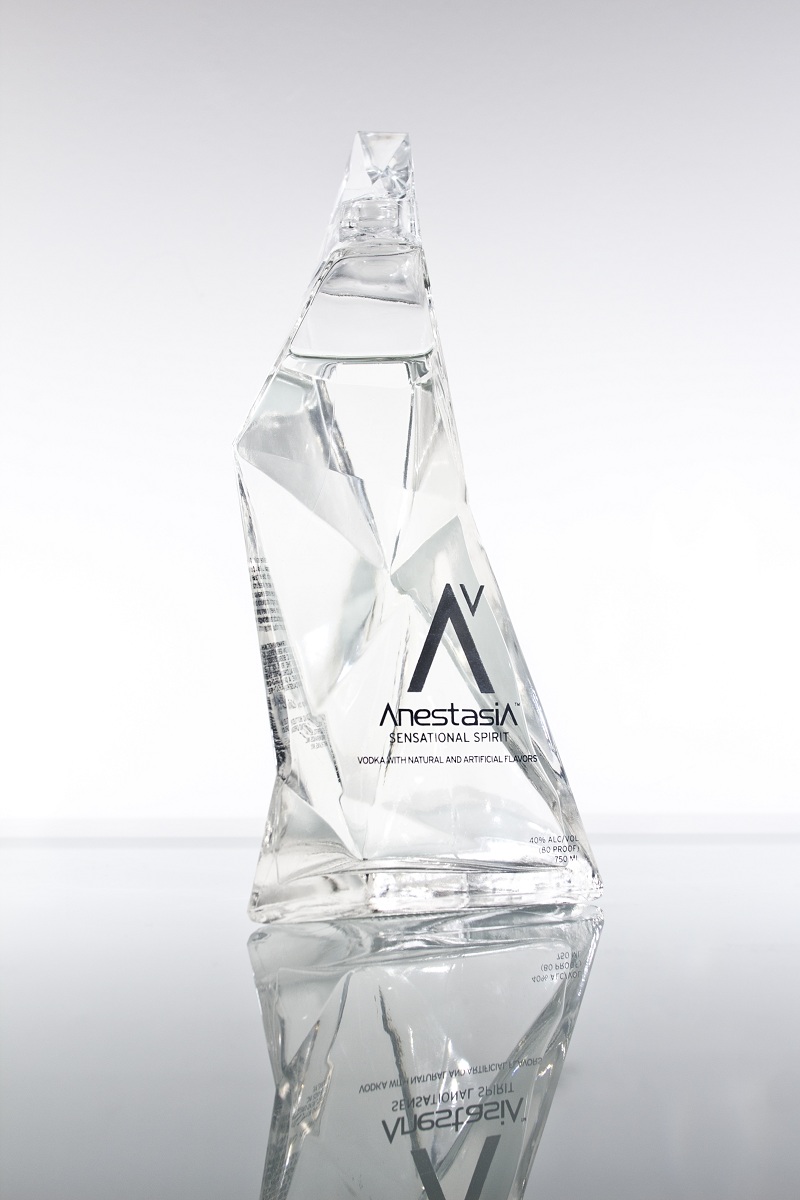