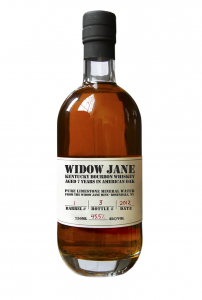 How then does Widow Jane come to say “Kentucky Bourbon” on the label? Widow Jane is distilled in the Bluegrass state then shipped to New York for bottling, where it is cut down to bottle proof with local water. It’s that water that gives the whiskey its name and its distinction vs. other spirits.

Where does the name come from? Per the company:

The water used to create this product comes from the Widow Jane mine in Rosendale, New York. Rosendale Limestone possesses an even higher ratio of beneficial minerals than that found in Kentucky and its sparkling waters are as pure as its namesake, the Widow Jane. The greatest structures in New York are from the gargantuan caissons that allowed the Brooklyn Bridge to soar, to the Statue of Liberty’s 27,000 ton pedestal, to the Empire State Building itself are all held fast and strong by that Rosendale stone.

A combination of unfiltered 91 proof Bourbon and highly mineralized water can lead to a very slight cloudiness (calcium) in the bottle which appears when agitated. It is yet another attractive part of this package. Widow Jane Whiskey is a true New York City whiskey, evocative of both the rock that created the foundation for this city of skyscrapers and the forward looking, DIY spirit that has made Brooklyn the center of a new artisanal food and beverage movement.

However, despite all this, they can still put “Kentucky Bourbon” on the label… Funny thing, those liquor laws!

The company has previously sold a 5 year old version of Widow Jane. Here we have the new 7 year old for review.

Deep copper in color, this is serious whiskey from the get-go. I didn’t detect any cloudiness. The nose is rich with cherry and wood, with light touches of menthol and camphor.

It’s got a gorgeous and lush body, lots of heavy caramel and vanilla, backed up by ample cinnamon and baking spice, orange peel, and banana. Spicy and racy, this is a bit of a bruiser, and I would have pegged the proof level at considerably hotter than it really is. Water goes a long way with Widow Jane. But even then it’s a burly and punchy spirit. This is a whiskey that’s lots of fun, and perfect for reminiscing about what ye olde saloon might have been like — in Kentucky or New York. 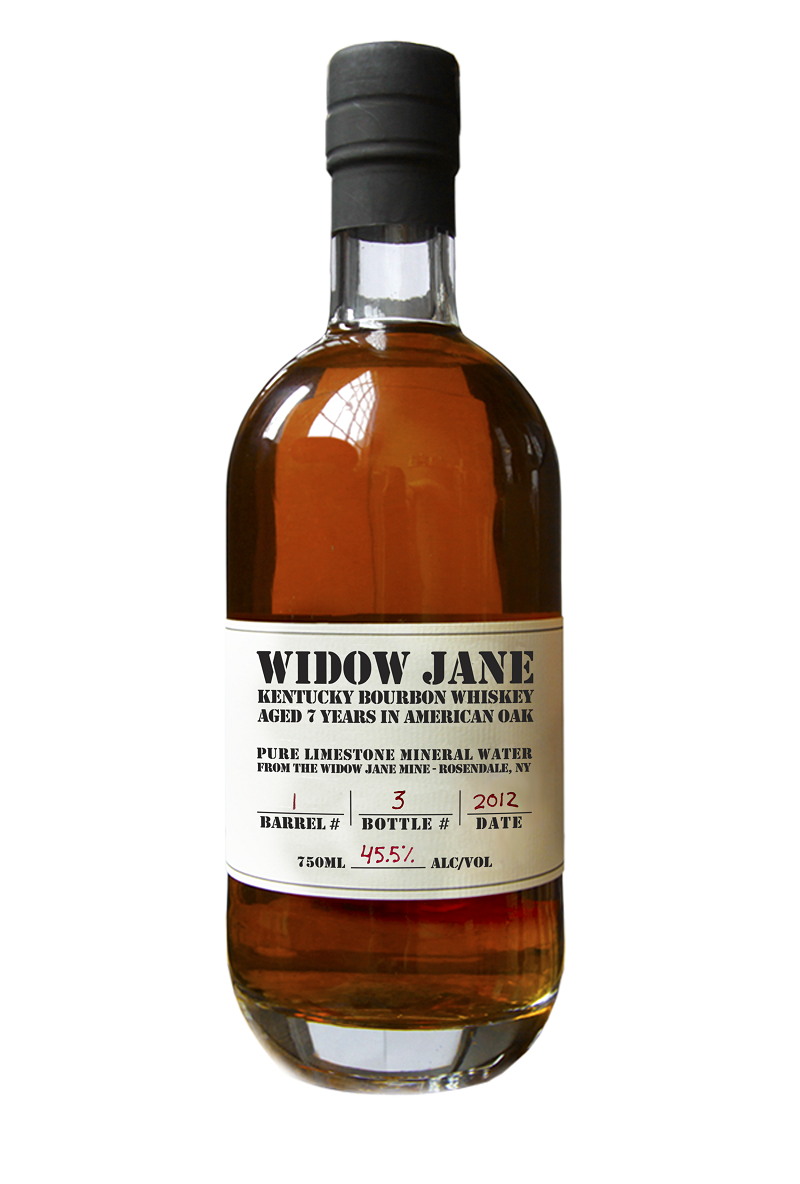