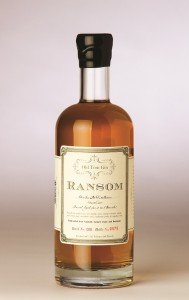 A reader recently turned me on to Ransom’s Old Tom Gin, asking (nay, begging) for a review. I’m obliging.

Ransom Old Tom Gin is different than most gins. For starters, it’s yellow, not clear. That’s a characteristic of the rarely-seen Old Tom style, which was popular in the mid-1800s and faded into obscurity when the more juniper-focused London Dry Gin. It is traditionally sweetened, and it stands between genever and traditional gin on the spectrum of flavor and funkiness.

Ransom worked with mixologist David Wondrich (slogan: “I’m everywhere!“) to create this spirit, a reconstruction of what Old Tom would have been like in its heyday. It starts not with grain neutral spirit but malted barley, which is blended with an aromatic-infused corn spirit and run through another alembic pot still one last time, just for good measure. It’s then aged for 3 to 6 months in barrel before bottling. Aromatics include only traditional gin ingredients: juniper, orange peel, lemon peel, coriander, cardamom, and angelica root.

The gold color sets you up for something whiskey-like, and some of those grain notes come through on the nose. The body, however, is more gin-like than you’d think. The orange peel and coriander are strong, the juniper not so much. The barley base comes through in spades on the finish, tempered just a touch like a very young whiskey, but fading out with notes of wood oils and some tannin. Definitely a gin for the whiskey fan, but not something so strange that your average G&T man can’t appreciate it. 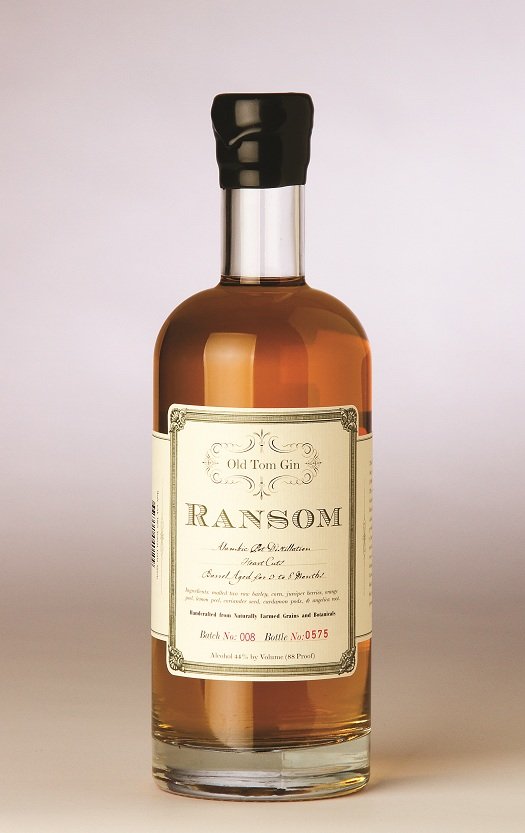