Many new release announcements in the past day, just in time for the upcoming holiday season. Here we go:

Nonjatta is reporting that the Japanese chapter of the Scotch Malt Whiskey Society is readying not one but three Nikka single casks for their members. We’ve got coverage of a few of the upcoming general releases from Nikka from WhiskyFest, coming soon. (They’re outstanding!) [Nonjatta]

Balvenie releases the sixth edition of its Tun 1401 series, the second batch released exclusively in the United States. Check out our review of the third edition here. [PR Newswire]

Impex Beverages has announced that two expressions of Arran Single Malt will be ready for the holiday season, with distribution exclusively to the United States. Around 180 bottles of both the Bourbon Single Cask and Sherry Single Cask expressions were picked by Isle of Arran distillery manager James MacTaggart, and will retail for about $130. [Impex Beverages]

And in one non-release note, Drink Spirits takes a behind the scenes tour of the Lagavulin distillery. Well worth the read if only to enjoy the beautiful accompanying photos. [Drink Spirits] 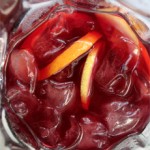